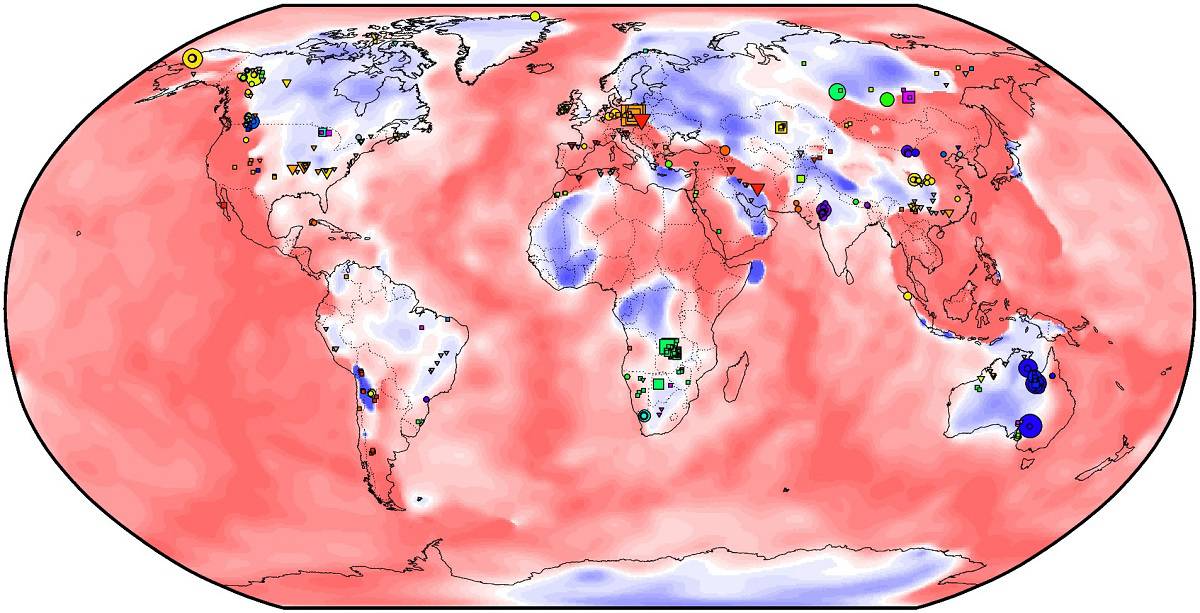 Scientists have discovered structural lines around 170 kilometres below the Earth’s surface they say appear to signal the locations of large deposits of copper, lead, zinc and other metals.

These are too far down to be found using current exploration methods but are shallow enough to be mined, they suggest in a paper in the journal Nature Geoscience, which has the potential to narrow search areas and reduce the footprint of future mines.

The study found that 85% of known base-metal deposits hosted in sediments, and all “giant” deposits (holding more than 10 million tonnes of metal), lie above deep lines girdling the planet that mark the edges of ancient continents.

A map shows zones looping through all the continents.

“These deposits contain lots of metal bound up in high-grade ores, so once you find something like this, you only have to dig one hole,” says lead author Mark Hoggard, from Columbia University, US.

The study stemmed from a 2016 mapping project in Australia and involved researchers from Geoscience Australia, the Australian National University, and Harvard University, US.

They found that the richest Australian mines lay along the line where the lithosphere – the crust and upper mantle – grades out to 170 kilometres as it approaches the coast. They then expanded their investigation to 2100 sediment-hosted mines across the world and found an identical pattern.

Some of the 170-kilometre boundaries lie near current coastlines, they say, but many are nestled deep within the continents, having formed at various points in the distant past when the continents had different shapes.

The authors believe the deposits formed when thick continental rocks stretched out and sagged to form a depression. This thinned the lithosphere and allowed seawater to flood in. Over time, these watery low spots were filled with metal-bearing sediments from higher-elevation rocks.

Salty water then circulated downward until reaching depths where chemical and temperature conditions were just right for metals picked up by the water in deep parts of the basin to precipitate out to form giant deposits, anywhere from 100 metres to 10 kilometres below the then-surface.

The key ingredient, the researchers say, is the depth of the lithosphere. Where it is thickest, little heat from the hot lower mantle rises to potential near-surface ore-forming zones, and where it is thinnest, a lot of heat gets through.

The 170-kilometre boundary created the right temperature conditions, as long as the right chemistry was present.

Originally published by Cosmos as Metal lodes may be hidden deep