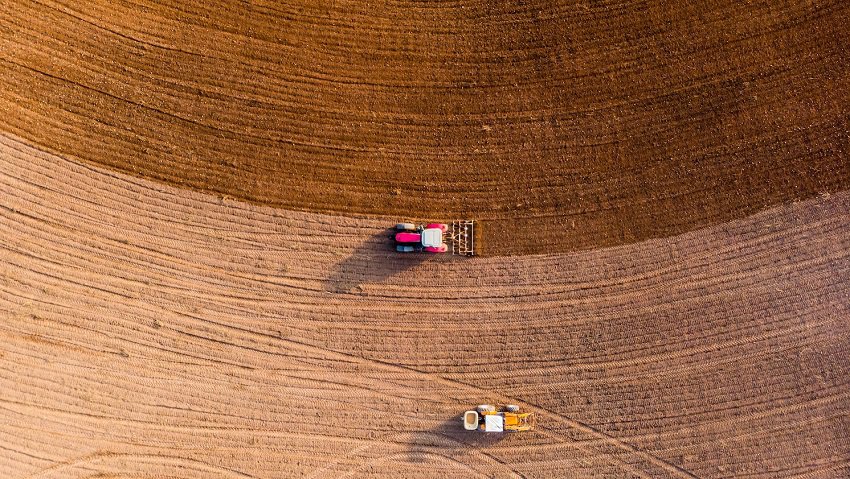 Scientists have used modern technology to show that an ancient approach to agriculture may be the best. Satellite imagery of nine US corn belt states – covering around one million square kilometres – and soybeans in three states shows that reducing crop tillage (ploughing) produces notably greater yields of both crops over the longer term.

The practice, known as “conservation tillage”, is a key principle of conservation agriculture that seeks to revitalise soil and, in turn, improve long-term crop productivity.

Emerging after the 1930s Dust Bowl in the US and adopted more broadly in the 1980s and ‘90s, it is now applied on more than 150 million hectares globally – particularly in South America, Oceania and North America.

However, some farmers remain wary because the benefits are long term, and many previous studies – carried out over the short term and often in research settings that don’t reflect real-world practices – have produced inconsistent outcomes.

“Worries that it can hurt crop yields have prevented some farmers from switching practices,” says Jillian Deines from Stanford University, US, the lead author of a paper published in the journal Environmental Research Letters.

But this frequent disturbance erodes soil, damages its structure, reduces water retention and interferes with resident bacteria that are pivotal to soil health and crop yields.

This year the US produced more than 300 million metric tonnes of corn and 100 of soybeans, representing a third of global production, for food, oil, feedstock, ethanol and export.

To compare the yield of farmers who engaged in conservation versus conventional tilling, the Stanford team accessed published data from satellite imagery taken between 2005 and 2017.

Conservation tillage covered nearly half the total corn cropland in 2017, an increase of 17% since 2012. Cover cropping – one of three stalwarts of conservation agriculture, along with lower tillage and crop rotation – only covered 3.4% of the area, albeit an increase of 75%.

The researchers analysed long-term crop yields using a forest-based machine learning algorithm, accounting for other variables such as weather and soil conditions.

Overall, they found that corn yields increased on average by 3.3% and soybeans by 0.74% in fields where long-term conservation tillage practices had been adopted, amounting to an extra 11 million metric tonnes of corn and 800,000 million of soy.

The yields were higher in some areas and lower in others, largely due to differences in soil water content and seasonal temperatures, with better outcomes in drier, warmer regions.

Wet conditions were favourable to conservatively ploughed crops except during the early season when conventional tillage helps to dry and aerate water-logged soils.

“Figuring out when and where reduced tillage works best could help maximise the benefits of the technology and guide farmers into the future,” says senior author David Lobell.

The best results come from continuous, long-term implementation; according to the team’s calculations, corn farmers won’t see the full benefits for 11 years and soy farmers double that period.

But this is counterbalanced by lower costs for labour, fuel and farming equipment, and small positive gains start even during the first year, accruing over time as the soil’s fertility improves.

Conservation tillage can also reduce water requirements and the need to leave fields fallow for soil regeneration, yielding further spin-off benefits, the authors note, although socioeconomic factors need to be considered in future analysis and adoption of the practice.