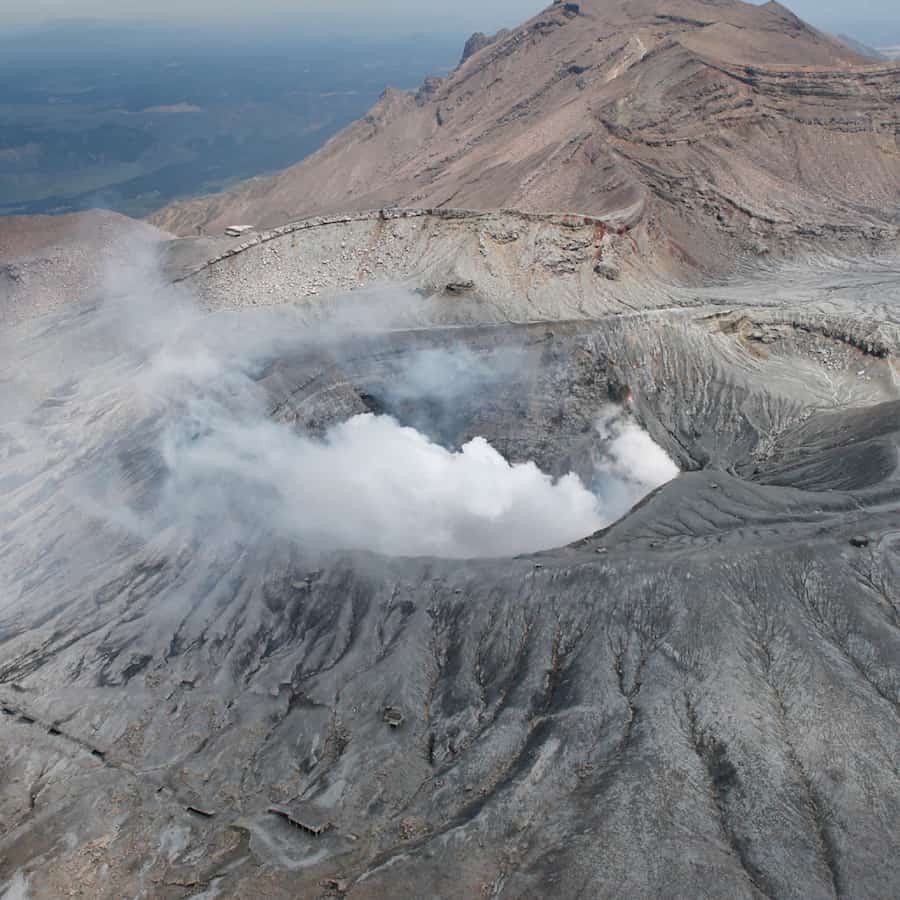 When an earthquake tore down a fault line in Japan in April this year, its destructive course may have been halted early thanks to a crater beneath a nearby volcano.

A day after the magnitude-7.1 Kumamoto earthquake struck Kyushu Island in southwest Japan, Japanese seismologists, led by Aiming Lin of Kyoto University, headed into the field to investigate its passage.

According to their paper published in Science today, the quake had torn through 40 kilometres of earth along the Hinagu–Futagawa Fault Zone, as well as a series of newly discovered faults, in close proximity to nearby Mt Aso – one of the world’s largest active volcanoes.

Although experts know there’s a relationship between volcano and earthquake activity, it’s a tricky interaction to study because examples don’t come up too often.

The proximity of this quake to Mt Aso presented a rare opportunity.

The researchers identified new faultlines cut into a 380-kilometre-wide crater that forms part of Mt Aso. Interestingly, the rupture that cut into the volcanic crater – also known as a caldera – terminated suddenly.

The cause of this interruption, the researchers suggest, was the magma chamber under the volcanic crater around three kilometres beneath the Aso caldera.

At the depth of the magma chamber, around six kilometres below the crater, the quake’s ruptures ceased, probably because the magma chamber’s extreme temperature (around 580 °C) sent the seismic pressure upwards instead of continuing its path.

“Magma is fluid so it absorbs stress,” says Lin.

“That’s why the damage – the co-seismic rupturing – shouldn’t travel any further.”

This change in pressure direction created a new series of stress fields beneath the active volcano.

Importantly, the researchers suggest the new ruptures under the caldera could potentially trigger an eruption of Mt Aso in the near future and they urge experts keep a close eye on its activity.