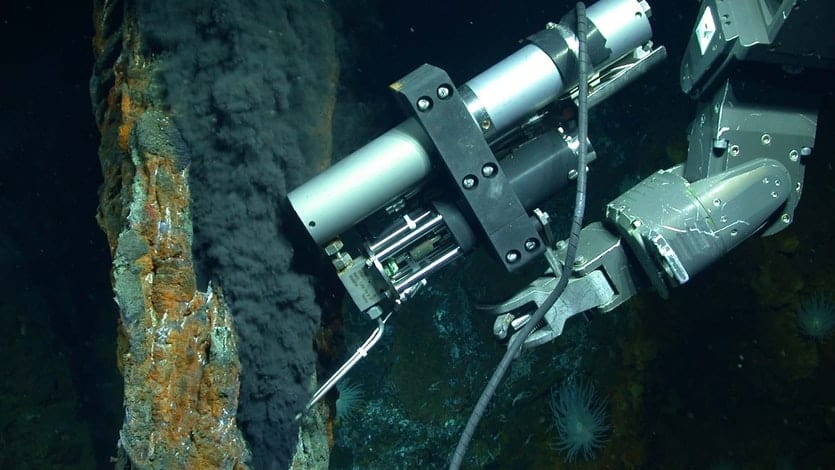 Scientists know methane is released from deep-sea vents, but its source has long been a mystery.

Now a team from Woods Hole Oceanographic Institution, US, may have the answer. Analysis of  160 rock samples from across the world’s oceans provides evidence, they say, of the formation and abundance of abiotic methane – methane formed by chemical reactions that don’t involve organic matter.

Nearly every sample contained an assemblage of minerals and gases that form when seawater, moving through the deep oceanic crust, is trapped in magma-hot olivine, a rock-forming mineral, the researchers write in a paper published in Proceedings of the National Academy of Science.

As the mineral cools, the water trapped inside undergoes a chemical reaction, a process called serpentinisation, which forms hydrogen and methane.

On Earth, deep-sea methane might have played a critical role for the evolution of primitive organisms living at hydrothermal vents on the seafloor, Seewald adds. And elsewhere in the solar system, methane produced through the same process could provide an energy source for basic life forms.