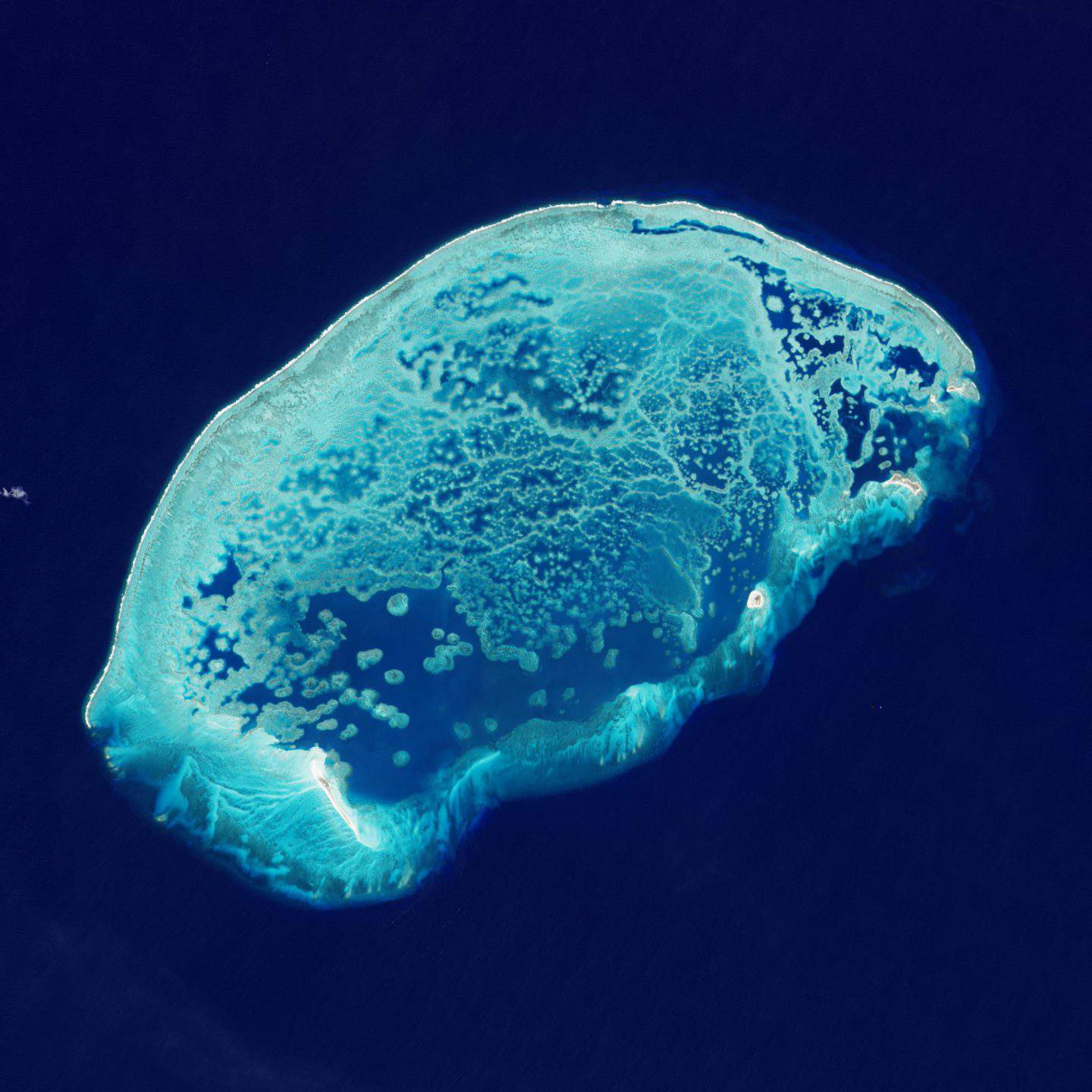 This satellite image shows the Arrecife Alacranes, or Scorpion Reef, in the Gulf of Mexico. Five small islands can be seen along the western edge (at the bottom of the picture) of the coral formation, while the rest of the giant structure is submerged.

Several species of coral have grown together over thousands of years to build the reef. As well as the coral, the reef contains the remains of algae, foraminifera and molluscs.

Isla Perez, the third island from the right, is home to a lighthouse built in 1900 and a small human population.

Originally published by Cosmos as Coral from above