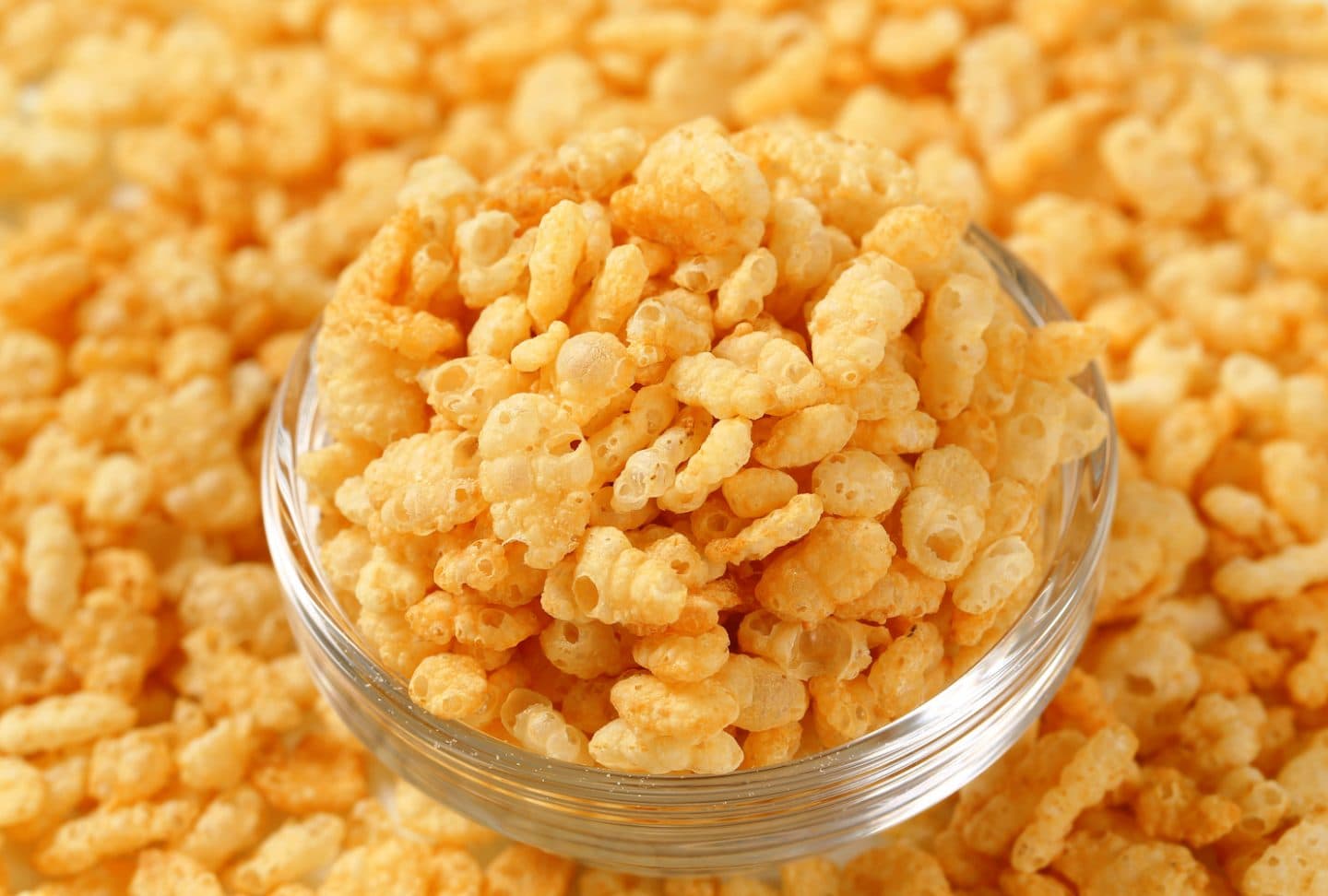 Want to better understand collapsing ice sheets? Then pay attention to the snap, crackle and pop of your breakfast cereal, Australian scientists say.

Researchers have long known that porous materials can crumble under pressure or be dissolved by fluids over lengthy timescales. But in many natural systems — such as ice sheets, rockfill dams or sinkholes — these materials are exposed to both liquid and high pressures at the same time, meaning that collapse events can get a little more complicated.

It is, of course, difficult to keep tabs on a natural system for a million years or recreate massive pressures in the lab, so scientists don’t yet fully understand how these materials move and deform.

Now, in a study published in the journal Science Advances, researchers at the University of Sydney have scaled the problem down to fit into their morning bowl of cereal, using puffed rice to model these processes.{%recommended 7995%}

“All of these tend to crush upon interaction with chemically active fluid — puffed grains with milk, rock grains with underground water, and ice with meltwater,” explains lead researcher and civil engineer Itai Einav.

While the problem of soaking puffed rice in milk is not as life-threatening as the collapse of a dam, it can be observed in just minutes — and unlike a dam, a cereal bowl can fit in a lab.

Along with co-author François Guillard, Einav placed a sample of the rice in a vertical cylinder and applied constant pressure from the top down. Then fluid was injected into the lower part of the cylinder to soak the sample. The researchers noticed a sudden drop of stress in the system, accompanied by clicking sounds caused by the micropores of the cereal being crushed.

“A whole layer of such micropores seemed to crush all at once,” says Einav. “Their synchronised sound could be heard all around our laboratory.”

These events were dubbed ‘ricequakes’, caused by the dry pack collapsing into the wet. The abrupt collapses kept occurring incrementally, with the delay between quakes increasing as time went on.

A simple physics-based mathematical model was then developed to explain the quakes. It linked them to the flow of liquid into the tiny pores of the puffed rice, making them soggier and weaker over time.

By scaling the model up to deal with timescales of years rather than seconds, the researchers believe it may help understand more significant collapse events, such as in dams and ice sheets.

“Fascinatingly, the recurring ricequakes we model in cereal appear reminiscent of recurring tidal icequakes in Antarctica — twice daily!” Einav says. “In that sense, our modelled experiments can help to reinterpret such global phenomena.”

It’s important to note, however, that such a simple model may not be accurate for all systems, some of which might be dominated by other physical stresses. Icequakes, for example, might also be affected by the frictional force as ice slides along its rocky foundations.

But Einav and Guillard have high hopes for the future of breakfast-related research, and are keen to explore the existence and dynamics of ricequakes in other materials.