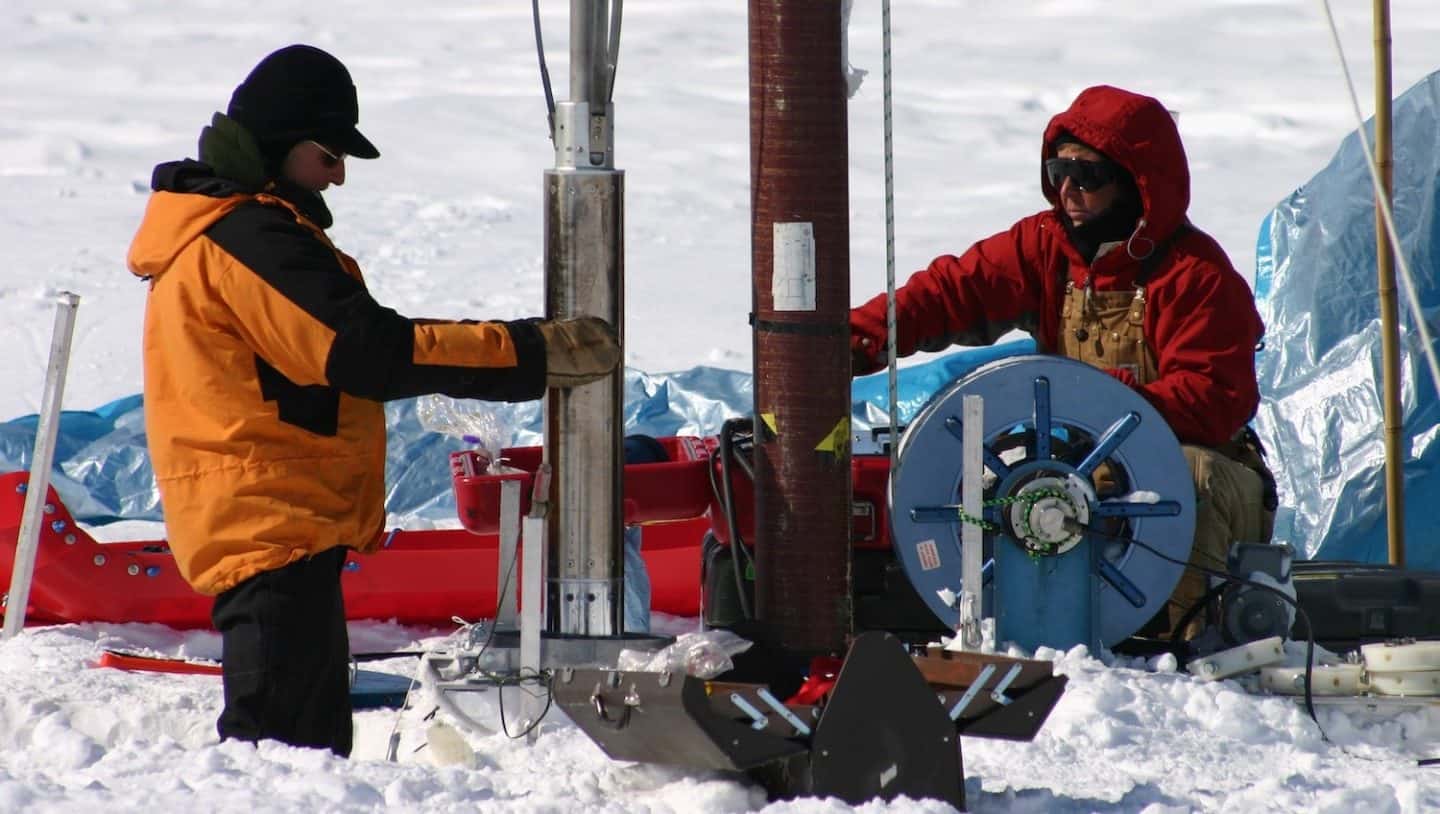 Lead concentrations trapped in Arctic ice cores parallel periods of growth and technological progress across centuries and give insights into the pollution produced by industrial activities.

The ice cores show that lead pollution escalated 250- to 300-fold from the Early Middle Ages to the 1970s, when it started dropping after the US Clean Air Act and other environmental initiatives were enacted.

Since then, lead levels in the ice cores have fallen more than 80% – but they are still about 60 times higher than they were at the beginning of the Middle Ages.

To measure them, a multidisciplinary research team led by Joseph McConnell from the Desert Research Institute in Reno, US, used advanced atmospheric modelling to determine movement of lead through the atmosphere before it settled on the Arctic ice sheets.

They used established methods to accurately date lead concentrations which they then aligned with historical events.

The study extends work published by some of the authors in 2018.

That research analysed lead levels in a single ice core from Greenland and found they corresponded closely with historical European events between 1100 BCE and 800 CE – a period that included the Greek and Roman empires.

It found that persistent increases in lead emissions started around 1000 BCE, coinciding with Phoenician expansion into the western Mediterranean.

The present study extends the record from 500 to 2010 CE and draws from a larger area spanning half the Arctic, including 12 ice cores from Greenland and one from Severnaya Zemlya in the Russian Arctic.

“Using an array of 13 ice cores instead of just one,” says McConnell, “this new study shows that prior to the Industrial Revolution, lead pollution was pervasive and surprisingly similar across a large swath of the Arctic and undoubtedly the result of European emissions.

“The ice-core array provides with amazing detail a continuous record of European – and later North American – industrial emissions during the past 1500 years.”

Interestingly, they increased during times of imperial expansion and political stability, new technologies and economic growth; for instance, the discovery of new mining areas in central European locations like the German Harz and Erzgebirge Mountains.

Lead pollution fell when plagues, including the Black Death and cholera pandemics, wiped out vast regions during the Late Middle Ages and Early Modern Period. Other drops coincided with wars, famines and climate disruptions such as the Little Ice Age.

While the research helps environmental scientists understand the impact of human activity on the planet, it also reveals how nations have historically responded to challenging times, says co-author Andrew Wilson, from the University of Oxford, UK.

“These core ice-records … are helping historians to understand and quantify the ways that societies and their economies have responded to external forces such as climate disruptions, plagues, or political unrest,” he says.

The study is published in the journal Proceedings of the National Academy of Sciences.