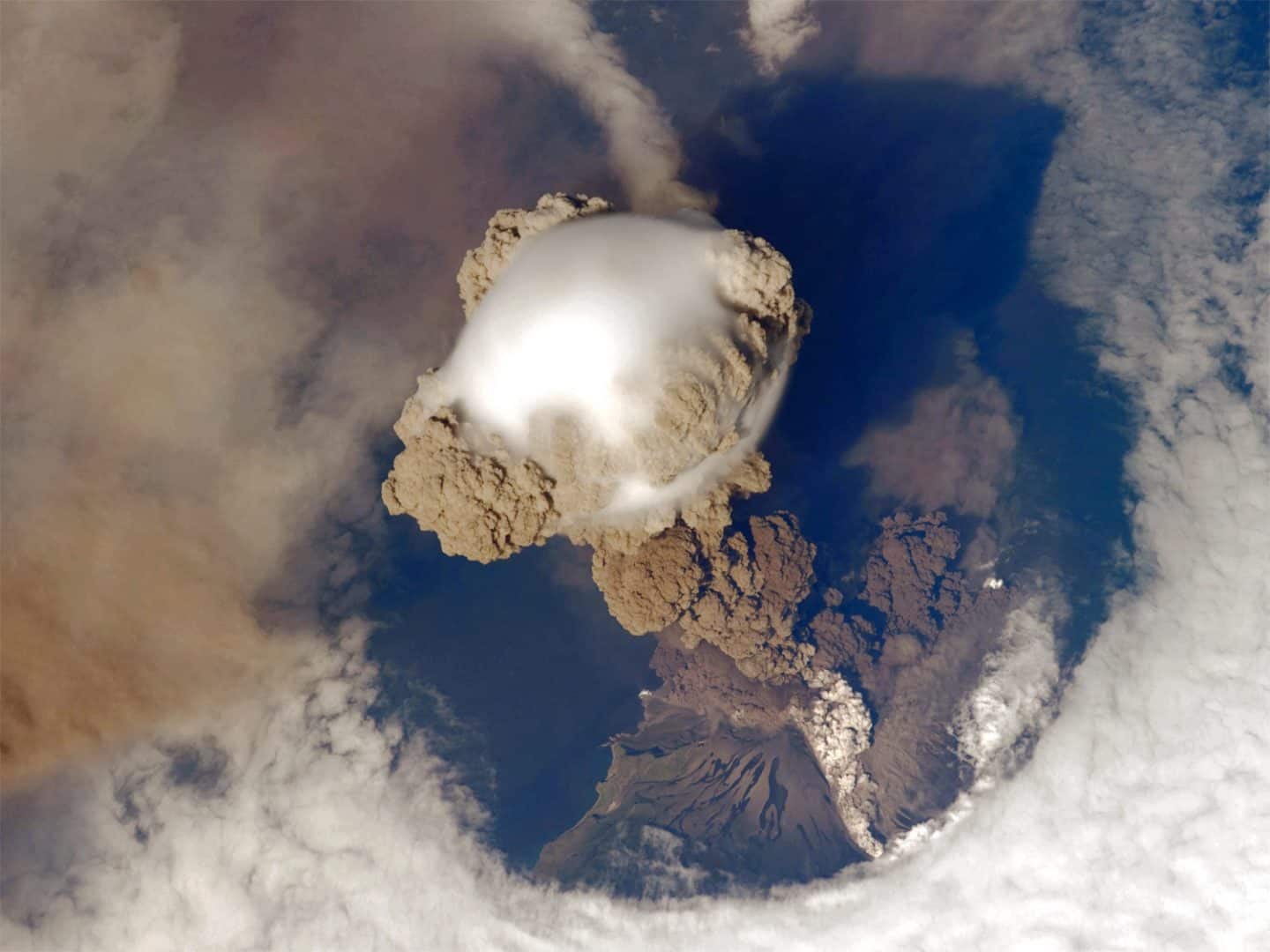 The picture taken from the International Space Station shows the eruption of Sarychev volcano, in the Kuril Islands northeast of Japan, on 12 June 2009.

As luck would have it, the orbit of the ISS took it past during the early stages of the explosive volcanic eruptions. Lack of wind meant that the plume from the eruption was not disturbed and can be seen clearly.

The plume rising from the volcano appears to be a combination of brown ash and white steam, with a bubble-like appearance. The smooth white cloud on top may be water condensation that resulted from rapid rising and cooling of the air mass above the ash column. This cloud, which meteorologists call a pileus cloud, probably didn’t last long – the eruption plume would have soon punched through it.

By contrast, a cloud of denser grey ash appears to be hugging the ground, descending from the volcano summit. The rising eruption plume casts a shadow to the northwest of the island. Brown ash at a lower altitude of the atmosphere spreads out above the ground at image lower left. Low-level stratus clouds approach from the east, wrapping around the lower slopes of the volcano.

Originally published by Cosmos as A volcano through the clouds