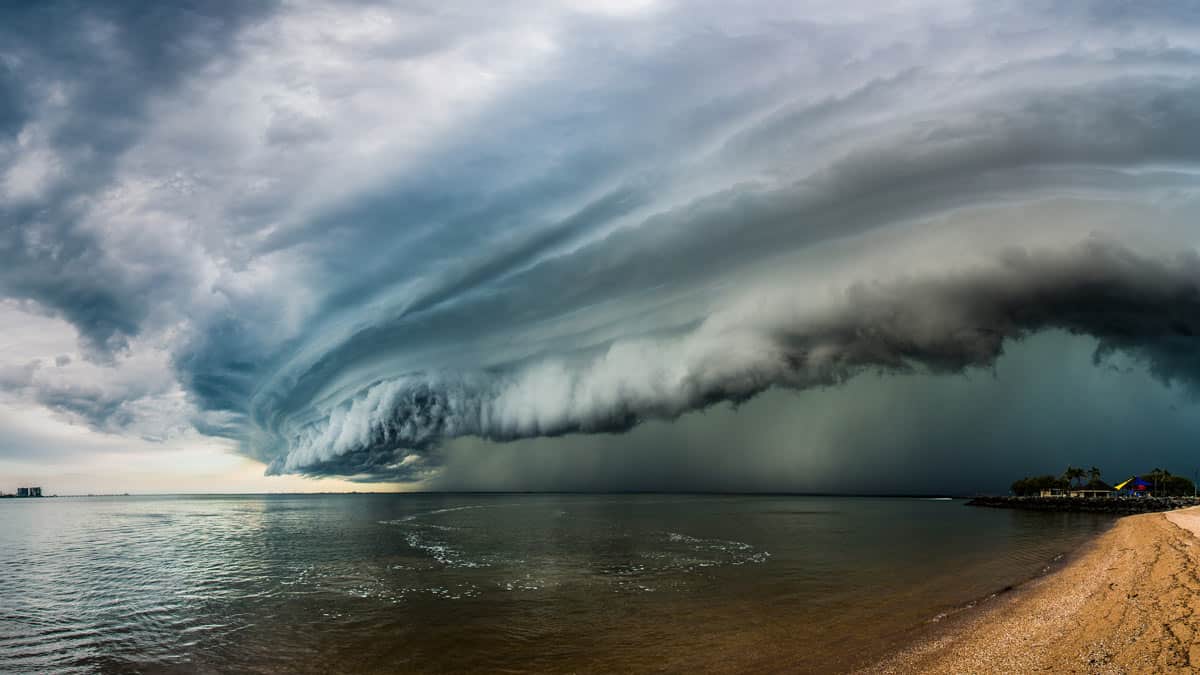 Weather forecasters tend to get a bad rap. How accurate are their predictions, really, and how do they come up with them?

I love to hate my weather app. A missed day out in the sun when it was predicted to rain? An absolute atrocity! Left in the cold without a coat after it was supposed to be balmy? Fire those frauds!

The field of weather forecasting has come a long way since the 1860s, when Robert FitzRoy – earlier in life the captain of HMS Beagle on Darwin’s famous voyage – began predicting storms by telegraphing the weather from one side of the UK to the other, but sometimes it still feels like we’re reading tea leaves or phases of the moon.

The last few years in particular seem – at least anecdotally – to be worse than they used to be, and yet a Bureau of Meteorology (BoM) spokesperson told me that they reported a 2% improvement in forecast accuracy for 2020–21. So, what is going on here?

“It’s a really interesting social science question,” New Zealand weather and climate researcher James Renwick told me. “I can trot out statistics and show graphs of improvements, and explain the skill of the forecasts. The one-day forecast is almost perfect all the time now. The two-day forecasts are almost as good.”

And yet: “People still have this attitude that weather forecasts are always wrong.”

And there are plenty of conspiracies and theories out there to back up these attitudes. Everything from COVID to earthquakes to climate change can be blamed for why the weather forecast just doesn’t seem as good as it used to be. You’ve probably got your own theory picked up from a friend of a friend. But after putting a number of these theories to Renwick and BoM, it seems like it might be less about global forces, and more about what’s going on in our heads.

“Maybe there’s more extremes and they’re always hard to forecast properly. But the basic patterns are the same as they were thousands of years ago, and they’ll be the same a thousand years into the future.”

To get those little numbers and symbols on our weather apps takes a surprising amount of effort and money.

First the forecasters have to collect the information about what the weather is doing right now. That comes from weather stations across the country, ships, planes and many, many, satellites. The more accurate information forecasters are able to get at this early stage the better, because its accuracy will determine the accuracy of their predictions.

Once the current weather data is obtained, it’s input into specialised weather models to predict what’s going to happen in the future. Although this is mostly done on supercomputers, the maths behind it is largely fluid dynamics.

“The atmosphere and the ocean are just two fluids on the Earth,” says Renwick, who started his career as a meteorologist. “They move around and you can use Newton’s classical equations to describe how that happens, how things will change.”

The weather models move forward through time in tiny increments. They start with what the weather is now and then project what it will look like in, say, 10 seconds. The model then notes what it sees, then plugs in that 10-second future as if it was now over and over again until there’s a forecast that stretches into the future.

The closer it is to the “now” data there’s less ability for error, but as the projections stretch forward days and even weeks, small errors can magnify and branch away from what the actual weather is going to be – which is known as ‘the butterfly effect’. Models try to overcome this uncertainty by running the system multiple times with slightly different ‘starting states’.

“You put a bit of noise into your estimate of the starting state, and run the model again, and again and again, and see how those forecasts compare,” Renwick says. “If they diverge, then oh dear, the weather is not very predictable.

Interestingly, this goes much further into the future than just next week. Renwick, who now does climate change research and has been a part of the last three Intergovernmental Panel on Climate Change reports, points out that climate models used for projections and weather models are based on the same principles.

In the meantime, BoM and other weather services have their work cut out for them to convince the public that they know what they’re doing. On its website, BoM has myriad information about just how good they are at doing this stuff.

For example, they note that the accuracy of their next day temperature forecasts in 2020–21 was 89.3% for the maximum temperature, and 80.9% for minimum. The Bureau considers itself ‘accurate’ if its prediction is within 2°C of what the temperature ends up being.

BoM admits that rain is harder to predict than the temperature, particularly as rainfall sometimes only happens in a small area.

“While weather elements like temperature and wind can be the same across large areas, rainfall varies much more,” BoM writes. “That’s why our forecasts include information about the chance of any rain, along with a possible rainfall range amount.”

BoM wasn’t able to give me the next-day accuracy about chance of rain, but they did provide the accuracy of the next day possible rainfall range. The graph below shows that in 2020–21 the Bureau was more accurate than in the previous five years. However, the graph also shows that they regularly predict less rain than what actually falls.

This is only the accuracy of the next day forecast – as we go further into the future, the more uncertainty we’re likely to see.

“Models of forecasting – they’re great at 24 hours, they’re pretty darn good at 48,” explains Nate Byrne, the ABC News Breakfast weather presenter who trained at the Bureau. “Up to 72 they’re pretty good but beyond 72 hours it’s a bit meh.

“A 1 km/h error in wind speed over 24 hours would mean that bit of air travelled just 24 kilometres away from where you thought it would be, but over the course of a week that’s going to be hundreds of kilometres away.”

Byrne also explains that the way we look at simple forecasts – called precis forecasts – aren’t telling us the whole story. This is the forecast where you see the temperature highs and lows and a picture of rain or a sun to illustrate what the weather is going to be like.

BoM and many other meteorological organisations also provide a much more detailed forecast, with weather updates provided for certain times throughout the day, wind speeds, and other information that would give you more context for the day’s weather.

“A detailed forecast for example might say sunny morning, cloud increasing through the afternoon, evening shower or two, maybe three millimetres of rain and winds turning south-westerly 10 to 15 knots,” says Byrne. “They get way more information. For those places where operationally it really, really matters, they’re never looking at a precis forecast.”

So, although you might see ‘rain’ on the precis forecast, diving a little deeper would show you that the rain isn’t coming until the evening, so your lunchtime barbecue is safe.

When it comes to an accurate forecast, the app you use is also important. You might assume that the data all comes from the same place, but the weather results you get from Google, for instance, are not from BoM or another local source – they’re from The Weather Channel.

“You’re fine to use whatever you’ve got on your phone if you don’t care,” says Byrne.

“The Bureau is a public good that’s created to service Australians and to provide us with the best up-to-date information all the time – and they’re held to account. Private companies that do the same thing aren’t.”

You should also be aware of private groups that publish forecasts for weeks or even months in advance. Although knowing the weather for your wedding day in a month’s time might seem helpful, it’s almost definitely wrong.

Byrne and Renwick agree that using your local government-owned meteorological organisation is your best bet for getting the most accurate weather forecasts.

“All the meteorological organisations (like BoM or New Zealand’s MetService) will do a great job,” says Renwick. “But there are plenty of private companies that provide weather information – some of it is good, some of it is not that good.

“So, make sure you’re getting the info from a good source. That’s not a bad start.”

All of these things combined is probably the source of my weather whinging. I have a bad habit of Googling the next weekend’s forecast on a Monday, then not checking it again closer to the time, and then being outraged when the weather’s different to what I’d thought earlier in the week.

Despite all the advances, technology and skill, “no forecast of the future of anything is certain,” says Renwick.

After all, weather forecasters are one of the few professionals that tell us what’s going to happen days or weeks in advance, and despite the difficulties (and grumpy users) they’re correct nearly all the time.

“I just know [that at BoM] it’s a bunch of people who actually care and who try really, really hard and they put all sorts of processes in place just make sure they do the best they can,” says Byrne. “And that’s why I trust them. We’re literally predicting the future. When you think about it like that it’s incredible.”

Originally published by Cosmos as Whatever the weather: how do they know? 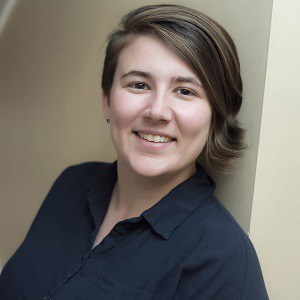