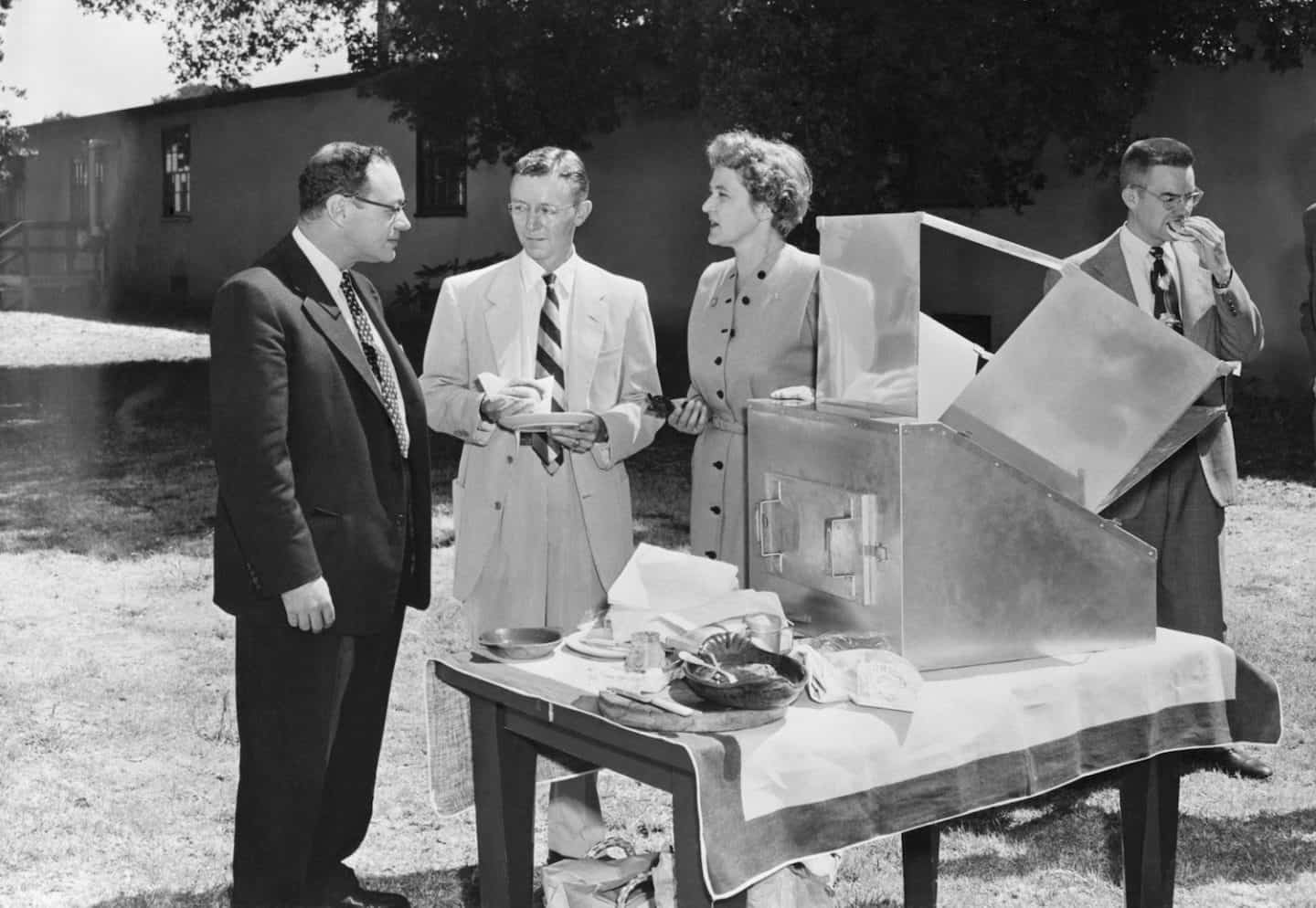 “We know that time will come when we shall require a consciously engineered plan for solar energy utilisation instead of simply burning up everything we can burn as rapidly as we can find and produce it,” wrote Eugene Ayres, a solar energy researcher working for the Gulf Oil Company, in August 1950, in a paper titled Space Heating with Solar Energy, delivered to a symposium at the Massachusetts Institute of Technology (MIT) and published in Scientific American magazine.

Along with Ayres, among the 98 people registered to attend the MIT conference were three of special significance. Writing in the June 22, 2010 issue of MIT Technology Review, journalist Morgan Sherburne reported: “But embedded in this forward-thinking conference was another revolution – the opening of the field to women.”

Two of these women “were the talk of the conference”, Sherburn wrote: Maria Telkes, an MIT researcher, and Eleanor Raymond, an architect, “for having dreamed up and built the Dover House, a home heated entirely by the sun”.

Maria Telkes, born in Budapest, Hungary, on 12 December 1900, was no stranger to those attending the conference, having already earned the nickname “Sun Queen” for her work in harnessing solar energy.

She migrated to the United States in 1925, and in 1937 joined Westinghouse Electric as a research engineer, according to her biography in the Engineering and Technology History Wiki.

In 1940 she joined MIT’s Solar Energy Conservation Project. Among her inventions during this time was a portable method of converting salt water into clean drinking water.

The Encyclopedia of World Biography says Telkes designed a solar still that was small enough to be used on life rafts to provide drinking water to people waiting for rescue at sea, “and it saved the lives of many torpedoed sailors and downed airmen during World War II”.

She also designed solar food-preparation ovens that were cheap, simple and easy to build. {%recommended 8216%}

Still, the talk of 1950 was: “Woman Scientist Collaborates with Woman Architect to Design Dwelling.”

The Dover House, reported Morgan Sherburne, “was the only existing house heated solely with solar energy”.

Sherburne described the Dover House as “a typical home chopped in half, a shape designed to help it collect sufficient light”.

“A bank of 18 windows lined the second storey of its south-facing wall, which was a storey higher than its north-facing wall. Behind those windows, Telkes installed panels of glass and metal to soak up the sun’s warmth, heating the air that her system blew between the glass and metal layers.

“The warmed air traveled through a duct and across enclosed, insulated storage bins built into the walls of the house. The bins were filled with 21 tonnes of Glauber’s salt. On sunny days, the salt melted and absorbed heat, cooling the air in hot weather. When the temperature fell, the salt cooled and recrystallised, giving off its stored heat.”

(Glauber’s salt, the sodium salt of sulfuric acid, melts at 32 degrees Celsius and stores heat at seven times the efficiency of water.)

The Dover House system performed as designed for more than two years before its components broke down.

“The problem of the sun-heated house cannot be solved by one or two experimental houses,” Telkes said. “But each new house is another experimental stepping stone toward the use of the sun as a fuel resource.”

Telkes went on to attain a brilliant list of achievements, including work on solar thermoelectric generators in outer space.

She died on 2 December 1995, while making her first visit to her hometown of Budapest in 70 years, the New York Times reported.

Originally published by Cosmos as Science history: All hail the Sun Queen