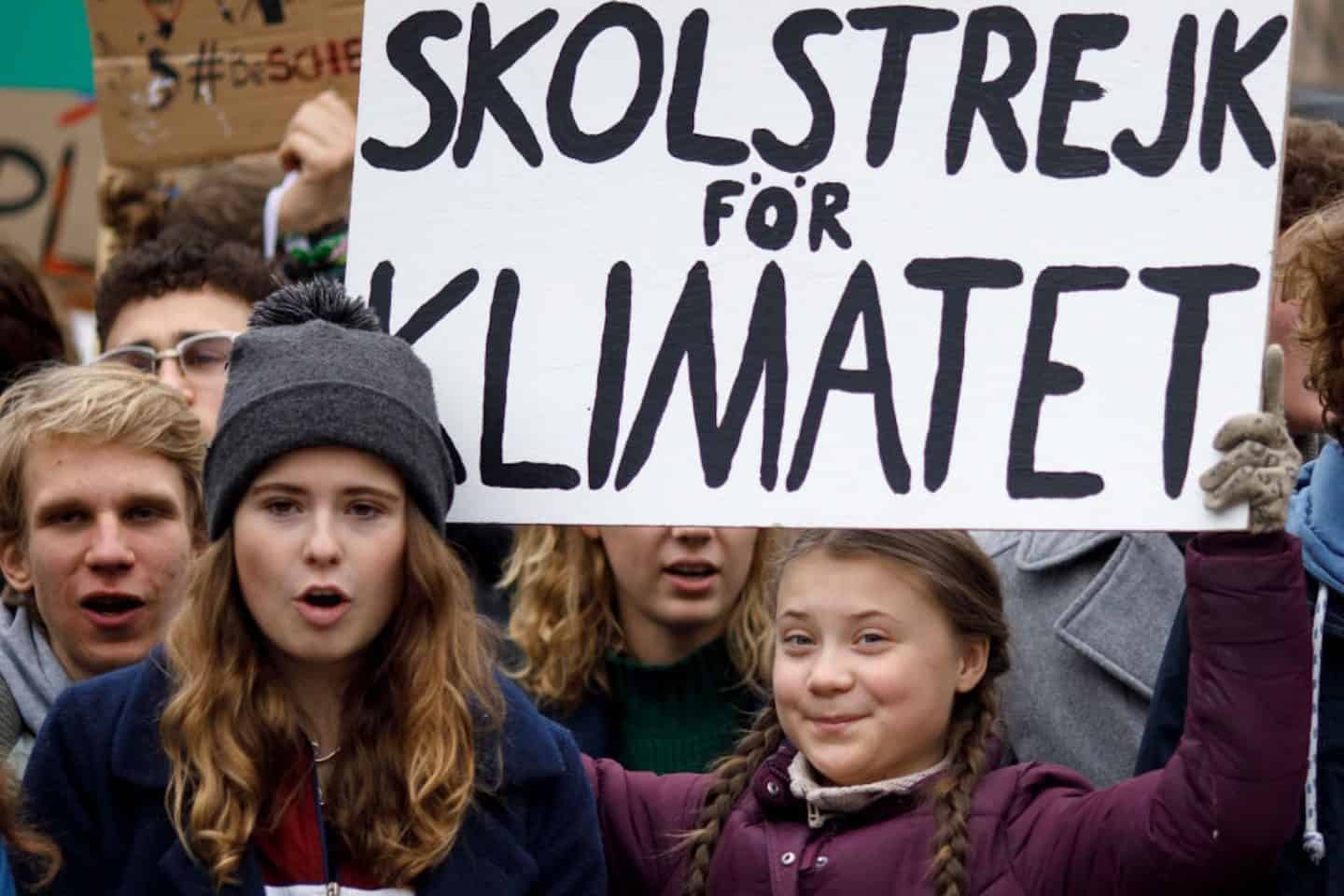 But just as natural systems appear to have “tipping points” in which positive feedbacks can accelerate the rush toward such disasters, it may be that human socio-economic systems may also have tipping points that can help ward them off.

In the natural world, these points include factors such as the loss of sunlight-reflecting snow and ice, or the release of planet-warming methane gas from melting permafrost, both of which can accelerate the rate of global warming.

In the socio-economic world, “good” tipping points would be ones that might induce corporations and individuals to rapidly increase activities that help prevent climate change, even if political institutions are still dragging their feet.

“It’s one of the few positive stories [in the field],” says Matthew Ives, a systems modeller at the Institute for New Economic Thinking at the University of Oxford, UK, and coauthor of a paper in the journal Science.

He compares it to the famous butterfly effect in chaos theory, in which a small change to a sensitive part of a complex system “can have outsized results, thanks to feedback dynamics”.

It works, he says, by shifting the focus from traditional approaches such as the Paris Agreement, to “sensitive intervention points,” in which seemingly simple tweaks in socio-economic, technological, and political systems can self-amplify into radical change.

One way in which this can be done, he explains, is by requiring corporations, especially those with fossil fuel assets, to fully disclose to investors the financial risks they face from global warming and the implications of a possible shift away from fossil fuels.

“That is a critical system that is on a tipping point that, if not tomorrow, [is] not far into the future,” Ives says, “because there is a huge risk in the way they do their accounting.”

These companies’ stock prices, he says, are highly dependent on the future price of oil. If consumers shift to alternative forms of energy, and fossil-fuel prices fall, it would drive down their stocks, shifting investment dollars elsewhere, including to alternative-energy producers.

In 2017, he says, one oil company looked at this risk and concluded that a mere 10% cut in its anticipated future oil prices, from $80 to $72 per barrel, would cut profits in half.

Meanwhile, he says, prices of renewable energy have been steadily declining. So who cares if US President Donald Trump hates wind farms? Alternative energy costs have still been steadily decreasing

Photovoltaics, for example, have been decreasing in price by about 10% per year since 1990. Now, Ives says, “we are around where they are on parity with fossil fuels”.

Once alternative energy sources get past the tipping point where they are actually cheaper than fossil fuels, Ives argues, this will lead to a massive devaluation in the latter and a rapid shift to the former.

The stock market, he adds, may also amplify this effect.

“As soon as one stock starts getting re-evaluated,” he says, “then all of them start getting re-evaluated. Once a buyer sees a major investor pulling out [of fossil-fuel-dependent stocks], and others start doing the same, that has a cascading effect.”

A similar bandwagon effect may also apply at the consumer level. If one person buys a solar panel and puts it on their roof, others see it, and may decide to buy their own.

From a socio-economic perspective, adds Ives, it may mean that creating incentives for consumers to buy solar panels may be more effective than encouraging them to invest in other energy-saving technologies, such as better insulation. “People don’t see insulation,” he says.

In the US, a group of students in Oregon have sued the federal government, arguing that they have a constitutionally protected “life, liberty, and property” right to a sustainable climate. So far, their lawsuit has survived two challenges, all the way to the Supreme Court.

In Europe, a 16-year-old student named Greta Thunberg has become an international celebrity, speaking to the United Nations and leading anti-climate-change rallies far from her native Sweden, partly because of another positive feedback mechanism: the amplifying effect of the internet and social media.

“Suddenly, you’ve got people around the world protesting, based on the inspiration of this one, 16-year-old girl,” Ives says. “That’s a perfect example of these feedback dynamics.”

Marc Hafstead, an economist at Resources for the Future in Washington, DC, and director of its Carbon Pricing Initiative, who was not part of the study team, agrees with the “tipping point” concept.

“Even with the Paris Agreement,” he says, “we are falling short. I think it’s good to ask how we can tip the system to try to get more change and get on track to where we need to be.”

That said, he cautions against focusing too strongly on trying to tip the scales on individual alternative-energy technologies.

However, he likes the idea of political motivation as a tipping point.

“We need public support for the types of policies that are going to be necessary,” he says.

“Whether it’s [through] more young people voting, or more awareness through storms and droughts — the cost of climate hitting us in the face — we need some type of change to our political system to get the policies in place.”

In the US, he adds, one such political tipping point might come via Republican members of Congress.

From what he has been told, many of them are not, behind closed doors, nearly as opposed to climate control policies as they appear to be in public.

“They need a tipping-point moment to come out in a group and feel like they have political cover,” he suggests.

The idea that there might be ones that could help protect the climate, he says, therefore seems likely “to be [both] useful and valuable.”