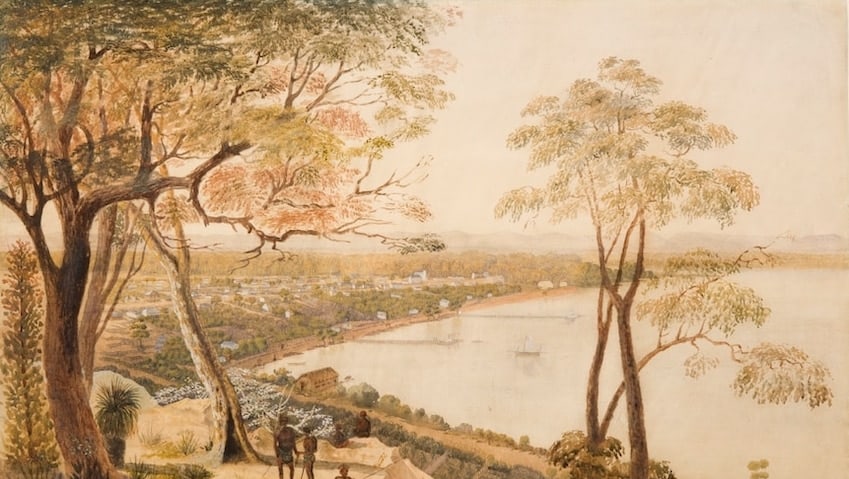 An extensive view of Perth circa 1846 by George Nash. Credit: Art Gallery of Western Australia
More on:
australian climate

The glittering coastal city of Perth has experienced some of the most dramatic climate-change-driven shifts in weather recorded around the world. Australia has warmed 1.4°C since 1910, there has been a 28% decline in rainfall in Perth in the past 50 years, and as a consequence the area’s fire risk has risen dramatically.

The city is an alarming poster child for the kinds of impacts the changing climate can have on Australia, a notoriously arid and tempestuous continent.

With this in mind, researchers from the Australian National University (ANU) are looking for volunteer citizen scientists to help them piece together part of Australia’s longest daily weather record from Perth, a project spanning the period from 1830 until today.

The researchers are focusing on Perth’s oldest weather records, including some already published observations covering 1830 to 1875. Citizen scientists can by going to the Zooniverse website and transcribing records from 1880 to 1900 to join the historical observations with the Bureau of Meteorology’s records starting in 1897.

“Knowing more about our past climate can help us better prepare for future extreme events – which are predicted to increase in frequency and severity due to climate change,” says ANU’s Dr Joëlle Gergis, lead researcher of Climate History Australia.

Caitlin Howlett, the project’s citizen science officer, notes that the Bureau of Meteorology’s weather records only go back just over a century. “Our research aims to extend the daily weather record back as far as possible so we can understand more about Australia’s pre-industrial climate.”

Most historical weather data recovery efforts have focused on south-eastern Australia, which means recovering historical observations from Perth – on the shores of the Indian Ocean at the opposite end of the country – is a priority.

“Recovering 19th-century observations from southwestern Australia is important as it is a globally recognised climate change hot spot,” says Gergis.

For Howlett, the project’s significance lies not only in the potential to better understand climate and weather interactions, but also because citizen science like this can bridge the gap between generational knowledge bases.

“This project has the ability to cross generations,” she explains. “Young people might not normally be engaged in something like history or historical science, whereas this climate change research will give them a lead in into understanding more about their history and how understanding that is really important.

“And then, we’ve got the older generations who have so much knowledge to share, and this project gives them an opportunity to share what they know from the past, so that they can help with future challenges.”

To get started, volunteers can visit the citizen science platform, Zooniverse.