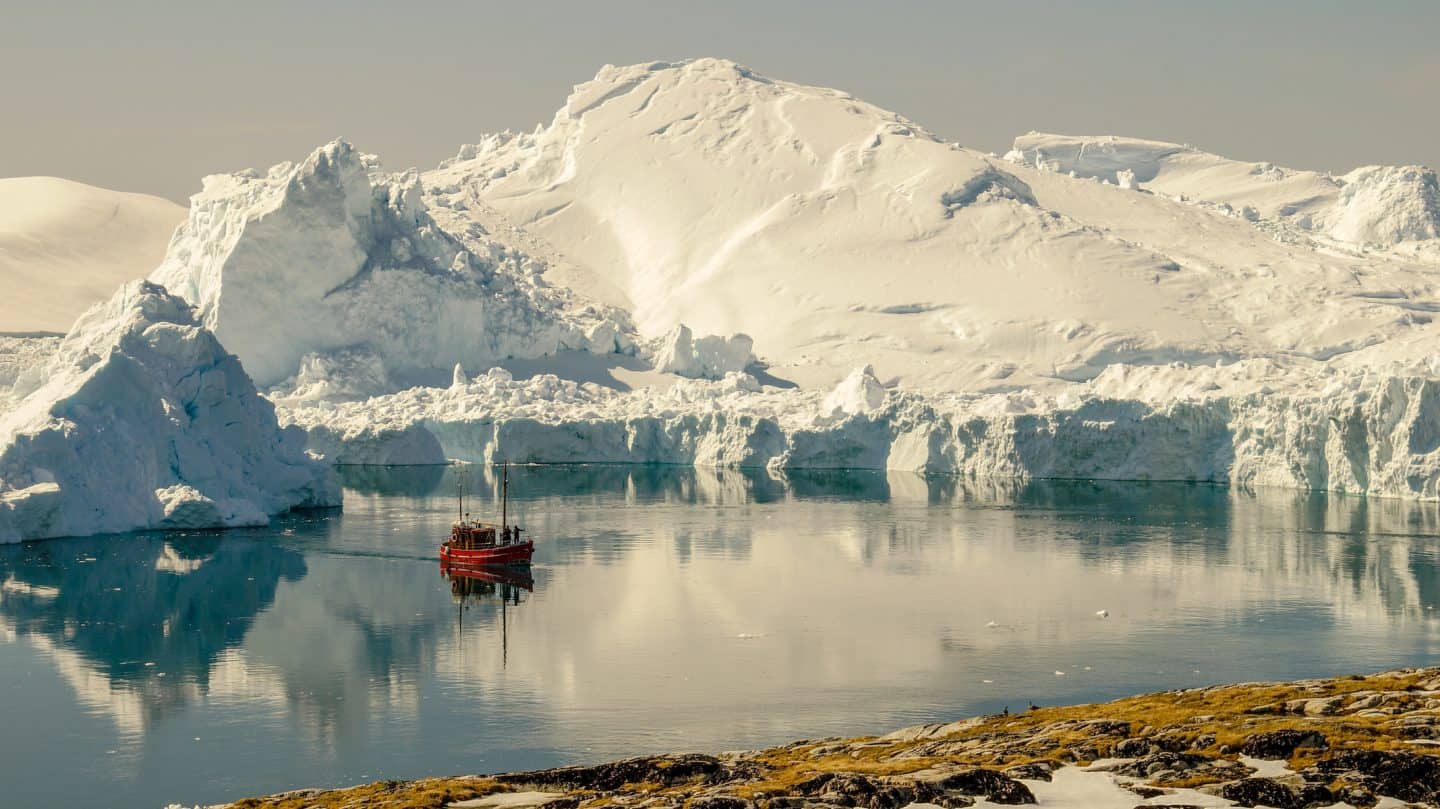 Surface melting across Greenland’s ice sheet has gone dangerously into overdrive and shows no sign of abating, according to new US research.

“From a historical perspective, today’s melt rates are off the charts and this study provides the evidence to prove this,” says glaciologist Sarah Das from Woods Hole Oceanographic Institution in Massachusetts.

“We found a 50% increase in total ice sheet meltwater runoff versus the start of the industrial era, and a 30% increase since the twentieth century alone.”

The study’s findings, which are reported in a paper published in the journal Nature, suggest that if the melting continues at these unprecedented rates – which the researchers attribute to warmer summers – it could further accelerate the pace of sea level rises.

“Rather than increasing steadily as climate warms, Greenland will melt increasingly more and more for every degree of warming,” says fellow glaciologist Luke Trusel, from Rowan University in New Jersey.

“The melting and sea level rise we’ve observed already will be dwarfed by what may be expected in the future as climate continues to warm.”{%recommended 8154%}

The research team used a huge drill to extract ice cores from the ice sheet and an adjacent coastal ice cap in central west Greenland, working at more than 1800 metres above sea level. They needed these elevations to ensure the cores would contain records of past melt intensity, allowing them to look back to the seventeenth century.

At lower elevations, summer meltwater runs off the ice sheet and contributes to sea level rise, but no record of that melt remains. At higher elevations, it quickly refreezes from contact with the snowpack below it, forming distinct icy bands that stack up in layers of densely packed ice over time.

The core samples were taken back to the lab, where the researchers measured physical and chemical properties along the cores to determine the thickness and age of the melt layers.

Combining these results with observations of melting from satellites and sophisticated climate models, they were able to show that the thickness of the annual melt layers they observed clearly tracked how much melting was occurring not only at the coring sites, but more broadly across Greenland.

This allowed them to reconstruct meltwater runoff at the lower-elevation edges of the ice sheet – the areas that contribute to sea level rise.

Ice core records are invaluable because satellites have only been around since the late 1970s.

“We have had a sense that there’s been a great deal of melting in recent decades, but we previously had no basis for comparison with melt rates going further back in time,” says Das’s colleague, Matt Osman.

“By sampling ice, we were able to extend the satellite data by a factor of 10 and get a clearer picture of just how extremely unusual melting has been in recent decades compared to the past.”

Another noteworthy and worrying aspect of the findings is how little additional warming it now takes to cause huge spikes in ice sheet melting. “Even a very small change in temperature caused an exponential increase in melting in recent years,” says Das.

In other words, the ice sheet’s response to human-caused warming has been non-linear. Warming means more today than it did in the past.