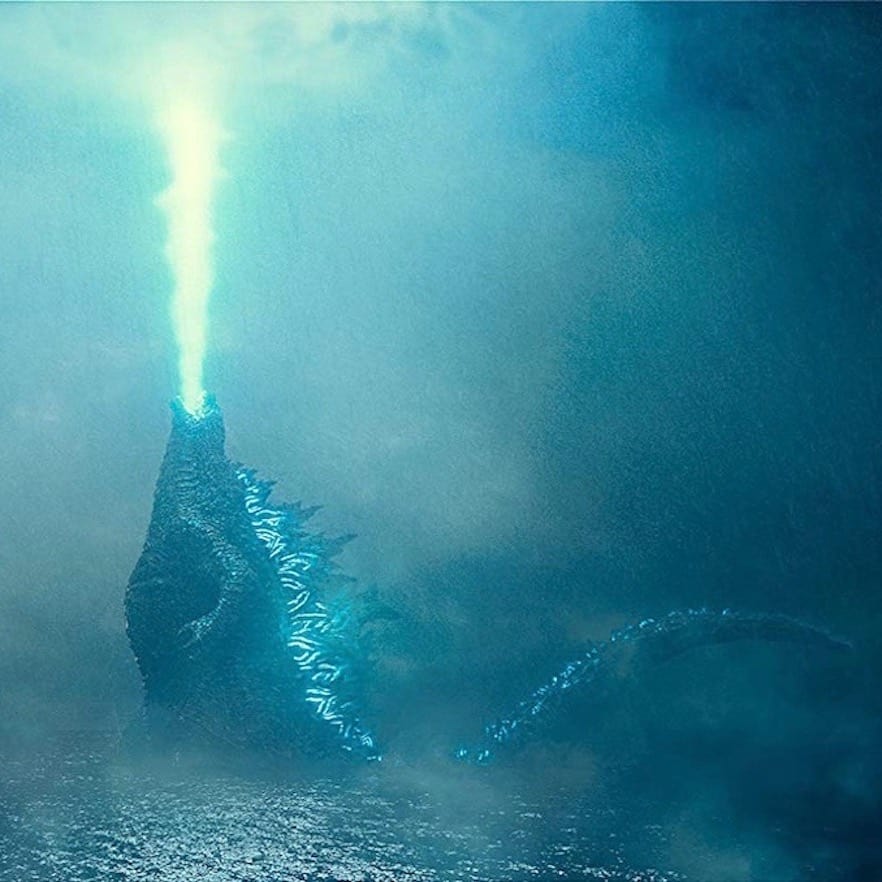 The monsters that stalk us in popular culture embody fears about our contemporary human condition. As a new Godzilla film opens in cinemas, we might gain insight into what currently haunts us most.

The endless waves of zombies in film, TV and literature are said to reflect the mindlessness of our behaviour, whether as a cog in the industrial machine, or as noted by film scholar Leo Braudy, as “an unthinking member of a mass consumer society”.

For Braudy, zombies “may best represent the anxieties of the 21st century” because these nameless monsters can represent whatever fear most consumes us as individuals, which might include pandemics, globalisation, or the anonymity imposed by impersonal technology.

However, the age we are currently living in requires another monster – one that is capable of representing the awesome complexity and enormity of the challenges facing humanity today. That monster is Godzilla.

The consequences of human-induced climate change are now spoken of with increasing alarm, with prominent experts, including David Attenborough, suggesting the possibility of civilisational collapse. With the new film upon us, audiences may see their fears about the damage we have wrought reflected back at them.

A monster of awe

In their 1987 book Angels Fear, anthropologists Gregory and Mary Catherine Batseon proposed a fictional god called Eco, one that would represent the importance of seeing the world as a system of interconnected organisms, or the “unity in which we make our home”. They hoped that the existence of such a god might encourage humanity to behave more respectfully towards our world.

However, in today’s world, a figure such as Eco does not inspire the awe or respect which our age of existential crisis demands. A monster is needed, and as I have argued in my co-authored book Monsters of Modernity: Global Icons for Our Critical Condition, Godzilla is the perfect monster to make us think about the consequences of our actions.

From the first Japanese Godzilla film in 1954, all the way through to Godzilla’s latest outing in this year’s aptly named Hollywood blockbuster Godzilla: King of the Monsters, Godzilla has been understood as a response to humanity’s mistreatment of the earth.

The first case of mistreatment to provoke Godzilla in 1954 was the use of nuclear weapons. While developing a premise for the first film, Tanaka Tomoyuki, a young producer at Toho Studios in Japan asked himself: “What if a dinosaur sleeping in the Southern Hemisphere had been awakened and transformed into a giant by the Bomb? What if it attacked Tokyo?”

Subsequent films, which vary immensely in their level of earnestness or goofiness, have referenced other environmental misdeeds, such the 1971 film Godzilla vs Hedorah (aka the Smog Monster) in which mankind’s pollution becomes a nearly invincible monster. Although Godzilla defeats the Smog Monster, viewers are left in no doubt that we ignore the effects of our pollution at our peril.

As time has moved on, so has the particular crisis that brings forth the monster. In the words of a protagonist in the trailer for the 2019 movie, “Our world is changing. The mass extinction we feared has already begun and we are the cause. We are the infection. But like all living organisms, the earth has unleashed a fever to fight this infection”.

Here lies an important trait of Godzilla’s. As the scientist Dr Serizawa says in the 2014 Hollywood movie simply titled Godzilla: “we may not have created this monster. But we summoned it. We brought this on ourselves.”

Godzilla is not on our side. It threatens humanity, although it sometimes incidentally helps humanity avert a larger threat (such as the Smog Monster) or Godzilla’s archenemy, Ghidorah, the Three-Headed Monster. But even when Godzilla and humanity share a common goal, it is not that Godzilla takes our side or that we make Godzilla “our pet”, as it is put in the 2019 trailer. Instead, Dr Serizawa observes, “we would be his”.

Wherever Godzilla appears, the triviality of humanity’s accomplishments and defences are made plain. Godzilla treats us and our great cities with the contempt and disregard with which we regularly treat our world.

In project management, The “Godzilla Principle” refers to the idea that problems should be addressed while small, because “left unchecked and uncared for, they wax, not wane, until they are too big too handle”. However, I argue that the lesson of Godzilla is in fact starker. The Godzilla Principle is that there is no forgiveness.

There is no forgiveness because Godzilla is our environmental transgressions reflected back to us, personified in the form of a monstrous reptile. In this way, Godzilla echoes Bateson and Bateson’s Eco: it “is of no avail to tell [Eco] that the offense was only a small one, that you are sorry and that you won’t do it again.” Every one of our misdeeds against the world irrevocably rebounds against us.

In reality, the impacts of our vandalism or thoughtlessness can remain in out-of-sight lands or immense garbage patches in our oceans, or be borne in the future. However, in fiction, Godzilla is karma incarnate, bringing ruin today to the cities that represent “civilisation”.

Although people can forgive the wrongdoings of each other and start afresh, our world cannot forgive in this way. We must act from the outset with an awareness of the gravity of our actions, to avoid awakening unstoppable “climate monsters”.

Godzilla, then, is the monster for our times. Godzilla is awful, implacable, and irresistible. Our only hope is not to bring it upon ourselves.

Originally published by Cosmos as Godzilla: the perfect monster for the age of climate change