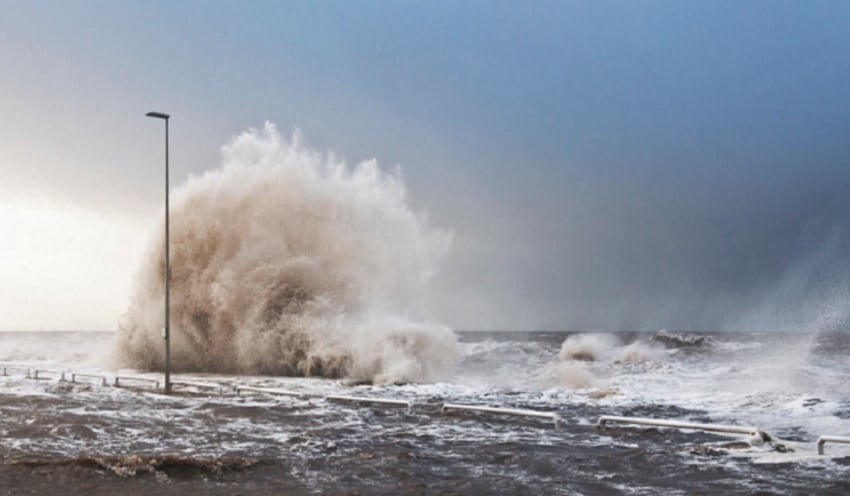 The influence of global warming on the unprecedented extreme climatic events between 2006 and 2017 has previously been underestimated, according to a new study from Stanford University, US, which could have major consequences for people’s lives.

The study shows that predicting the likelihood of future extreme weather events by analysing how frequently they occurred in the past underestimated about half the actual number of extremely hot days in Europe and East Asia.

The same was also found for the number of extremely wet days in the US, Europe and East Asia.

The research, published in the journal Science Advances, describes how increases in global warming can cause large upticks in the probability of extreme weather events, particularly heat waves and heavy rainfalls.

“We are seeing year after year how the rising incidence of extreme events is causing significant impacts on people and ecosystems,” says climate scientist Noah Diffenbaugh.

“One of the main challenges in becoming more resilient to these extremes is accurately predicting how the global warming that’s already happened has changed the odds of events that fall outside of our historical experience.”

Diffenbaugh revisited previous extreme event papers he and his colleagues had published in recent years to see if he could use the frequency of record-setting weather events from 2006 to 2017 to evaluate the predictions his group had made using data from 1961 to 2005.

In some cases, he found that the actual increase in extreme events was much larger than what had been predicted.

“When I first looked at the results, I had this sinking feeling that our method for analysing these extreme events could be all wrong,” Diffenbaugh says.

“As it turned out, the method actually worked very well for the period that we had originally analysed – it’s just that global warming has had a really strong effect over the last decade.”

The study also found that climate models were more able to accurately predict the future occurrence of record-setting events.

While he acknowledges these models still contain uncertainties, Diffenbaugh says the study identifies the potential for new techniques that include historical observations to create more accurate risk management tools.

“The good news,” he says, “is that these new results identify some real potential to help policymakers, engineers and others who manage risk to integrate the effects of global warming into their decisions.”