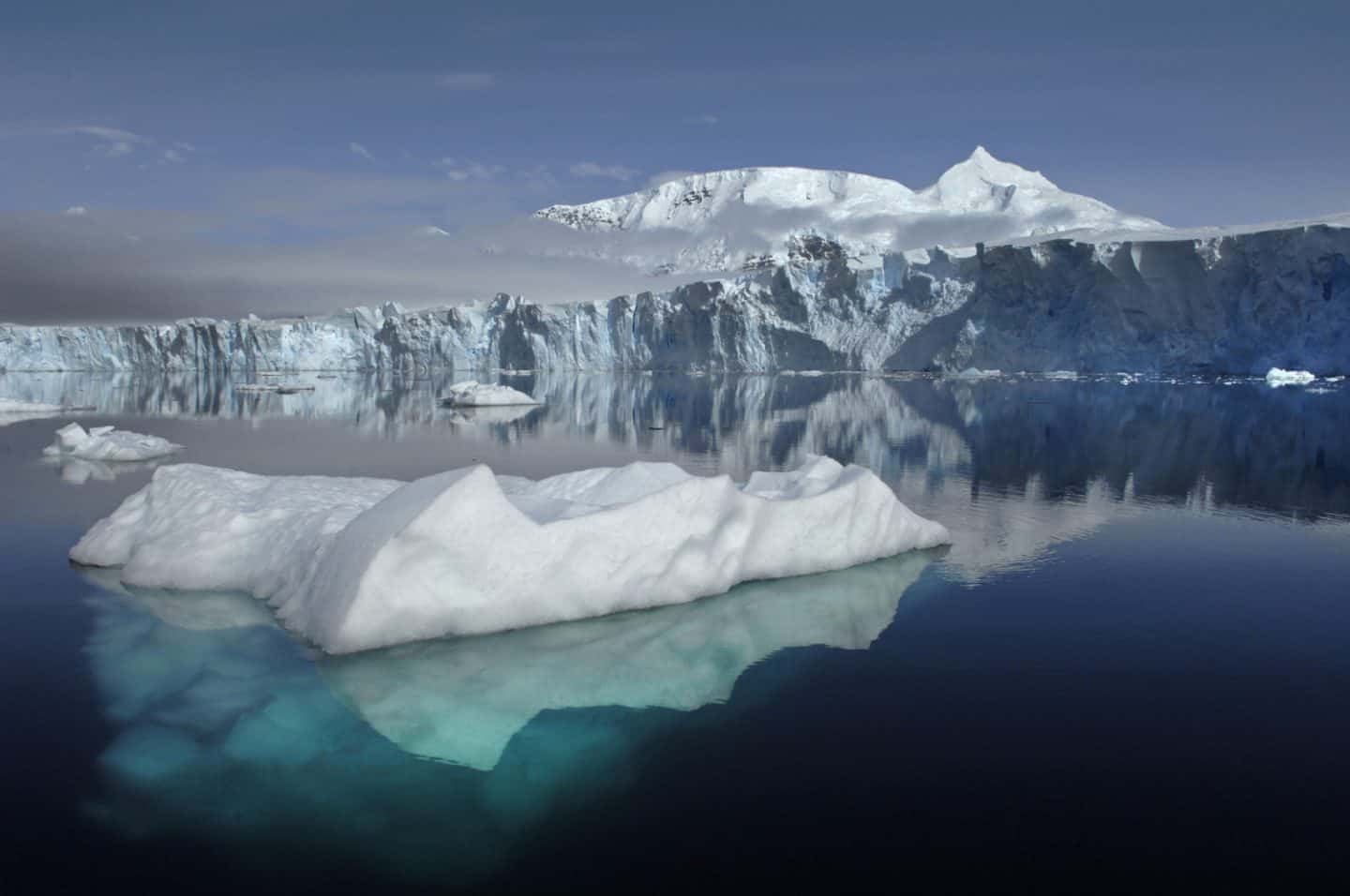 View of Sheldon Glacier as seen from Ryder Bay in Antarctica, with Mount Barre in the background. A new NASA study reveals that sea ice gains in Antarctica do not make up for the accelerated amount of Arctic sea ice loss. Credit: British Antarctic Survey

Claire Parkinson, author of the study and climate scientist at NASA’s Goddard Space Flight Center, began researching the issue in order to address the public’s misconceptions about global ice loss and gain, and where we actually stand in terms of global sea ice extents. Her findings were published in the Journal of Climate.

“When I give public lectures or talk with random people interested in the topic, often somebody will say something in the order of ‘well, the ice is decreasing in the Arctic but it’s increasing in the Antarctic, so don’t they cancel out?’” Parkinson said.

“The answer is no, they don’t cancel out.”

On average, Earth loses about 35,000 square km of sea ice each year. This is a larger area than the entire state of Maryland, USA, where the Goddard Space Flight Center is located.

To determine how much global sea ice we’re losing, Parkinson studied the microwave data collected by NASA and the Department of Defense satellites over the past 35 years. She collated and analysed the data on a month-to-month basis and found that the trend in sea ice extents was downward in all months of the year.

So what kind of impact does this have?

“One of the reasons people care about sea ice decreases is that sea ice is highly reflective whereas the liquid ocean is very absorptive,” Parkinson said. “So when the area of sea ice coverage is reduced, there is a smaller sea ice area reflecting the suns’ radiation back to space. This means more retention of the Sun’s radiation within the Earth system and further heating.”

To put it simply: the less sea ice we have, the more the Earth heats up.

Parkinson doesn’t suspect that global sea ice loss will continue to accelerate at such a high rate – eventually, there just won’t be any ice left in the Arctic summer to measure. She also doesn’t think it’s likely that Antarctic sea ice expansion will accelerate and overturn the global sea ice negative trend in the future.

“I think that expectation is that, if anything, in the long-term the Antarctic sea ice growth is more likely to slow down or even reverse,” she said.

Read on to find out why Antarctica isn’t getting any warmer — and why this is bad news for Australia.