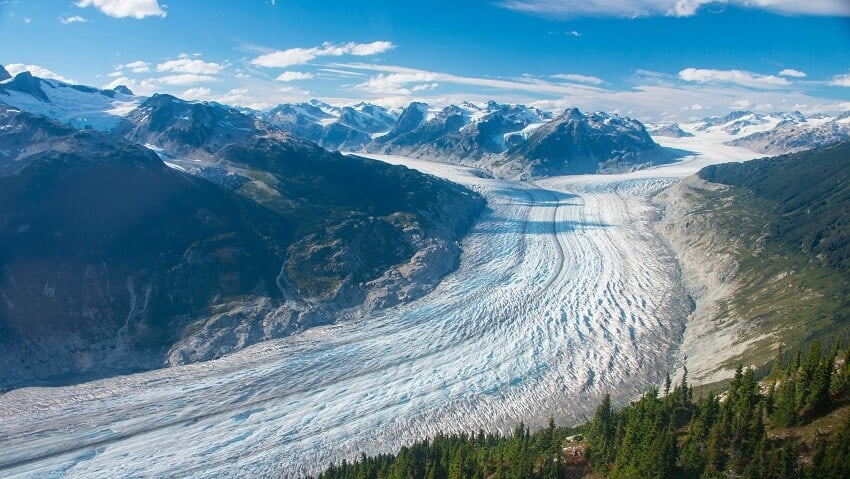 A massive study of nearly every glacier on Earth has confirmed that they are losing more and more ice every year.

The international research team, led by Roman Hugonnet from the Université de Toulouse in France, found that on average these icy rivers have lost 267 gigatonnes (Gt) of mass per year since 2000. To put this in perspective, one gigatonne is one billion metric tonnes: a Gt is equal to the mass of a cube of water that is one kilometre wide, tall, and deep, or about 400,000 Olympic swimming pools.

This is a stark demonstration of the costs of climate change. But it gets worse – the study, published in Nature, also found that the rate of ice loss is accelerating by an average of 48 Gt per year each decade.

“The results make for disturbing reading,” says Sue Cook, a glaciologist from the University of Tasmania who was not involved in the research. “Glaciers in every region of the world have been thinning, generally at increasing rates.”

The paper highlights that this massive ice loss accounts for a huge chunk (21%) of global sea level rise. The research team warn of the direct effects of this, pointing out that “200 million people live on land that is predicted to fall below the high-tide lines of rising sea levels by the end of the century.”

But Cook adds that the shrinking of glaciers presents other urgent risks.

“1.9 billion people worldwide depend on meltwater from glaciers and snowpacks for drinking water, irrigation, or power generation,” she says. “As glaciers shrink, this water supply will be placed under threat.

“The recent IPCC Special Report on the Ocean and Cryosphere in a Changing Climate finds that in some regions, glaciers could lose more than 80% of their current mass by 2100, with impacts on agriculture, local ecosystems, tourism, and socioeconomic development.”

This new research is the most comprehensive study to date of how glaciers have changed in the twenty-first century.

To come up with their estimates, the researchers delved into largely untouched archives of high-resolution satellite and aerial images of 217,175 glaciers – an impressive 97.4% of the world’s glaciers.

The team analysed these images to determine how each individual glacier’s height above sea level has changed over the past 20 years. From there they could estimate volume and mass changes, and validate them against independent measurements.

The study used a high performance computing facility at the University of Northern British Columbia in Canada to process much of the data, amounting to a full year of computations.

The study did not include ice sheets, though previous research has highlighted how the world’s major ice sheets are also rapidly shrinking. This research, however, shows that glaciers are currently losing mass at an equivalent or faster rate than the Greenland or Antarctic ice sheets individually.

Lauren Vargo, from the Antarctic Research Centre at the Victoria University of Wellington in New Zealand, explains that this isn’t the first study to calculate global glacier mass from satellite observations – but it is much more accurate.

“The results are important largely because the authors were able to calculate global glacier mass change much more precisely – with lower uncertainties – than the previous studies,” says Vargo, who was not part of the research team.

The latest IPCC report, for example, estimated the global mass loss of glaciers at 278 Gt per year, but with an enormous uncertainty of ± 226 Gt. In contrast, this new study finds a comparable estimate (275 Gt per year) but reduces the uncertainty to just ± 17 Gt per year.

“Being able to more precisely measure how glaciers are currently changing is important for creating policy and management around impacts including changes in hydrology, rising sea level, and increasing natural hazards,” Vargo explains.

“These more precise measurements are also important because they enable us to do a better job of modelling how glaciers will continue to change in the future and then better predict the impacts of those future changes.”

Originally published by Cosmos as Glaciers are shrinking faster every year