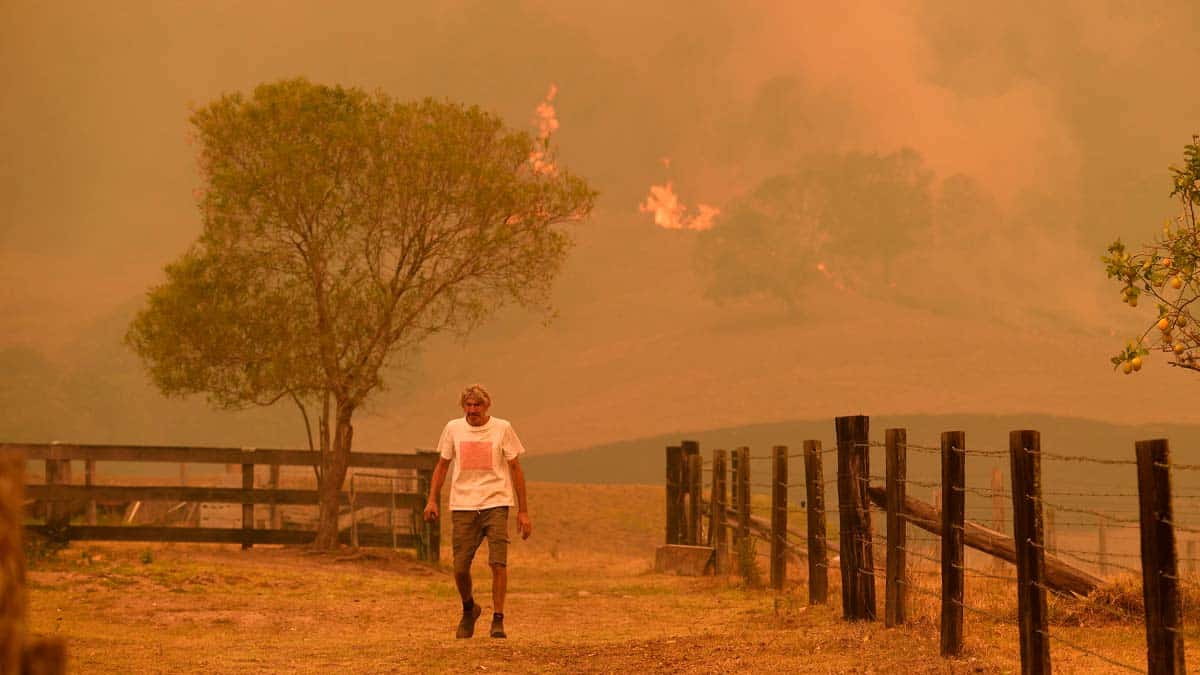 Natural disasters are altering the face of the insurance market, with some dire warnings about how many houses will become uninsurable.

It’s also having a big impact on the nature of home insurance, with experts making dire predictions about the insurability of parts of the country in years to come.

Already in 2022, we have seen massive floods in Queensland and northern New South Wales, with some people starting to question how liveable some parts of the country will be into the future due to such disasters.

Underpinning the shifting landscape and national conversation is the insurance industry, but the calculations that insurers have to make around whether to insure a home, and the annual premiums they charge, is shifting. And climate change is a big part of the reason for that shift.

“We are heading into an insurability crisis in Australia,” says Dr Simon Bradshaw, research director at the Climate Council.

He says a recent study produced by the Climate Council, in conjunction with Climate Valuation, showed that approximately one in 25 properties in Australia would become “uninsurable” by 2030.

“Any home that’s expected to incur annual damage costs that are greater than 1% of the value of the property is what we call ‘effectively uninsurable’,” Bradshaw says. “Premiums will be too high to cover that for most people.”

He says the risk is not spread evenly around Australia, with five of the 10 most-at-risk electorates being in Queensland.

“Queensland carries the greatest risk,” Bradshaw says. “Communities are exposed to a variety of hazards – fire, flooding, cyclone. There are also other parts of the country [where] you see quite extreme risk as well.”

Bradshaw says that along with stronger climate action to reduce carbon emissions, there was a lot more the Federal government could be doing to support communities, particularly in the areas of climate mitigation and building resilience and preparedness for extreme weather events.

“If we are to continue down the current trajectory, we will see some areas become unliveable due to extreme heat or flood plains,” he says. “That’s the brute reality of climate change and what’s at stake. We need to do more to limit that damage, because forced relocation is very costly as well as emotionally distressing for those involved.”

Tayanah O’Donnell, partner in Deloitte Risk Advisory’s Asia-Pacific Climate Change and Sustainability Practice and honorary senior lecturer at the Australian National University’s Institute of Climate, Energy and Disaster Solutions, says Australia is one of the most highly exposed countries to natural disasters.

“You don’t need to be a fortune teller to see where Australia might be in 10 or 20 years if we don’t do more in terms of mitigation and disaster preparedness,” she says.

“Premiums will become more unaffordable, and some areas of the country will just become so expensive to insurers that people can’t have comprehensive insurance. The premiums will keep rising in certain areas.”

She says recent natural disasters, including the floods in northern NSW and southern Queensland, have shown that more needs to be done to prepare communities for major disasters. With people still looking for alternative housing months later, she says the issues facing communities went beyond simply who was footing the insurance bill.

“Broadly and systemically speaking, there are always people who will fall through the cracks of the system, and we are seeing that now,” she says.

“What tends to happen is that socioeconomic factors play a big role in what happens after these events. It is usually vulnerable people, including Indigenous people, that bear the brunt of this.”

She adds that while the insurance industry does play an essential role in the response to natural disasters, it is only part of the picture.

“The insurance sector plays a critically important role, but there is more in terms of how we look at disaster preparedness and recovery, rather than looking at just one sector,” she says.

Antonia Settle, a postdoctoral fellow at the Melbourne Institute of Applied Economic and Social Research, says the difficulty that parts of the country will experience in securing insurance will require more robust and creative government responses.

“The private market is [losing], and will lose, its capacity to function in this area,” she says. “We will see insurance becoming a product that doesn’t apply to certain parts of the country. Eventually the state will have to step in in one form or another.”

In March, the Federal Coalition government introduced a $10-billion reinsurance pool for cyclone- and flood-affected areas of northern Australia. This guaranteed backing for the industry in that part of the country was meant to drive down the price of insurance for individual households and businesses.

“By delivering the reinsurance pool, the government expects to see reduced insurance premiums by up to $2.9 billion for eligible household, strata and small business insurance policies,” then assistant treasurer Michael Sukkar said. “Homeowners in northern Australia with the most acute cost pressures are expected to benefit from up to 46% premium discounts, strata properties up to a 58% discount, and SMEs (small and medium-sized enterprises) up to a 34% discount.”

Settle is critical of the reinsurance pool as a policy response, however, and says it is a blunt instrument that may not achieve its aims.

“There are a range of policy options the government wanting to help on this issue could look at, many which would likely be more effective,” she says.

O’Donnell warns about the possibility of the government becoming the insurer of last resort for parts of the country.

“There has always been a risk that commonwealth or state governments become the insurer of last resort, where people are exposed and the private insurance industry hasn’t been covered and the government is forced to step into the gap,” she says.

Settle adds that the potential impacts for Australia are huge if governments and other actors fail to address this increasingly urgent issue.

“The way the economy functions in Australia, home ownership is the bedrock, the basis for so much economic security,” she says. “If you have a situation where large swathes of homes become uninsurable, do you really just let the market sort that out?”