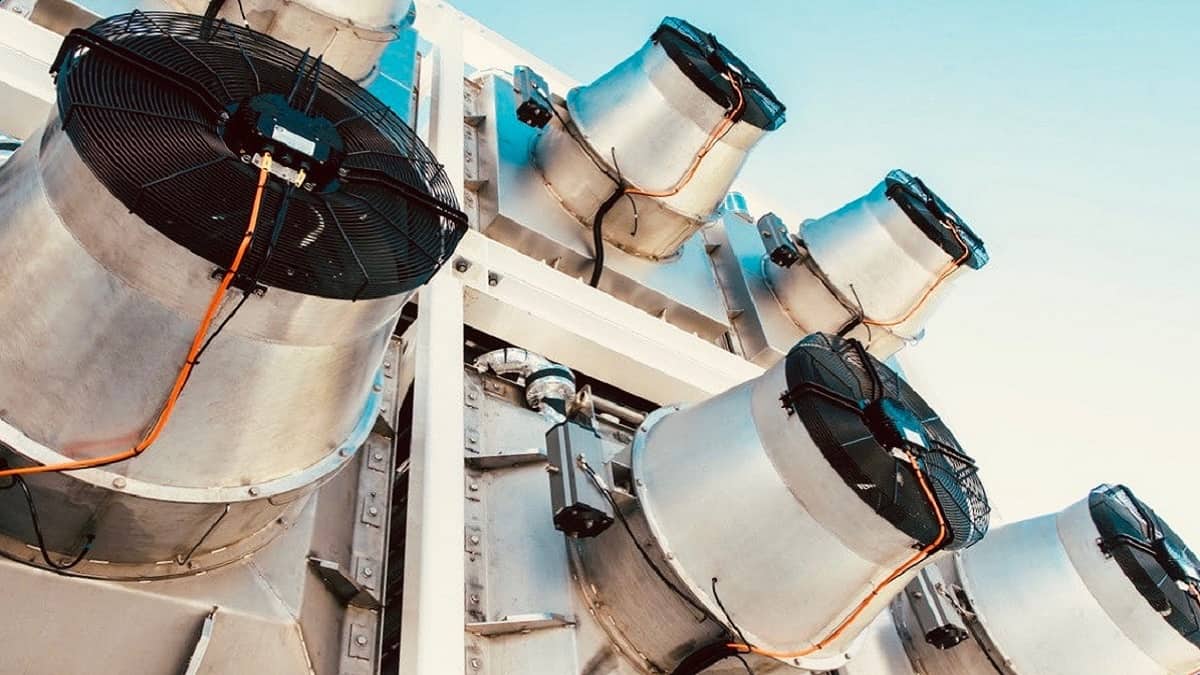 By Deanna D’Alessandro, University of Sydney

On Wednesday last week, the concentration of carbon dioxide in the atmosphere was measured at at 415 parts per million (ppm). The level is the highest in human history, and is growing each year.

Amid all the focus on emissions reduction, the Intergovernmental Panel on Climate Change (IPCC) says it will not be enough to avoid dangerous levels of global warming. The world must actively remove historical CO₂ already in the atmosphere – a process often described as “negative emissions”.

CO₂ removal can be done in two ways. The first is by enhancing carbon storage in natural ecosystems, such as planting more forests or storing more carbon in soil. The second is by using direct air capture (DAC) technology that strips CO₂ from the ambient air, then either stores it underground or turns it into products.

US research suggested global warming could be slowed with an emergency deployment of a fleet of “CO₂ scrubbers” using DAC technology. However a wartime level of funding from government and business would be needed. So is direct air capture worth the time and money?

What’s DAC all about?

Direct air capture refers to any mechanical system capturing CO₂ from the atmosphere. Plants operating today use a liquid solvent or solid sorbent to separate CO₂ from other gases.

The machines use a fan to draw air into a “collector”, inside which a selective filter captures CO₂. Once the filter is full, the collector is closed and the CO₂ is sequestered underground.

Canadian company Carbon Engineering uses giant fans to pull air into a tower-like structure. The air passes over a potassium hydroxide solution which chemically binds to the CO₂ molecules, and removes them from the air. The CO₂ is then concentrated, purified and compressed.

Captured CO₂ can be injected into the ground to extract oil, in some cases helping to counteract the emissions produced by burning the oil.

The proponents of the Climeworks and Carbon Engineering technology say their projects are set for large-scale investment and deployment in coming years. Globally, the potential market value of DAC technology could reach US$100bn by 2030, on some estimates.

Direct air capture faces many hurdles and challenges before it can make a real dent in climate change.

DAC technology is currently expensive, relative to many alternative ways of capturing CO₂, but is expected to become cheaper as the technology scales up. The economic feasibility will be helped by the recent emergence of new carbon markets where negative emissions can be traded.

DAC machines process an enormous volume of air, and as such are very energy-intensive. In fact, research has suggested direct air capture machines could use a quarter of global energy in 2100. However new DAC methods being developed could cut the technology’s energy use.

While the challenges to direct air capture are great, the technology uses less land and water than other negative emissions technologies such as planting forests or storing CO₂ in soils or oceans.

Australia is uniquely positioned to be a world leader in direct air capture. It boasts large areas of land not suitable for growing crops. It has ample sunlight, meaning there is great potential to host DAC facilities powered by solar energy. Australia also has some of the world’s best sites in which to “sequester” or store carbon in underground reservoirs.

Direct air capture is a relatively new concept in Australia. Australian company Southern Green Gas, as well as the CSIRO, are developing solar-powered DAC technologies. The SGG project, with which I am involved, involves modular units potentially deployed in large numbers, including close to sites where captured CO₂ can be used in oil recovery or permanently stored.

If DAC technology can overcome its hurdles, the benefits will extend beyond tackling climate change. It would create a new manufacturing sector and potentially re-employ workers displaced by the decline of fossil fuels.

The urgency of removing CO₂ from the atmosphere seems like an enormous challenge. But not acting will bring far greater challenges: more climate and weather extremes, irreversible damage to biodiversity and ecosystems, species extinction and threats to health, food, water and economic growth.

DAC technology undoubtedly faces stiff headwinds. But with the right policy incentives and market drivers, it may be one of a suite of measures that start reversing climate change.