The coming UN Climate Change Summit will again question the climate credentials of the meat and livestock industry. But how?

The longed-for first bite of a delicious, expensive rib-eye is en route to your mouth when your teenager says: “You know you’re destroying the planet with that steak, you ecoterrorist.”

It’s hard to argue with a teenager at the best of times, but defending this particular dinner is even more difficult: counting the carbon cost of a steak can be a moveable feast of numbers, concepts and politics.

But it’s an issue set to be beefed up again in November when the years-old idea of a tax on foods with high carbon footprints, such as meat and dairy, is revived at the UN Climate Change Summit in Glasgow. Red meat’s poor climate credentials are already front-of-mind in Australia, where industry body Meat & Livestock Australia (MLA) is aiming for carbon neutrality by 2030, partly to counter potential export tariffs such as Europe’s Carbon Border Adjustment Mechanism.

Direct livestock emissions made up slightly more than 10% of Australia’s total greenhouse gases in 2019 and 72% of all emissions from the agricultural sector, according to the federal government’s National Greenhouse Gas Inventory. That’s why governments, industry and academia are working together to green up red and white meat.

In April, a researcher at the national science agency CSIRO unveiled how much carbon a steak costs.

To put that in context, a single person’s share of CO2-e emissions of an entire one-way flight from Melbourne to the Sunshine Coast is between 81 and 137kg, based on calculations by Cosmos Weekly.

CSIRO’s calculations: a kilo of…

Ridoutt pulled together data on CO2 emissions, and direct and indirect emissions of methane and nitrous oxide from livestock, manure management, and soil management practices such as adding fertiliser.

However, widening the scope for where emissions come from, and how they can be mitigated, can bump these figures up or down.

University of Melbourne research scientist Dr Natalie Doran-Browne factors pre-farm, on-farm and post-farm emissions into her work to consider emissions intensity, which is a way of looking at emissions compared to the amount of product created.

These cover the carbon cost of inputs such as how fertilisers and supplementary fodder are produced; energy from transporting bought-in animals to the farm; emissions from growing the animals themselves, which includes fuel used in vehicles on the farm and energy from irrigation; and emissions from outside the farm gate, which is mostly transport. Adding trees can bring down emissions by as much as 48%, as happened at one farm in NSW, while tactical grazing can increase soil carbon capture capacity compared to no grazing at all.

“With all of these things there’s a trade-off between complexity and accuracy,” she says.

“We want to know the level of emissions coming off farms that are required to produce food, but we have thousands of farms in Australia so we need a method that’s reasonably straightforward in order to calculate emissions. On the flip side, if we want more detail or more accuracy or more analysis then you’re going to have a methodology that’s more complex.”

Riddout used the internationally accepted format of GWP100, or Global Warming Potential over 100 years, to make his steak calculations.

But the livestock industry is beginning to shift towards a new measurement method called radiative forcing (RF), which is the difference between incoming sunlight and energy radiated back to space, in order to account for different greenhouse gases’ potency and permanence in the atmosphere.

Ridoutt’s work on RF takes into account the fact that most Australian livestock are pasture fed and therefore emissions are part of a cycle – grass absorbs CO2, cows eat grass, cows emit methane which degrades to CO2, and repeat – as opposed to coal mining, which removes carbon from the ground but has no way of putting it back in, yet.

On an RF basis, he found the Australian sheep meat industry was effectively climate neutral by 2020, with its radiative forcing contribution plateauing in recent years, and thus not contributing to an increase in greenhouse gases.

Mitigating the maliferous effect of meat are changes in farming practices and research intended to rebalance the carbon cost-benefit analysis of meat.

MLA and Australian governments have sponsored research projects into genetic selection of animals that produce less methane for over a decade, although a 2021 review into the studies found the potential for methane reduction using this technique limited to 0.2-0.4% per year.

Changing animals’ feed can make sizable impressions on methane production, from minimal changes like switching up the type of pasture to supplements such as CSIRO spinoff FutureFeed’s red algae additive, which it says can reduce methane burps by 86%.

The latter is constrained as they’ve yet to figure out how to get that feed into pasture-fed animals at the required rates at the right price, says Warwick Badgery, rangelands and tropical pastures research lead at the NSW Department of Primary Industries.

The key is to use the right land for the right purpose, such as using arid rangelands for grazing since they can’t sustain crops anyway, because the demand for meat isn’t going away.

“The easiest way to reduce emissions is to lower the number of animals on a farm,” Badgery says. “But if everyone does that there’s still demand for that product and it has to get produced somewhere else. That’s [likely to be] in less efficient areas or we have to knock down a forest to get to the land.”

“Lowering stocking rates significantly doesn’t solve a problem, it just displaces it to other areas.”

Soil carbon capture is a well-known mitigation strategy but it too comes with limitations, as some soils are already at maximum carbon capacity and political statements muddy the waters on what’s possible, says Doran-Browne.

“Grazing systems, like the ones in southern Australia that have been in permanent pasture for a long time, tend to reach a balance with the amount of carbon sequestered in the soil,” she says. “When it comes to sequestering carbon, you need to be improving the soil in some way. The greatest potential is on farms where there’s a lot of soil degradation.”

Compared to places like the UK – where animals are kept in heated barns over winter – Australia’s pasture-fed livestock stack up well in terms of total carbon emissions, she says.

But justifying a steak in the face of a teenager’s indignation over dinner will remain a difficult task for some time yet.

Originally published by Cosmos as Meet the meat: what are the planet’s prime carbon cuts? 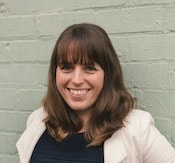