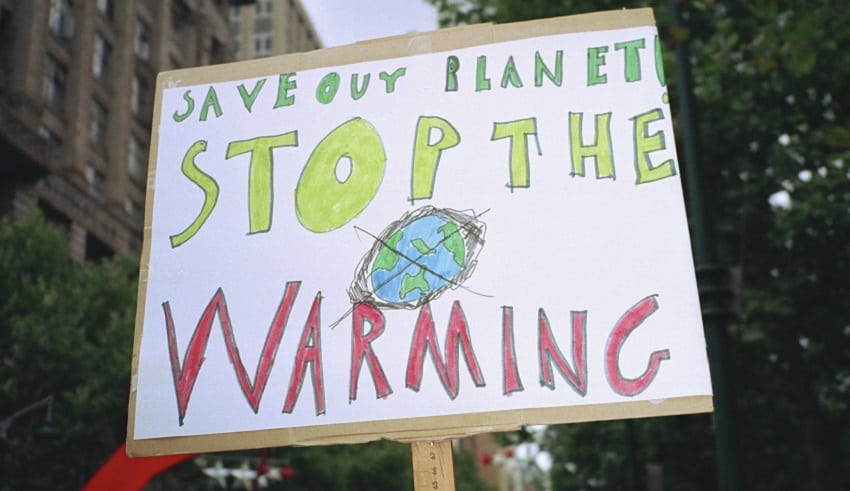 Nations need to make the same amount of action in on-third of the time to fulfill Paris agreements. Credit: Tobias Titz

An analysis of climate change targets agreed to in Paris versus emission reductions actually achieved reveals that nations are now faced with making four times the effort – or doing the same in one-third of the time – to fulfil the pact.

“The past decade of political failure on climate change has cost us all dear,” researchers write in a Nature Comment piece. “It has shrunk the time left for action by two-thirds.”

Niklas Höhne, from the NewClimate Institute in Germany, and co-authors synthesised all ten editions of the Emissions Gap Report produced yearly by the United Nations Environment Program (UNEP).

This report has compared individual countries’ vows to lower greenhouse gas emissions with what they need to do to keep global temperatures this century well below two, and ideally 1.5, degrees Celsius above pre-industrial levels, as targeted by the Paris Agreement.

Höhne and colleagues found that the gap has quadrupled since 2010.

This is attributed in part to global emissions increasing by 14% between 2008 and 2018, meaning that they need to fall faster than previous estimates because of their cumulative nature.

Added to that, now that scientists have a better grasp of climate risks, it’s agreed that a lower global temperature rise is needed than was calculated in 2010.

And then there’s the wanting pledges by individual countries.

“Rather than halving emissions by 2030, countries’ climate proposals will lead to a slight increase,” the authors warn. “Worse still, individual countries are not on track to achieve commitments that were insufficient from the outset and are now woefully inadequate.”

On the bright side, many countries, regions, cities and businesses have pledged or taken radical action.

This includes 76 countries or regions and 14 sub-national regions – the biggest being California – that have set or even implemented net-zero emission goals, and more than 80 that are aiming for emissions-free electricity.

More than 20 countries and 50 cities are aiming to make all cars emissions-free, and Norway and Scotland are shooting for clean domestic flights.

These successful initiatives need to be scaled up and mirrored in every sector, including a concerted move away from coal, the authors say; food security, healthy lives and many other sustainable development goals depend on it.

The report comes in time for the tenth anniversary of the agreement, a time that countries agreed to update their climate pledges – which the authors say is vital.

“Clearly the promises must be overhauled – and then, critically, kept – if the yawning gap between ‘walk and talk’ is going to close by 2030.”

The emission cuts needed over the next decade are now more than seven per cent per year on average to meet the 1.5 degree Celsius temperature limit and three percent to meet the two degree limit.

The required time frame to halve global emissions has also dropped from 30 years in 2010 to 10 and 25 years, respectively, for each target.

“The gap is so huge that governments, the private sector and communities need to switch into crisis mode, make their climate pledges more ambitious and focus on early and aggressive action,” Höhne and co-authors conclude.

“We do not have another ten years.”