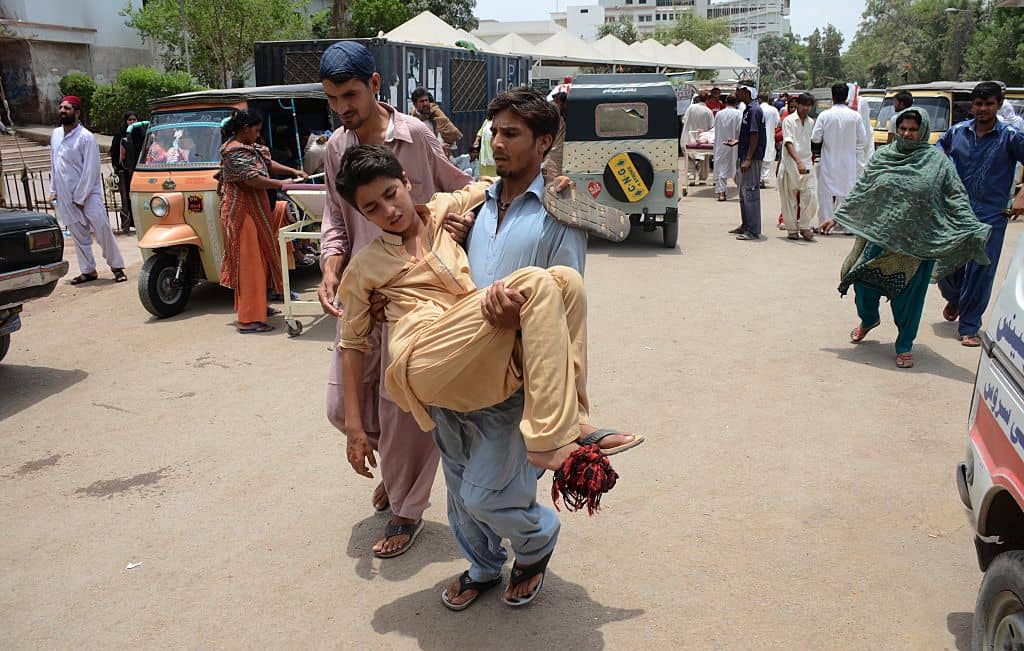 There are at least 27 ways you can die in a heatwave. None of them are pleasant and all of them will become more common as global warming scenarios play out.

That’s the grim and startling news arising from a systematic review of medical literature collating the ways in which extended periods of hot weather impact human health.

The review, led by Camilo Mora at the University of Hawaii at Manoa and published in the journal Circulation: Cardiovascular Quality and Outcomes, found that heat kills people through a combination of five physiological mechanisms impacting on seven vital organs.

“Dying during a heatwave is like a terror movie with 27 bad endings to choose from,” says Mora. “It is remarkable that humanity overall is taking such a complacency on the threats that ongoing climate change is posing.”

The first physiological mechanism identified, called ischemia, arises when external heat causes the hypothalamus, a hormone-producing area in the brain, to divert blood to the skin in an effort to cool the body down. This reduces blood flow to internal organs, depriving cells of oxygen and unleashing damaging chemical compounds.

If continued external heat drives the body’s temperature above its narrow optimum range another process kicks in: heat cyctotoxity, the production of compounds that are poisonous to cells.

Both ischemia and heat cytotoxicity can lethally affect the function of the brain, heart, liver, kidneys and intestines. Even if they don’t cause death by themselves, however, they can trigger further responses within the body that will.

Arguably the worst of these arises when both conditions combine to cause the breakdown of intestinal linings and the consequent release of gut content into the bloodstream. This sends an emergency signal to the immune system, which dispatches large numbers of white blood cells to tackle the foreign material – an action known as a systematic inflammatory response.

Unfortunately, the response can end up exacerbating an already serious situation. The inflammation it induces increases the physical pressure placed on the ruptured gut, causing it to discharge even more of its contents.

The combination of ischemia, heat cytotoxicity and systematic inflammatory response gives rise to even more complex and gruesome heat-induced conditions. The proteins that control the blood’s ability to coagulate can become overactive, causing clots that can prevent blood flow to major organs. In other circumstances those same proteins can stop acting, generating internal haemorrhages.

Common sense and medical advice suggest that reducing physical activity on hot days is a very good idea, but for many millions of people around the world taking the day off and sitting in an air-conditioned room simply isn’t an option. Being active while suffering the effects of ischemia and cytotoxicity significantly increases the risk of skeletal muscle cells breaking down, and the consequent leaking of myoglobin into the kidneys, lungs and liver – where it is toxic.

The findings of Mora and her team serve as a dramatic warning that the predicted effects of climate change – already in evidence – may well cause a large number of deaths just from increasing temperatures.

All models for climate change predict an increase in heatwaves around the world. Mora’s team calculate that in the past decade, when average temperatures have increased by less than 1%, there has been a 2300% increase in deaths caused by extreme heat.

The death toll is likely to increase even further even if warming can be limited to just one more degree – and very optimistic target.