Chickpeas are about to get a whole lot better, because an international team of researchers, including Australian researchers from Murdoch University, the University of Queensland and The University of Western Australia, have now catalogued all the possible genetic variations of the species, paving the way for breeding new and improved varieties that are resistant to climate change.

Grown for around 8000 years, chickpea is one of the oldest cultivated crops in the world. They are widely consumed in South Asia, Latin America, the Mediterranean and Sub-Saharan Africa and provide a valuable protein, vitamin and iron source for the world’s growing population. With up to 25% protein content by weight, they also provide a nutritious meat alternative.

“The world population is growing and to prevent hunger, we will need to rely on high-quality crops, including chickpeas,” says study co-author Laurent Gentzbittel, from Skoltech, Russia.

“By 2050, we will be experiencing protein shortage, and to be able to meet the rising demand, we have to start preparing high-yielding breeds adapted to climate warming now.”

In a study, published in Nature, the researchers sequenced the genomes of over 3300 chickpea plants – including wild varieties – to provide the most comprehensive library of chickpea genes to date. This library contains all the possible genes that could be used to improve traits such as yield, pest and drought resistance, and nutritional quality. This information can help inform breeding programs to obtain new varieties that are high yield and resist climate change.

Understanding the genomes of domestic and wild chickpea can also help prevent low genetic diversity, which makes plants vulnerable to change. Over millennia of domestication, beneficial traits are specifically selected but this can also mean genetic diversity erodes over time, especially as genomics wasn’t discovered until relatively recently in the history of agriculture.

Now, with these new genomes, breeders can identify which genes have eroded in domesticated chickpea compared to wild chickpea or other varieties, and reintroduce these genes to bolster robustness.

“Even in the case of domestic chickpeas, there are two very distinct varieties and the cooking habits in any particular country usually favour just one of them,” says Gentzbittel.

“That means they are cultivated and sold practically as two different commodities and will probably continue to do so.

“However, it does not prevent us from harnessing the useful traits from one variety and introducing them to the other. Desi chickpeas will still be perfectly recognizable as desi, but potentially with some useful genes borrowed from the kabuli variety, and vice versa.”

This becomes particularly relevant as the planet becomes hotter and dryer.

“There are few better places in the world for dryland agriculture research than Western Australia, where the effects of a drying climate are being felt so acutely,” said Professor Rajeev Varshney of Murdoch Universtiy, who led the study.

“So, myself and my team are really looking forward to engaging with local farmers, local industry and the wider community to develop solutions to some of the highly complex problems we all face as well, as continuing our work in Asia and Africa.” 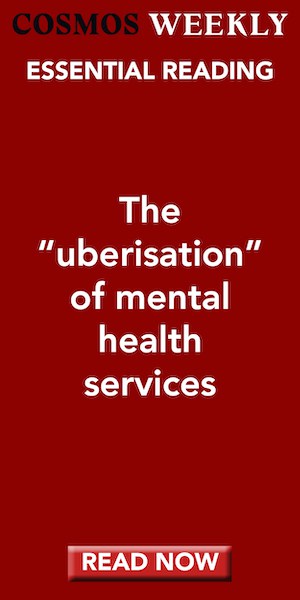