the algae cement the substrate consolidating the reef framework.

Concentric rings found on a type of marine algae are growth bands similar to those in the cross-section of tree trunks, Australian researchers have discovered.

A team led by Guillermo Diaz-Pulido of Griffith University in Queensland reports in the journal PLOS One that the coralline algae known as Porolithon onkodes, found on the Great Barrier Reef, produces “skeletal banding” as a result of the annual activity cycle of their reproductive chambers.

Each summer these chambers, called conceptacles, align to produce spores that are released into the ocean, and over time, consecutive rows of bands develop as a result.

Coralline algae are an abundant calcifying marine organism found worldwide and an important component of coral reefs. However, Diaz-Pulido says banding structures have never been identified in a tropical species until now.

The discovery of the bands and linking the activity of the conceptacles to their formation was only made possible by a sophisticated method that combined five different techniques: X-ray diffraction, mineralogy mapping, ultraviolet light imaging, micro-computed tomography and scanning electron microscopy.

By comparison, reef-building corals use only aragonite to construct their skeletons. An even more intriguing finding was that the individual bands possess a blend of minerals different to the rest of the exoskeleton. The researchers suggest they can be read as a record of changing environmental conditions, as well as the organism’s age and growth rate.

“We hope understanding the complexities of the mineralogy of growth and the banding of the algae will allow us a better understanding of what is going to happen in the future, and especially where the reefs would be able to cope with the increased concentration of carbon dioxide and warming,” says Diaz-Pulido.

The research emphasises the importance of coralline algae in shaping reef environments. Diaz-Pulido makes the analogy coral reefs are constructed like buildings.

“When hurricanes and cyclones come through, the reef stands strong, so understanding how this coralline algae grows and its ecology is very important.” 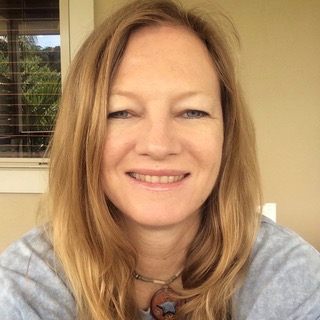 Gabrielle Ahern is a writer, video producer and marine ecologist, based in Queensland, Australia