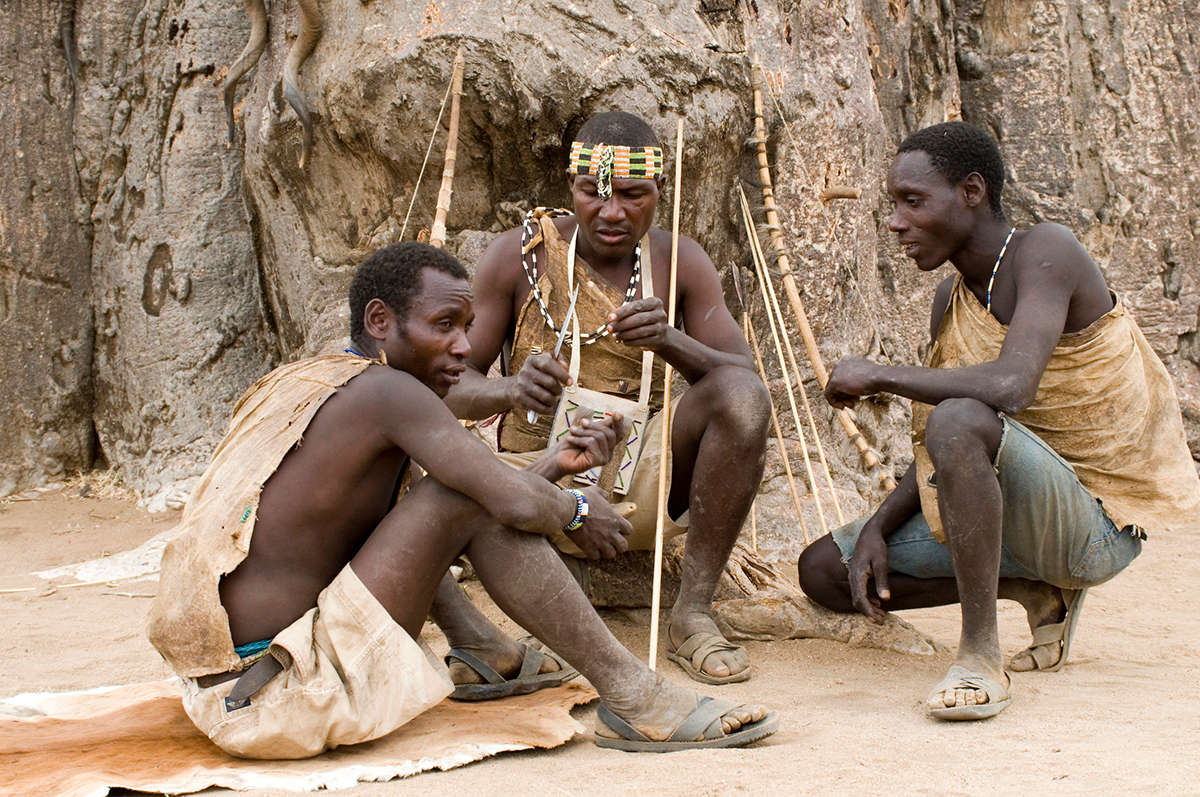 A long and detailed analysis of the faeces of one of the world’s last remaining hunter-gatherer societies is yielding valuable insights into the volatile relationship between humans and gut microbes.

A study published in the journal Science reveals that not only do hunter-gatherer gut microbiomes vary with the seasons – far more than do those of people in industrialised societies – they also contain entire classes of microbes that have all but disappeared in the rest of us.

The research, conducted by a team led by Justin Sonnenburg of the Stanford University School of Medicine in California, US, suggests that diet is a major factor in determining the make-up of the gut microbiome – a symbiotic microbe population at the lower end of the human alimentary tract that plays a critical role in digestion.

{%recommended 516%}Sonnenburg and colleagues focussed their research on the Hadza people, who live in the Rift Valley in Tanzania. There are just 1000 Hadza left, and only around 200 of them lead traditional hunter-gatherer lives.

“The 100 to 200 Hadza sticking to this routine will possibly lose it in a decade or two, maybe sooner. Some are using cell phones now,” Sonnenburg says.

“We wanted to take advantage of this rapidly closing window to explore our vanishing microbiota.”

The hunter-gatherer diet is very restricted, comprising in the main just five foods: meat, berries, a fruit called the baobab, tubers and honey. Meat is primarily available during the Tanzanian dry season, honey and berries in the wet, while tubers and baobab are present all year round.

To discover how this repetitive, and cyclical, diet affected gut microbiota the scientists collected 350 stool samples from 188 volunteers over a period lasting just a bit longer than a year.

They discovered that the microbiota varied significantly across the months, with particular species of bacteria flourishing and diminishing in line with changing food availability.

This in itself was not wholly surprising. Research shows that in industrialised societies individual gut microbe populations vary over days, even hours, and that food input is a major driver of change.

Of more interest was the fact that between the wet and dry seasons, as the availability of meat, berries and honey waxed and waned, the population of some species of gut bacteria dropped so low that it became undetectable.

However, as the seasons and diet changed they rebounded strongly. Sonnenburg and colleagues noted that one of the types of microbe involved, a group called the Prevotellaceae, peaked at a much higher density in the Hazda than in industrialised humans. Two other types – the Spirochaetaceae and the Succinivibrionaceae – while found in subsistence agricultural and hunter-gatherer populations, are either very rare or entirely absent in industrialised communities.

This fact may shed new light on previous research conducted by Sonnenburg and his wife, Erica Sonnenburg.

In 2016 the pair published a study in the journal Nature examining changes in the microbiota of mice. They discovered that some types of gut bacteria had the ability to rebound after dropping to negligible levels through changes in diet.

However, if those species were absent from mice for four generations, when reintroduced they failed to establish populations.

Could changes to diet in the industrialised world account for the absence or rarity of the microbe species that still thrive inside the Hazda? The question awaits further research.

“The challenge is to understand the importance of the ecological role and functional contributions of species with which humans coevolved but that are now apparently underrepresented or missing in industrialized populations,” Sonnenberg’s team concludes.