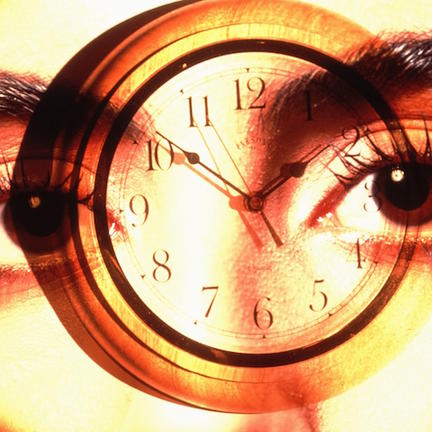 Women may not bounce back from shift work as easily as men, a new study has found.

Researchers studied the impact of a change in day/night cycle upon a group of men and women, and found females’ ability to perform tasks was significantly more affected.

Our circadian rhythm is our body clock that ticks through a 24-hour cycle of day to night, awake to sleep. This innate time-keeper affects our brain function as well as wellbeing and healing ability .

Because of this, the circadian rhythm’s inner workings are crucial to improving life and increasing longevity for patients living with a range of conditions, including Alzheimer's and depression.

Understanding circadian rhythms is also valuable to those studying, or undertaking, activities such as shift work that forcibly shuffle around our natural sleeping patterns.

Throughout research into circadian rhythms, however, there is a tendency to focus on male participants. This bias means the findings of previous sleep studies may be skewed.

This study aims to uncover and highlight differences in how each sex is impacted by changes in circadian rhythms, to help clarify research in this area.

Indeed, the findings, published this week in the Proceedings of the National Academy of Sciences, point to differences between males and females.

Researchers led by Nayantara Santhi at the University of Surrey in the UK observed 16 men and 18 women forced into a 28-hour day, for one-and-a-half weeks.

Every three hours during their awake-time, the participants were asked to report on their feelings of sleepiness and any changes in mood. They were also given cognitive tasks to test their memory, motor skills and attention span throughout the changed cycle.

According to the findings, the effect of the adjustment was more pronounced among the female participants, with particularly high impacts during the early hours of the morning.

The team tested three key performance measures – accuracy, effort and speed. Overall, effort was most heavily affected by the change in cycle. The measure with the largest difference between the sexes, however, was accuracy.

The findings, according to the paper, “have implications for understanding the regulation of brain function, cognition, and affect in shift-work, jetlag, and ageing”.

Realted reading:
Being a 'morning person' linked to genes