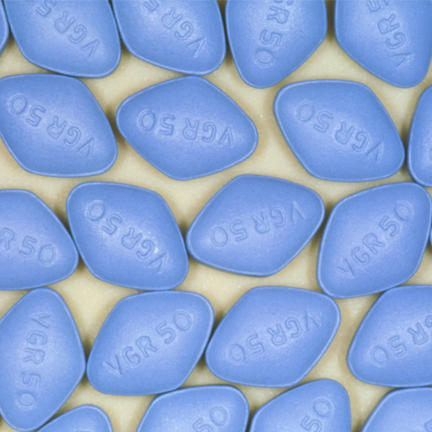 Like most scientists and clinicians in this field, I chose a career developing drugs in the hope of improving people’s lives. I say ‘hope’, because often pharmaceutical research and development is a source of frustration and disappointment. Certainly, we make a continual contribution to scientific and medical knowledge, but our work doesn’t always yield new medicines. Very few of us get to work on compounds that ultimately benefit patients.

I’ve been one of the fortunate ones though. In two decades of research, I’ve managed to be in the right place at the right time on more than one occasion. But the development program I’ve had the greatest involvement in concerns one of the world’s most famous drugs. Its scientific name is sildenafil citrate, but it’s better known as Viagra.

I first came across the project in the late 1980s, when I learned colleagues at Pfizer’s laboratories in Sandwich, a small town on England’s southeast coast, had come up with a hypothesis about selectively blocking an enzyme called PDE5. They believed they might produce a drug to block PDE5 that could expand blood vessels and treat angina. While the project’s aims were admirable, I have to admit I was doubtful it would be the breakthrough they were hoping for.

By the early 1990s, the team had discovered a powerful and selective inhibitor of PDE5, known at the time as UK-92480. Early tests showed it had a moderate effect on the blood vessels of healthy volunteers, which was a promising sign. However, the inhibitor only remained in the body for a relatively short time, and when taken three times a day — to maintain a constant effect — it gave some volunteers muscle aches.

In one of the studies undertaken, male volunteers also reported increased erections several days after the intial dose. None of us at Pfizer thought much of this side effect at the time. I remember thinking that even if it did work, who would want to take a drug on a Wednesday to get an erection on a Saturday? So we pushed on with the angina studies.

At that time I was managing one of the two Pfizer clinical trial units near Sandwich, where we studied whether UK-92480 interacted with nitrates — the standard treatment for angina. We found that it did amplify the effect of nitrates, which could result in blood pressure going too low. This turned out to be one of several findings that reduced the prospects of UK-92480 becoming an angina treatment.

However, increased erections were now being reported in even more volunteer studies, so we decided to follow up on these reports to see where it would take us.

However, we still had a long way to go and many unanswered questions. Would the drug be effective when used in a less clinical setting and after a single dose? How could we measure its effects accurately without being intrusive? Would it work in men with ED caused by different medical conditions, such as high blood pressure, diabetes, heart disease or prostatectomy?

The next trial included more than 300 patients from the U.K., Sweden and France. We included men with diabetes, extended the treatment duration to four weeks and tested three different doses and a placebo. Some clinicians in the field doubted that an oral drug could selectively open up blood vessels in the penis, but we persevered, and I recall a distinct air of excitement at the first meeting with the investigators — who were the doctors adminstering the drug in the upcoming trial.

As the trial progressed, I began to feel more and more nervous at the prospect of finding out the results — not least because we’d now spent many millions of dollars on the project and had yet to deliver a usable drug. The investigators had reported encouraging results, but supposing most of these patients were on placebo? Had we got the dose right? Would patients understand the drug would only work with sexual stimulation? Would our questionnaires and diaries be clear enough, and would the patients complete them properly? I asked myself each of these questions over and over.

The statisticians on the team are the first to see data — it’s their job to analyse results and check the figures. Being the meticulous folk they are, they don’t like to share information until they’re absolutely certain of the results. I remember desperately trying to read our lead statistician’s body language in the days prior to the results. But he was characteristically deadpan and I was able to deduce nothing from his behaviour.

When the results finally came through they exceeded our wildest expectations. There was a beautiful dose-response correlation, with around 90 per cent of patients responding at the highest dose. The drug was also well tolerated, with very few patients reporting muscle aches and very few dropping out of the study. The diaries and questionnaires also provided accurate and consistent results. It’s impossible not to feel a thrill of excitement at this point in a study; I certainly did.

But the nature of drug development means you can’t savour the highs for long. We were preparing to embark on the most expensive stage of drug development — long-term clinical trials of thousands of patients worldwide. This would require hundreds of millions of dollars — and we still only had a one-in-five chance of the drug passing these tests and gaining a licence. So would the company continue to fund our project?

The program had already attracted some unexpected publicity and I worried what impact this might have on the decision. Fortunately, large numbers of impotence sufferers had written to us explaining how the condition was having devastating effects on their relationships and how desperate they were for effective treatment. These letters further convinced us there was a serious need for an ED treatment and encouraged us to keep pushing the program internally.

We received the extra funding and as the clinical program continued we found the results were better and better. The drug worked well in men with a variety of causes of ED, including diabetes and spinal cord injury. It also continued to be well tolerated.

The rest, as they say, is history. Viagra is being prescribed to some 30 million men all over the world. It’s immensely rewarding to know our work has benefited so many people. It is this fact that makes the long days and frustration, which are part and parcel of the development of pharmaceuticals, bearable.

I remind myself that I was just one member of a large team — experts in about 100 disciplines played a part in making Viagra available to patients. And, like many successful scientists, I’ve had my fair share of luck.

More on the subject here: Blue light to replace a little blue pill?