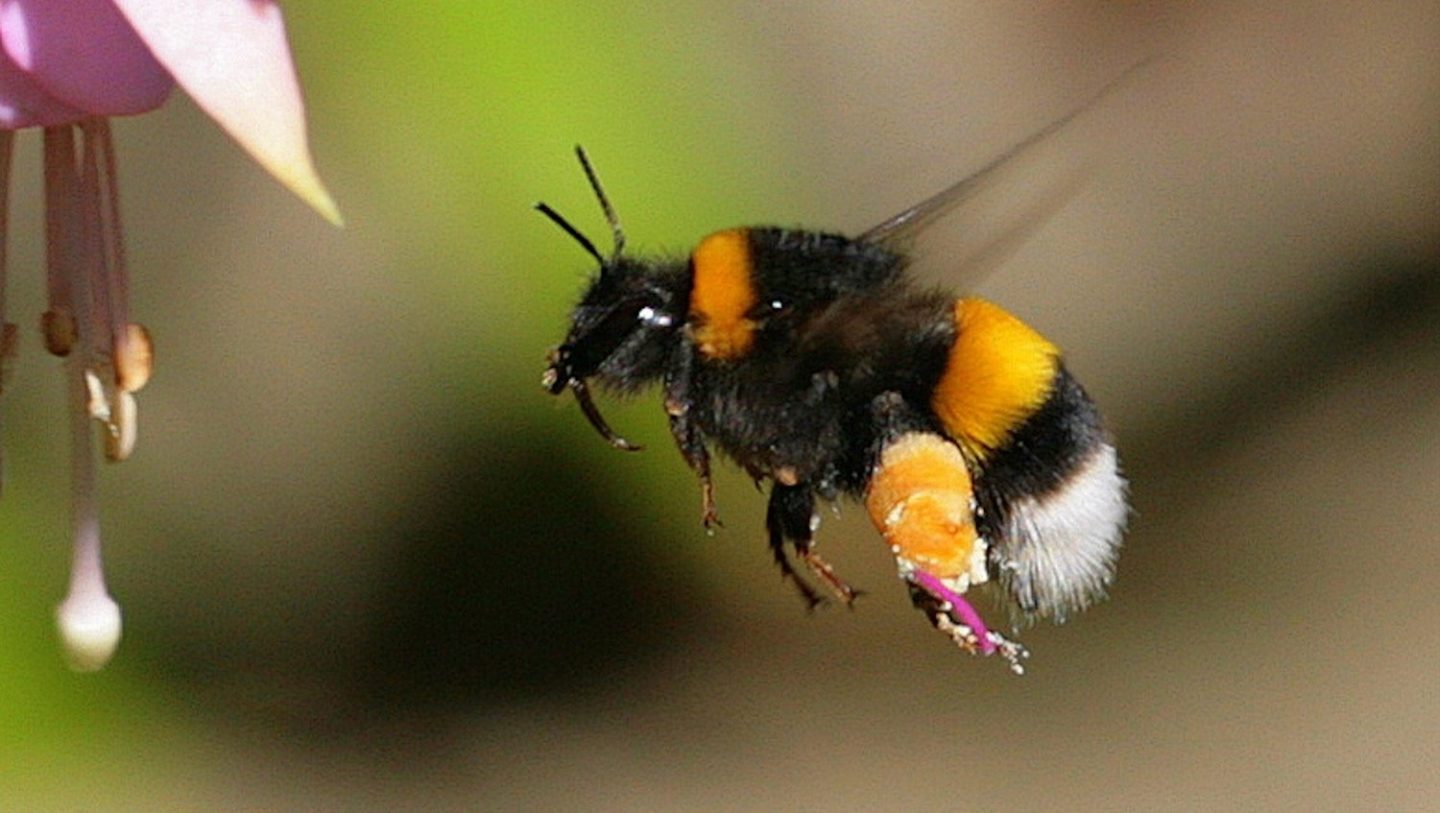 A bumblebee’s stripes may reduce its visibility to predators when in flight. Credit: Michael Marsh/Stocks Photography/Getty Images

Using praying mantids as their crash-test predator, a team led by Diana Umeton at the UK’s Newcastle University has shown that the effectiveness of camouflage isn’t just about pattern. Speed of movement is a critical element.

It’s well known that patterns most effective at hiding stationary prey are ineffective once the prey is moving. The question was whether certain patterns could assist moving animals to evade predators.

Umeton’s team sought to test the idea that high-contrast patterns with repeated elements, such as stripes – highly visible when prey is stationary – can actually conceal prey when it moves fast enough.

This is the “flicker fusion effect”, which occurs when prey move with sufficient speed that their pattern appears to blur, making them appear more featureless and become less conspicuous against the background.

While a good idea, this hadn’t been empirically tested. Previous studies have suggested that certain patterns made moving prey more difficult to capture by causing predators to slightly misjudge their speed or trajectory.

Umeton’s study shows that pattern and speed combine to reduce the visibility of prey itself. The team learned that prey with high-contrast stripes – highly visible when stationary – become better camouflaged with increasing speed than prey with a background-matching pattern

The study pitted mantids – whose visual systems are highly attuned to detect motion – against five different “prey”: types with broad and narrow stripes, one a uniform gray, one a colour-match for the background, and the last, as a control, a uniform black.

Prey were displayed at slow, medium and fast speeds. Results confirmed the team’s prediction that narrow-striped prey were the most effectively camouflaged at increasing speeds, and strongly suggested that flicker fusion was the mechanism underlying the camouflage effect.

The team’s self-described “novel” finding that stripes can reduce predators’ detection of moving prey by exploiting their perception limitations opens up new avenues of research in animal camouflage.

“Importantly, we have shown that these perceptual mechanisms can promote camouflage in moving prey at speeds that are ecologically relevant: our prey speeds were typical of those of small insects, and reliably elicit responses from mantids,” they say in a paper published in the journal Current Biology.

“In fact, our calculations predict that a bumblebee’s stripes reduce its visibility to a praying mantid when the bee is in flight. Demonstrating the ecological validity is an important principle to establish, and suggests that the benefits of pattern and speed interacting to reduce visibility may not be limited to very fast-moving prey, as previously thought.”