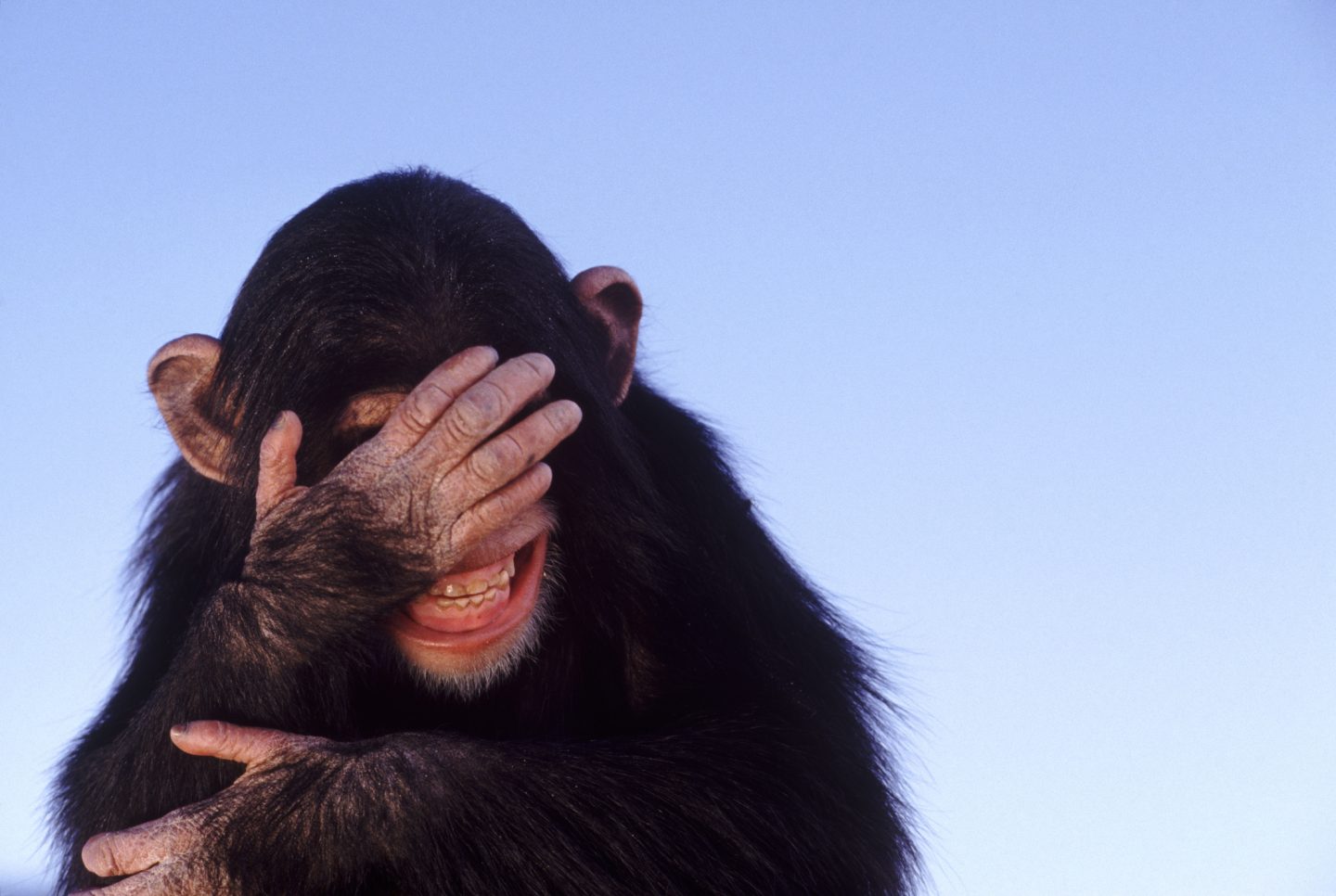 Bonobos and chimps, should they ever meet, could understand each other without difficulty. Credit: Tim Davis/ Corbis/ VCG/ Getty Images

Many of the gestures used by bonobos and chimpanzees share the same meanings, new research shows.

Bonobos (Pan paniscus) and chimpanzees (Pan troglodytes) are closely related great ape species that last shared a common ancestor around one to two million years ago. It was known that these two species each have a repertoire of more than 70 gestures, and that 90% of these are the same, but whether they also served the same purposes was a moot point.

There is increasing evidence that great apes use something called first-order intentional communication when they interact. They will direct gestures towards a specific recipient, assess whether the recipient is paying attention and then use further gestures accordingly. They also wait for a response, and if they don’t get one, they persist with even more gestures.

The implication is that the ape intends a specific outcome and the gestures are used to achieve it. In other words, the gestures have particular meanings.

Recently, the meanings of chimpanzee gestures were catalogued, but it wasn’t known whether bonobo gestures had similar meanings. An arm scratch or a grabbing motion could mean something different in each species.

To find out, researchers from the Universities of St Andrews in Scotland, York in England, and Kyoto in Japan observed more than 60 wild bonobos, and catalogued more than 2300 occasions where distinct gestures were used.

To then determine what the gestures meant, they examined how the recipient responded to the initial gesture and whether the signaller appeared satisfied with this response.

For example, a bonobo reaches out its arm before another bonobo, who responds by climbing onto the first bonobo’s back. The first bonobo, satisfied with this outcome, makes no further gestures. In this scenario, the meaning of the arm reach gesture is inferred to be “climb on me”.

Using this approach, researchers were able to identify 33 bonobo gesture meanings and then compared them to the meanings of chimpanzee gestures. It turns out, many of them share the same meaning, suggesting it’s possible that bonobos and chimpanzees may be able to understand each other’s gestures.

“The overlap in gesture meanings between bonobos and chimpanzees is quite substantial and may indicate that the gestures are biologically inherited,” says lead author Kirsty Graham from the University of York.

It’s possible, thus, that the gestures were used by the last common ancestor between bonobos and chimpanzees, but how they and their meanings are acquired is not yet known.

“In future, we hope to learn more about how gestures develop through the apes’ lifetimes,” says Graham. “We are also starting to examine whether humans share any of these great ape gestures and understand the gesture meanings, so watch this space.”