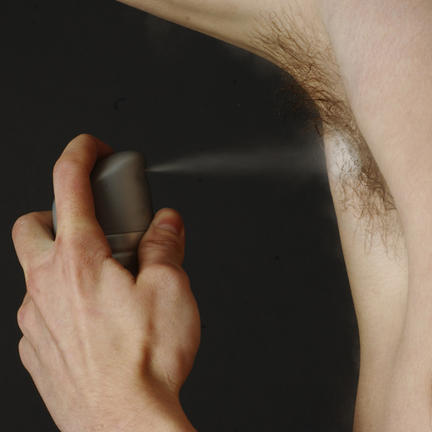 Antiperspirants can significantly reduce the microbial makeup of your armpit skin, a new study has revealed, although scientists are unsure of what impact this may be having on our health.

Antiperspirants work by reducing the amount we sweat, which impacts on the moist environments preferred by microbes.

Standard deodorants, on the other hand, are designed to kill off the microbes that cause body odour, and can also include ethanol or other antimicrobials. Ironically, these appear to lead to an increase in microbial activity.

“Thousands of bacteria species have the potential to live on human skin, and in particular in the armpit,” says co-author Rob Dunn, a professor of applied ecology at NC State.

“Just which of these species live in any particular armpit has been hard to predict until now, but we’ve discovered that one of the biggest determinants of the bacteria in your armpits is your use of deodorant and/or antiperspirant.”

The study, published in the journal Peerj, involved 17 participants comprising regular antiperspirant users, regular deodorant users, and those who don’t use underarm products.

The participants followed an eight-day regime including a period without any deodorant, followed by antiperspirant usage across the board on days seven and eight.

“We found that, on the first day, people using antiperspirant had fewer microbes in their samples than people who didn’t use product at all,” says researcher Julie Horvath, head of the genomics and microbiology research lab at North Carolina Museum of Natural Sciences.

“In addition, people who used deodorant actually often had more microbes on average than those who didn’t use product.”

By days seven and eight, however, when everyone was using an antiperspirant, very few microbes were detected on any of the participants, showing that antiperspirants dramatically reduce the growth of bacteria on the skin.

Whether these bacteria are beneficial or not is still unknown, says Horvath.

“Using antiperspirant and deodorant completely rearranges the microbial ecosystem of your skin – what’s living on us and in what amounts.

“And we have no idea what effect, if any, that has on our skin and on our health. Is it beneficial? Is it detrimental? We really don’t know at this point. Those are questions that we’re potentially interested in exploring,” she said.