Dr Larry Marshall is Chief Executive of CSIRO. This article is adapted from his recent speech to the National Press Club.

CSIRO recently released a once-in-decade report on the seismic shifts that will change the way we all live over the next 20 years.

The “Our Future World” report details seven global megatrends shaping our future, driven by powerful geopolitical, economic, social, technological and environmental forces. It looks out to 2042 to forecast the impact these megatrends are likely to have on Australia’s people, communities and industries.

Megatrends give a name to the uncomfortable truths and massive opportunities that will shape our future. That future depends on our ability to understand the waves of disruption coming at us and respond together at scale. As a nation we haven’t always done this well.

This failure to act is an uncomfortable and costly truth. But uncomfortable truths also show us where the most powerful innovation can be found – if we act.

1. Adapting to a Changing Climate

Climate change began as an environmental emergency. Then it became an economic emergency. It’s now a human health emergency.

But the term “emergency” doesn’t quite capture it. It suggests that if we act quickly to fix the problem, it will be over. The uncomfortable truth is we’ve missed our opportunity to limit dangerous climate change in this century.

We will need to wait until the beginning of next century to see the benefit of emissions reductions, so we must adapt to a changing climate while we wait for our mitigation efforts to work.

After the Black Summer fires of 2019, CSIRO led a review of Climate and Disaster Resilience with the Australasian Fire Authorities Council, the Bureau of Meteorology, and a raft of others.

We’re already applying the recommendations of that report, including implementing a collaborative and national approach, using technologies like Artificial Intelligence to get ahead of bushfires, and working with Indigenous leaders to learn from traditional burning.

This collaborative approach is also how we are delivering a national program of Missions to address Australia’s greatest challenges, including building resilience to drought; preparing Australia’s enterprises for climate shocks; and protecting of our precious water resources.

Australia has ridden the wave of fossil fuels for 30 years, but it’s time to catch the next wave – renewables – which will account for 80% of the growth in global electricity demand by 2030.

Australia has the highest wind and solar capacity per capita of any developed nation; a wealth of critical minerals needed for low emissions technologies; and a skilled workforce.

We can become a global superpower in clean energy industries, but the uncomfortable truth is there’s something standing in the way – our innovation problem. We haven’t invested in the innovation needed to capture this opportunity and transform our economy beyond fossil fuels.

But that is starting to change. Through CSIRO, Australia has invented a liquid renewable fuel to tackle our most difficult emissions, and through our Hydrogen Industry Mission, we’re backing it to create a $50 billion per year opportunity in hydrogen for domestic use and export.

We’re also working with our partners on Missions to accelerate towards net zero; end plastic waste; turn our raw minerals into high-value products for low-emissions technologies; and evolve our agricultural sector to produce more food, more sustainably, from more sources.

A changing climate affects our health. There is a strong correlation between infectious disease and global environmental change. This means we are moving into a world of greater pandemic risk, not lower.

Growing resistance to antibiotics is another significant threat to human health, already responsible for 1.27 million deaths a year worldwide. And more than 11 million Australians suffer from chronic illness. That’s nearly half our population, and rising.

The uncomfortable truth is that we need a greater focus on preventive and precision health, and new approaches to infectious disease and superbugs that consider the interlinked health of people, animals, and our environment.

CSIRO is collaborating on Missions to increase Australia’s resilience to infectious disease and combat antimicrobial resistance. Australian scientists at the University of Queensland, The Doherty Institute, James Cook University and many others are leading work in this area, supported by our world-class facility, the Australian Centre for Disease Preparedness in Geelong.

The fourth and fifth megatrends are linked, but importantly quite different.

The next wave of digital innovation is expected to generate $10-15 trillion globally, but Australia is lagging behind other advanced economies in capturing that value.

Digital technologies and Artificial Intelligence will consume many of the jobs we have today, and just to keep pace with technological change, Australia will need 6.5 million more digital workers by 2025.

The uncomfortable truth is that we have focused on the threat to existing jobs, instead of seizing future opportunities, particularly for our regions, where teleworking, online services, and future industries can be transformative.

Artificial Intelligence is already helping us to solve challenges like accelerating vaccine development, predicting drought, and stabilising our energy grid – and in time will transform every field of science and industry.

Whether we come out on the winning or losing side of this disruption will be decided by what we do next. CSIRO’s Innovation Fund – Australia’s first venture capital fund founded within government – is now managing more than half a billion dollars in mostly private funds to invest in start-ups from science from right across Australia’s innovation sector. Overall, CSIRO has helped to create more than 250 companies and thousands of new jobs from our science and the science of Australian universities.

But again, there’s much more we must do.

The world our children live in will look very different to today’s – not just environmentally, but politically too. We are feeling the effects of disrupted patterns of global trade, growing geopolitical tensions, and war, following decades of growth fuelled by globalisation.

The uncomfortable truth is that it took a global pandemic to realise we had lost critical sovereign capability, as we grew reliant on exporting raw resources and importing skills and technology.

Australia’s world-class science attracts international students to our universities and strengthens our international partnerships. It is the common language that transcends political boundaries and brings us together to solve shared challenges, from climate change to pandemics.

This is also the basis of CSIRO’s National Missions, which are becoming international as we collaborate around the world on challenges that know no borders.

The seventh and final megatrend is perhaps the most important, because it holds the key to responding to the other six.

Trust in institutions has been falling for over a decade. In Australia, COVID-19 saw trust in scientists spike, but the uncomfortable truth is it took a pandemic for the nation to look to science for solutions.

Trust in science led Australia’s response to COVID-19, and we can build on that trust now to put science at the centre of leading a united response to the challenges ahead.

As I’ve said, there’s much more we must do – but science can show us the way.

Originally published by Cosmos as The seven megatrends facing Australia 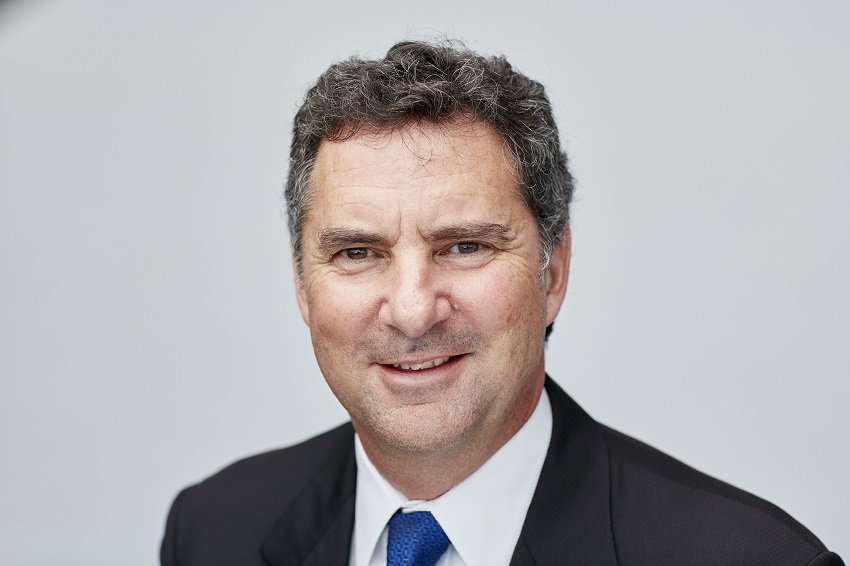 Dr Larry Marshall is Chief Executive of the CSIRO. He is a scientist, technology innovator and business leader with a wealth of experience in creating new value and impact with science. He began his career in America, licensing his work with eye-safe lasers to create a range of healthcare solutions in ophthalmology. Dr Marshall later founded a number of companies specialising in biotechnology, telecommunications, semiconductors and venture capital.