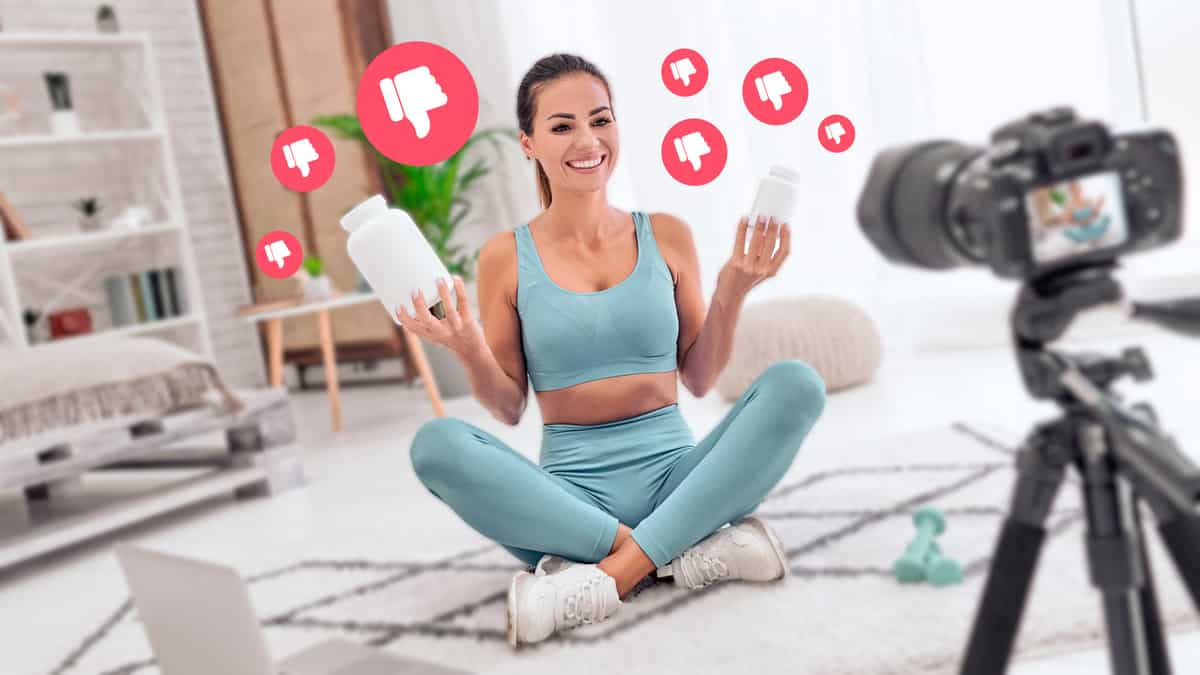 The TGA’s move aims to protect consumers from misleading claims and harmful misinformation – but there may be some unintended consequences.

Australia’s drug regulator is cracking down on social media influencers spruiking health products. Online marketing mavens parading as health gurus be will no longer be able to trade in testimonials if they were paid to post about products claiming to have therapeutic effects, or given free samples.

“Therapeutic goods should be chosen on the basis of clinical need, not through the persuasion of influencers,” says the Therapeutic Goods Administration (TGA) in its social media advertising guide, which was updated in January.

Ken Harvey, a public health advocate who has been calling on the TGA to ban testimonials in advertising for years, doesn’t mince his words either. “Testimonials and endorsements don’t assist consumers in choosing medicines wisely. The plural of anecdote is not scientific evidence,” he quips.

Yet the allure of influencers touting miraculous benefits of health products is undeniably strong and has been irrefutably lucrative – at least until July, when the TGA’s updated code will take full effect.

“Influencers have become an important marketing tool because they are perceived by many to be genuine and credible sources of information about product quality,” says Vicki Waye, a professor of law at the University of South Australia.

“However, the incentives that influencers receive from the companies that supply the products or services they promote are rarely disclosed and influencers may have little basis or few credentials for some of the claims made.”

That’s set to change, as influencers will have to disclose paid posts, and follow the regulator’s advertising code when promoting products such as sunscreens, vitamins and certain cosmetics – which means no more testimonials, only listed claims.

Those claims must be “valid, accurate, and substantiated” and information must be “truthful, balanced and not misleading”, the code states. But policing social media marketeers will be difficult, to say the least, when the root problem is regulating the products themselves.

Supermarket shelves, social media feeds, and online shopping carts are stacked with skincare and nutrition products making overblown claims about health that stray into therapeutic use territory, are based on non-existent or dubious evidence or use clever marketing ploys.

How so, you might ask? Unlike medications – which the regulator must approve as high quality, safe to use and proven to work before they can be marketed or sold – the TGA doesn’t test or review the evidence behind claims made for most vitamins, supplements, probiotics and herbal remedies, which fall into the category of “complementary medicines”.

Brands only need to meet quality and safety standards, and certify they have evidence, should the TGA ask for it, that their product works the way they say it does.

“In reality, a lot of it is poorly enforced, so brands tend to get away with a lot more than they should,” says Michelle Wong, a medicinal chemist who blogs about the science of skincare.

“Because the regulators aren’t well funded, very few brands actually get fined because they’re making claims that overstep the line,” she adds.

Sunscreens, acne ointments and treatments for skin-pigment disorders are regulated as therapeutic goods; their effectiveness is thoroughly assessed the same way as medicines. ‘Removes toxins’ and ‘reducing inflammation’ are actually therapeutic-use claims, too.

But some cosmetics – which should only claim to change the appearance of skin with catch phrases such as ‘hides blemishes’ or ‘prevents the signs of aging’ – go so far as to say they reduce wrinkles or pigmentation, which is a step too far. And where brands go, influencers follow.

Then there are vitamins and supplements, which are often marketed on the simple idea that consuming more nutrients is better for health, says Emma Beckett, a food and nutrition scientist at theUniversity of Newcastle.

While it’s true our bodies need protein and nutrients, and that vitamin deficiencies can lead to health problems, most people don’t need pills and powders on top of food.

“You can do a lot of marketing with vitamins without really saying anything about what they do – because people apply that simple logic of more equals more,” Beckett says.

Brands also use words such as ‘superfood’ that sound scientific but lack any meaning, or claim their product brings about some very subjective, flattering changes such as younger-looking skin, as opposed to doing something that’s actually testable, says Beckett.

“Looking at that evidence it never quite stacks up, but it’s always rooted in a nugget of truth which makes it really hard to dispel.”

Marketing aside, some dietary supplements do fill a medical need, such as folic acid before and during pregnancy to prevent neural tube defects, says Harvey, a former representative to the TGA’s panel on advertising compliance.

“The problem is that they are totally submerged by a deluge of ineffective products marketed for crazy indications like weight loss, hangovers or improved brain function, and that’s a concern.”

“The biggest problem is that consumers have an expectation of what a product can do so they are misled into buying a product that doesn’t deliver on its promises,” says Wong.

“The other impact is that brands that do go through the process of getting their product properly approved as a therapeutic good are disadvantaged because consumers can’t tell the difference.”

There’s also the risk that people put off seeing their doctor, delay treatment in favour of some miracle product, or overlook the simple things we can do for good health and glowing skin, such as eating a healthy, balanced diet, says Beckett.

Plus, products considered safe to sell over the counter can endanger health. Vitamins, supplements and herbal remedies can interreact with prescription medicines, making drugs more potent or less effective; they may also cause serious allergic reactions, or people can overuse a product to the point where it damages skin or becomes life-threateningly toxic.

Sadly, the consequences can be deadly. In late 2020, the TGA moved to regulate high-risk sports supplements as medicines rather than ‘sports foods’ in the wake of several deaths and a handful of organ transplants among people using so-called ‘fat burners’.

However, according to research by Harvey, the drug watchdog doesn’t have the teeth or resources to clamp down on dodgy claims. It receives close to 1,500 complaints a year about products making wacky, unsubstantiated or misleading claims but only a couple of hundred cases are dealt with anything more substantial than a letter. Many products remain on sale even when scientific studies debunk old claims.

“It’s extremely common that claims are made with no scientific basis,” says Harvey. “The basic problem is unethical claims being made for these products and a regulatory system that really doesn’t help consumers sort out the wheat from the chaff.”

Plus, the regulator’s reach only goes so far.

“It’s pretty alarming what products you can order online, not really knowing where it’s come from and what the quality control might be,” says Beckett. “Not every country will be as strict as Australia on how to conduct compliance and quality reviews.”

Social media has some upsides, though. For people who have fought to find the right medical care or whose health concerns have long been dismissed or misdiagnosed, social media is a place to find support, swap recommendations and share advice.

“In a way [social media] can be empowering because it removes the issue of gatekeepers of [health] information,” says Beckett, using women’s health and contraceptives as an example. “But it can be risky because it means people can be giving the wrong information, either intentionally or not.”

She acknowledges that the TGA is wading into turbid waters in social media but is supportive of efforts to rein in advertising of sports and nutritional supplements. However, without a real enforcement strategy, the policy to crack down on influencers is not going to be very effective, Beckett adds.

“It’s a very big industry with a lot of people who want to make money off the confusion, the uncertainty and the simple idea of more is more,” she says.

“People do still need to be sceptical; they do still need to critically assess the information they find online, and they should still talk to their GP about any supplements they’re taking, regardless of how safe they look.”

Wong, who often reviews sample skincare products, thinks the TGA’s move might have some unintended consequences, too, as influencers may be less inclined to spruik sunscreens given the extra barriers to promoting them.

“Influencers have actually gone a long way towards getting people to wear sunscreen because they’ve been dispelling this perception that sunscreens are heavy and greasy, and only need to be worn at the beach rather than every day, like the Australian College of Dermatologists recommends,” Wong says.

“But because there are so many other things that influencers can talk about, I expect we’ll probably see less coverage of sunscreens, which is a pity.”