Home ■ ASC Edits ■ What we know about the COVID-19 virus As the number of people infected with the novel coronavirus increases at a rapid rate, health authorities and scientists are making progress in better understanding the virus. The information we have on this new coronavirus is rapidly accumulating and becoming publicly accessible. But there are many key questions that remain unanswered.

One of the challenges of tracking the virus is the lag time between an individual becoming infected, acquiring symptoms, seeking care, and finally being laboratory confirmed and reported. New cases are emerging faster than we can count.

To accurately predict the outbreak dynamics and determine appropriate prevention measures, we need to know how the virus spreads and how quickly it spreads (defined by the basic reproductive number, R0), the virus incubation period (the time between initial infection and onset of symptoms), and the case fatality rate.

When the virus first emerged it was given a range of names. However, the virus has been officially named SARS-CoV-2, and the disease it causes COVID-19. For ease, the World Health Organization instead refers to the virus as the ‘virus that causes COVID-19’, or the ‘COVID-19 virus’. (It’s a bit of a mess, to keep it as accurate yet straightforward as possible we’re calling it the COVID-19 virus too. -Eds)

How will the outbreak affect Australia?

At this point, it is difficult to say. To date, there have only been 15 cases in Australia, all of which have been mild.

Studies of the virus attribute increasingly larger R0 values to it, indicating that it is highly contagious in nature. But how the virus spreads will differ depending on location. At the start of the outbreak in Wuhan, no one was prepared. With heightened awareness, quarantine, and travel restrictions, it is highly likely that the virus will not be as contagious in Australia.

Infectious disease research and management collaborations have also swung into action to rapidly detect and characterise emerging infectious diseases in returning travellers. The novel coronavirus outbreak triggered heightened sampling and researchers and clinicians across Australia are working to limit the spread of the virus.

Washing hands and avoiding other people if you feel unwell are important steps to reducing virus spread. And while it probably won’t protect you from the COVID-19 virus itself, getting a flu shot will help reduce the burden on the health system if the virus continues to spread.

The COVID-19 virus has caused respiratory disease in over 76,000 people in 25 countries. Most patients experience mild, cold and flu-like symptoms including dry cough, fever, fatigue and breathing difficulty. It can lead to pneumonia requiring hospitalisation, and in over 2200 cases, has led to respiratory distress, organ failure, and death.

A study of 99 of the first cases in Wuhan found that more than half of the patients admitted to hospital with pneumonia also had underlying health issues including cardiovascular and cerebrovascular diseases, and diabetes. However many of these cases are difficult to link to susceptibility to COVID-19. Further studies including patients from other cities and countries are needed to develop a better understanding of COVID-19 and the virus that causes it.

Surprisingly, for reasons unknown, cases in children have been rare. This same pattern was seen during another coronavirus outbreak, severe acute respiratory syndrome (SARS), in 2003.

However, we are not even sure whether these numbers are accurate. Only individuals who have been tested and confirmed to have the virus are included in the official numbers, making it likely that more people have been infected, but have not been diagnosed because their illnesses were milder.

Given the bulk of COVID-19 virus infections may remain largely unrecognised, the confirmed COVID-19 cases are skewed towards patients presenting with more severe disease and are actively seeking medical attention. Similarly, there is long delay between diagnosis and death/recovery. Thousands of people are currently infected will either recover or die – we simply don’t know yet.

How do you test for the COVID-19 virus?

The test for the COVID-19 virus infection is carried out in specialised laboratories. Samples are taken from the upper (nose and throat swabs) or lower (saliva and mucus samples) respiratory tracts of suspected cases. The RNA in the samples is amplified, and then tested for sequences that match the genome of the novel coronavirus.

A COVID-19 virus genome was released on January 22 by the Chinese Academy of Medical Sciences.

The Victorian Infectious Diseases Reference Laboratory (VIDRL), located at the Peter Doherty Institute for Infection and Immunity, was the first laboratory to successfully grow and share a lab-grown version of the virus outside of China. This was shared with laboratories collaborating with the WHO worldwide for further characterisation – the more we learn, the more effectively patients can be treated.

How long can a person be asymptomatic?

It is estimated that the virus incubation period is around 6.4 days, but can range anywhere from 2-11 days, meaning someone unknowingly carry the virus for over a week before becoming ill. This is why health authorities have implemented 14-day quarantine periods for people likely to be at risk, such as travellers.

Some reports suggested COVID-19 may have a longer incubation period, but it is considered unlikely.

At airports, thermal screening has been employed to detect infected travellers. While it was also used during the 2003 SARS epidemic and 2009 H1N1 influenza A pandemic, there is controversy around its effectiveness. Thermal testing identifies passengers with a fever before they board flights, but asymptomatic infections may not be detected. A new study predicted that just under half of infected travellers may be boarding planes undetected.

Is the panic warranted?

This new virus is not necessarily a superbug. However, even if the case fatality rate turns out to be relatively low, the impact of widespread infection on healthcare systems that already work at near-maximal capacity remains a substantial potential concern. The main problem is that we don’t yet have enough information.

The WHO and researchers around the world are working around the clock to learn more about this virus, and in the meantime are making educated assumptions based on similar viruses.

Current trials are testing the effect of antiviral drugs used against HIV and Ebola, and vaccines are under development in Australian research institutes, so there is hope.

Mathematical models suggest that the outbreak will peak in Wuhan in mid-late February. However, forecasting the peak of any outbreak is challenging, especially with the limitations to the data available.

A reduction in the number of new cases in Wuhan may not necessarily mean that the virus is under control – if unexposed populations became exposed the infection could increase again. Hence maintaining travel restrictions until that time may reduce the risk of an outbreak in Australia or elsewhere.

There are also concerns that the infection is being under-reported in some countries, especially where the ability to detect and control the disease is less well-developed.

As COVID-19 virus had been never seen in humans prior to December 2019, we are still in the dark. We simply don’t have enough information to accurately predict and model this virus outbreak. But we are getting there.

This article was reviewed by Bragg member Professor Michael Reade. 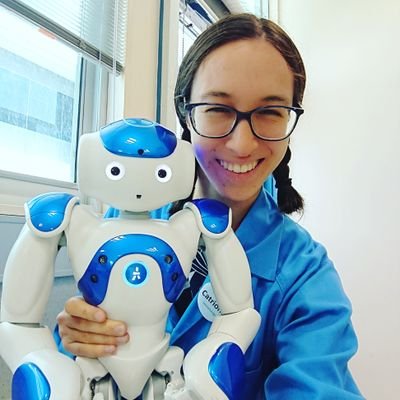 Catriona is a PhD student at The Peter Doherty Institute for Infection and Immunity in Melbourne.