COVID-19 has had many consequences, not least of all in eclipsing Australia’s terrible ‘Black Summer’ fire season in the Australian public consciousness. Go back less than six months and the news was dominated by overwhelming images of forest fires indiscriminately destroying habitat, buildings and lives.

COVID-19 is rightly our current concern. But as I write, summer and the inevitable fire season that it brings are only four months away.

The pandemic makes it easy to forget just how bad last fire season actually was – 186,000 square kilometres of forest burnt, over 5,900 buildings destroyed, and 34 people killed, not to mention the nearly three billion animals that perished.

These impacts are pretty confronting, and led to a range of reactions in the fires’ aftermath. Some suggested that forests were actually part of the problem and should be not be replaced for fear of increasing future fire risk. Others said that it was not the trees but our management regime (or lack thereof) combined with unprecedented hot, dry weather caused by climate change that were the root causes.

For many, however, blaming trees was ironic, given their central role in combatting climate change through the carbon they sequester.

Don’t overlook the importance of trees

It’s easy to not appreciate the critical and varied roles trees play.

As the most upstanding (literally) form of plant life (flora) on the planet they are critical to the survival of all animal life (fauna). After all, by converting sunlight into glucose via photosynthesis they form the basis of the global food chain. Without flora there would be nothing for herbivores to eat, and that also means no carnivores (or omnivores like us).

They’re also the lungs of the planet. It only takes seven or eight trees to provide each of us with the roughly 550 litres of oxygen we each breath every day. But then there’s the oxygen needs of other animals on Earth too.

There’s the habitat they create for innumerable animals and birds, with tropical forests alone home to two-thirds of the planet’s terrestrial species.

And if this doesn’t move you, this same woody biodiversity also contains untold pharmaceutical wealth, with a good proportion of the medicines we routinely use having originated in tropical forest plants and trees.

Finally, going back to my first point, forests are among the most carbon-dense environments on Earth, storing about one-third of terrestrial carbon. Put another way – forests help combat climate change and are very good at it. According to ETH, planting billions of trees across the world is one of the best (and cheapest) ways of taking CO2 out of the atmosphere to tackle the climate crisis.

A worldwide planting programme would be able to remove two-thirds of all the emissions from human activities that remain in the atmosphere today. To back this up, ETH calculated how many more trees could be planted globally without taking over agricultural land or urban areas and reckoned Earth could support another 900 million hectares of forests, containing half a trillion trees. Enough to negate about 20 years of human-produced carbon emissions at the current rate and buy us time in the fight against climate change.

And yet we still destroy them

And yet despite these multiple benefits humans have systematically reduced the number of trees on the planet, from 5.8 trillion at the dawn of human civilisation 12,000 years ago to 3 trillion today. We continue to clear them at a rate of 15 billion a year.

And shamefully, Australia is a major player in all this. We’re one of seven countries responsible for more than half of global biodiversity loss – a figure which has included more than 75% of Australian rainforests and nearly 50% of all forests in the past 200 years.

On the other hand, along with the world’s five other biggest nations – Russia, Canada, China, the US and Brazil, we contain half the potential sites suitable to re-establish forests. In fact, Australia alone has 58 million hectares of underutilised land suitable for planting trees according to ETH, much of it useable without compromising our way of life.

There are mechanisms that already exist to help make this a reality. Biodiversity offsets are a legal requirement to re-establish equivalent habitat to that lost when development occurs. Carbon offsets are financial incentives to plant trees or protect existing forest to sequester CO2 and offset carbon producing activities.

But biodiversity offset schemes aren’t curbing deforestation. Many practices are not well covered by the regulations, and for those that are, policing isn’t effective. Carbon offsetting (through the Emissions Reduction Fund) may offer a great potential way to incentivise landowners to plant trees – but it’s only available to larger farms who can afford the prohibitive costs of participating in the scheme.

How prohibitive? My own 53 hectare Forktree reforestation project is planting 15-20,000 trees, and yet still isn’t large enough to afford the audit costs under the ERF scheme that can run to tens of thousands of dollars. You can join forces with others to share costs, but this can be complicated and still be a marginal exercise financially.

Effectively this sends the message to small-medium size farming businesses, who represent the majority of farms in Australia, that their contribution isn’t required.

So where does all this leave us as we approach National Tree Day? Living in the most climate-exposed developed country in the world with almost unlimited space and potential to plant trees to combat biodiversity loss and climate change but with little incentive for most to do so whilst forest loss inexorably continues.

The good news is that positive change can happen quickly. Australia’s world class satellite imagery capability can already work out how much carbon is being sequestered by trees without the need for costly audits, potentially unlocking carbon funding for even the smallest landowners.

Aboriginal land managers possess an unparalleled wealth of experience stretching back millenia in how to reduce fuel loads in forests through traditional fire management practices, saving both carbon emissions and livelihoods.

And finally, each year, hundreds of thousands of Australians participate in voluntary initiatives from tree planting to growing native saplings in their back yards to help replenish our forests.

But we need all of these initiatives and more to occur now and at scale to really halt the decline.

In recent years we’ve learnt incredible things about trees’ ability to communicate by emitting chemicals to warn one another of insects or animals predating on them. If they could only communicate with us, surely they would warn us that we destroy them at our peril. 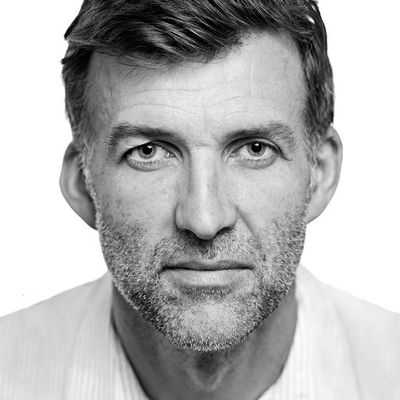 Tim Jarvis is an international leader in the field of environmental sustainability.