Cooper Creek as photographed by an astronaut on the ISS. Credit: NASA Earth Observatory

Red-tinted sands and dark green braided streams provide a colourful contrast within Queensland’s Channel Country. As the International Space Station (ISS) was passing over southwest Queensland, an astronaut took this photo of the Cooper Creek floodplain.

The Channel Country is a region of creeks and streams that drain into Lake Eyre, to the south-west out of the image. In this area, the Barcoo and Thompson rivers converge near the town of Windorah to form Cooper Creek. Crossing a wide, gently sloping floodplain, at times up to 50km wide, a spiderweb-like pattern of braided and cross-connecting channels has been carved by seasonal floods.

To the north are ancient linear dunes, tinted red from traces of iron that coat larger quartz grains. These dunes originally formed in a time the climate was drier. As the climate in this region became slightly wetter (but still arid), vegetation density has increased, reducing the impact of wind and water on the dunes and halting most of their migration. There is some reshaping of sediment at the top of the dunes due to winds.

The combination of ancient stable dunes, and braided water channels makes the region an analogue of Mars. Understanding the formation of these areas on Earth helps understand past conditions on the red planet. This can provide information to help preparations for exploration of other planets.

Closer to home, the region provides significant habitat for water birds and has been classified as an Important Bird Area. 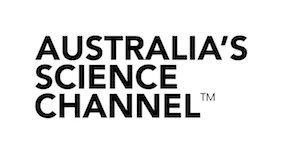