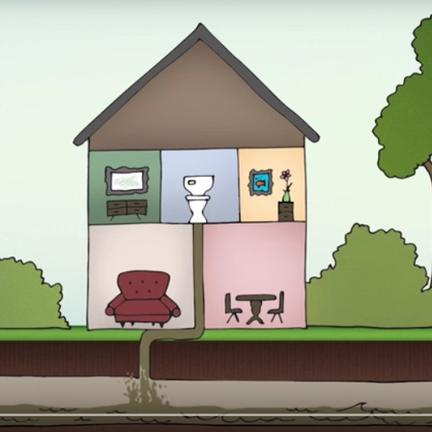 Since toilets were invented we have literally been flushing energy away. What's more, we then have to use even more energy – around 5% of total energy consumption in developed countries – to treat the sewerage.

But scientists estimate that the wastewater could yield up to 10 times more energy than it takes to treat, if we could only harvest that energy.

Most systems to do this have focused on harnessing methane in sewerage solids, but Xueyang Feng and Jason He looked at the problem differently.

They studied the bacteria themselves, and say they could be used to develop a microbial fuel cell – a bacterial battery.

"All the biochemical or chemical reactions involve electron transfer," He told public radio in the US. "It’s just a matter of how can we extract those electrons and make it into a useful form."

The team traced the metabolic patheways of bacteria using the carbon-13 isotope to explain, for the first time, just how electrochemically active bacteria create energy.

Organics in sewerage and wastewater perform different roles. Some are food for the electricity-generating bacteria, while others are good at conducting energy.

Lactate is mainly metabolised by its host bacteria to support cell growth, while formate is oxidised to release electrons for higher electricity generation.

When the researchers combined these two substrates, the output of energy was far greater than when they are working separately.

"What we found is that the organics are very good to support bacterial growth so they can reproduce themselves a lot," He says.

Their work was published in Scientific Reports. The team is now working on scaling up the process.