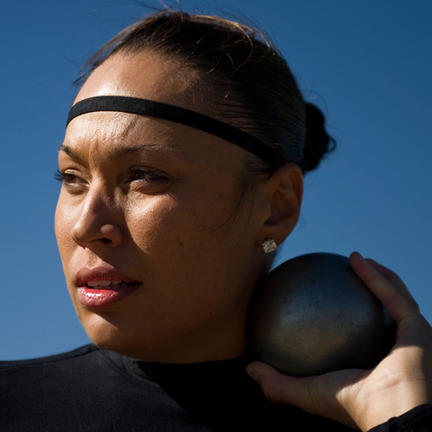 Bracelet, watch … diagnostic lab? University of California Berkeley scientists have built a wearable sensor small and light enough to slip on your wrist, which analyses chemicals in sweat, alerting elite athletes or patients to overheating, dehydration or other health problems.

The prototype consists of five sensors and a flexible printed circuit board, in convenient wrist or headband form, which processes signals from the sensors and transmits data to a wireless device, such as a smartphone.

The sensors are integrated in a disposable bandage, which sticks to the skin. Four sensors detect different chemicals found in sweat – sodium ions, potassium ions, glucose and lactate. The more glucose or lactate in sweat, the more current is generated – the more sodium or potassium ions, the greater the voltage.

As these electrical signals change with temperature, a fifth sensor for body temperature calibrates the signals to more accurately record chemical levels – a big step up from previous sensors which could measure one chemical only, and be unable to adjust for temperature effects.

The researchers confirmed the device’s accuracy by comparing sweat samples collected from 26 healthy volunteers working up a sweat pedalling exercise bikes and running outdoors. Their device, published in Nature, allows real-time diagnoses previously only possible through testing in laboratories.

The team has laid the groundwork for developing sensors that could easily monitor medicinal drugs or other health indicators. University of Cincinnati electrical engineer Jason Heikenfeld describes the work as a “real leap forward for wearable devices” in an accompanying News & Views article.

Indeed, healthcare systems have already jumped on the digital bandwagon.

Last year, the UK’s National Health Service announced proposals to roll out wearable diagnostics, such as Fitbits, to patients within five years, letting patients track their health stats such as heart rate and blood pressure in real-time from home and upload their medical records to the cloud for monitoring. Wearables that track drugs or metabolites in a patient’s system would allow even more detailed at-home medical monitoring.

“Researchers will undoubtedly come up with innovations to transform technology that is currently merely appealing into something that, one day, you could not imagine living without,” writes Heikenfeld.