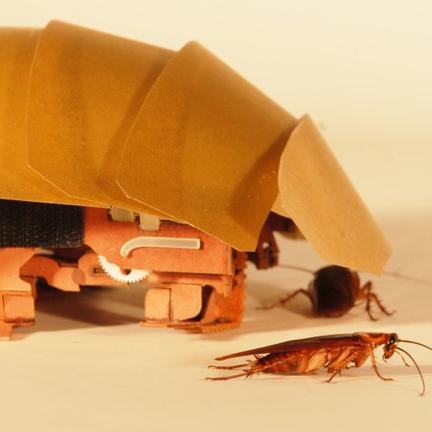 They are the scourge of inner-city households, able to get into the tiniest nooks and crannies to evade the most aggressive pest controller. But it is that extraordinary ability to compress their body, which allows them to move through tiny cracks and crevices and speed through constricted tunnels, that may inspire a whole new generation of rescue robots.

Kaushik Jayarama and Robert Full from the University of California, Berkeley studied the physicality of roaches – both their ability to adapt their body shape, and their quick movement in confined spaces – to create a robot capable of moving through tricky terrain.

"We discovered that cockroaches traversed horizontal crevices smaller than a quarter of their height in less than a second by compressing their bodies’ compliant exoskeletons in half," the researcher write in their paper published in the Proceedings of the National Academy of Sciences Plus.

The cockroaches’ secret is soft, bendy legs and malleable body and shell, as well as a unique form of movement.

"If you scale it up to the size of a human, it would be equivalent to about 70 miles per hour (113 km/h), over twice the speed of the fastest sprinter," Jayaram told reporters.

Besides their speed and flexibility, cockroaches are extremely robust, and can withstand pressure equivalent to 900 times their body weight without sustaining injury.

Armed with a greater understanding of cockroach anatomy, the researchers set about creating a robotic prototype. The resulting bot can be held in the palm of a hand, and weighs less than 50 grams, including controls and battery.

The researchers named the robot “Compressible Robot with Articulated Mechanisms”, or CRAM.

CRAM has soft legs and a low-friction, shell-like casing made of polyester.

The roach-bot stands at 75 millimetres tall (roughly the height of a tennis ball) and can compress its height by 54%. A flexible spine and bendy legs allow it to move quickly through confined spaces.

Finally, thanks to overlapping abdominal plates, CRAM can also bear a load of around a kilogram, which amounts to more than 20 times its own weight.

The robot is intended as a search-and-rescue aid. Experts hope that its unique abilities will make it an ideal candidate for penetrating rubble generated by tornados, earthquakes and explosions to search for survivors.