Home ■ Technology ■ No gears, no gasoline, no problem: check out this hydrogen-powered car 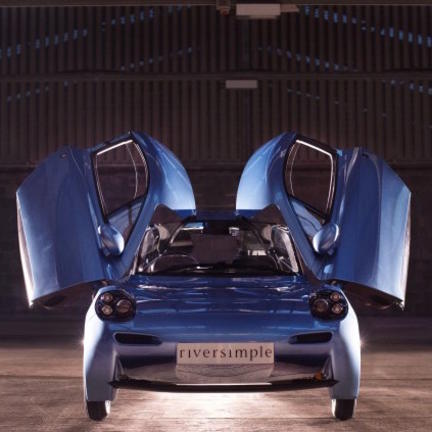 A Welsh startup last week unveiled a working prototype of a zero-carbon-emission, hydrogen-powered car with no gears.

With a carbon fibre and aluminium outer shell weighing less than 40 kilograms, keeping the weight of the whole car around 500 kilograms, the Riversimple Rasa is incredibly fuel-efficient, able to traverse 500 kilometres on just 1.5 kilograms of hydrogen.

It can go from zero to 100 kilometres an hour – top speed – in around 10 seconds, thanks to an 8.5 kilowatt fuel cell stack adapted from those usually found in forklifts which powers in-wheel electric motors. The same motors double as brakes.

And its only byproduct? Water.

While the Riversimple Rasa is not the only hydrogen fuel cell car out there, it's the first to be built from scratch – unlike other companies, which tend to drop a fuel cell in an existing chassis.

It's slower than a Tesla but has longer range, and has fared well in test drives. Transport journalist Ray Massey, writing in the Daily Mail newspaper, called it "a mini marvel and grounded in reality, not sci-fi".

So will we see it driving down the highways soon?

Probably not. Hydrogen-fuelling stations are few and far between at the moment, although plans are afoot to have more built across Europe, the US and Asia. Australia has just one station, which opened last year in Sydney.

But evenutally, Riversimple says, the Rasa will be part of a "sale of service" business model, meaning drivers will pay to access a Rasa, rather than buy or lease them.

But before that even happens, 20 drivers will take part in a 12-month trial starting later this year to see how the little car fares with day-to-day life.

Watch it zip around here: