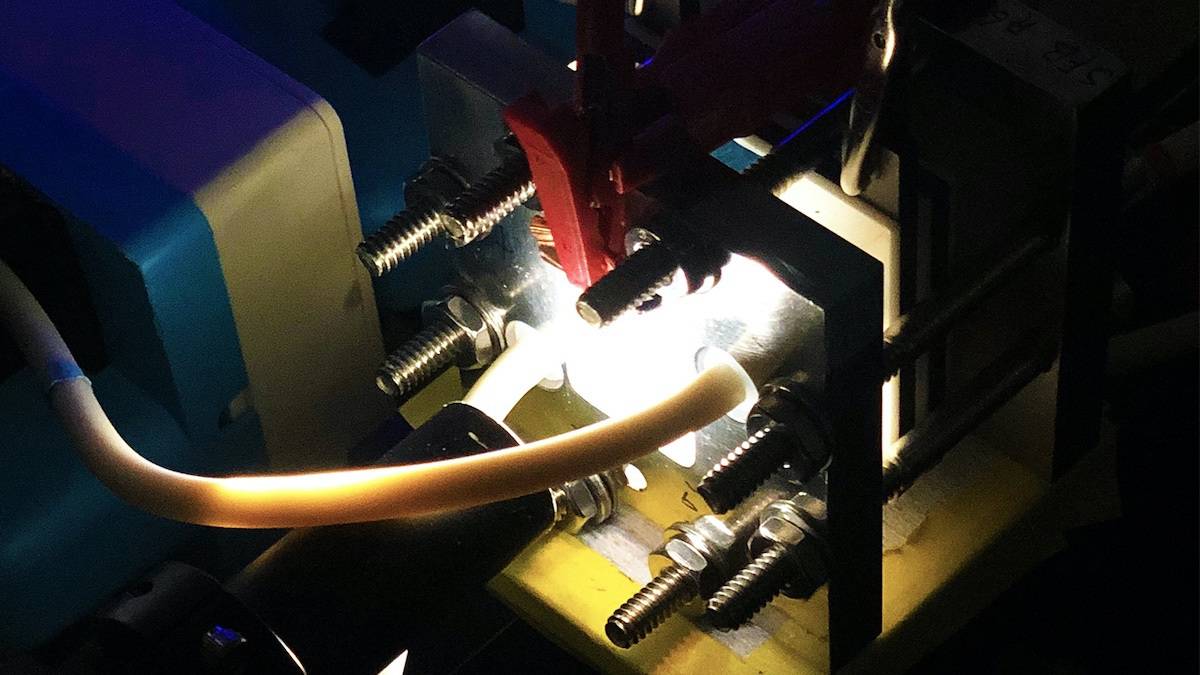 The experimental solar device in the lab at the University of Wisconsin-Madison. Credit: Wenjie Li
More on:
batteries

Scientists continue to advance the potential to use solar-flow batteries to provide electricity in remote areas.

An international team of chemists and solar cell researchers reports in the journal Nature Materials that it has developed a single device that contains both a solar cell to convert sunlight into electricity and chemicals that can store the electricity for later use.

It can generate, store and redeliver solar electricity with a “new record” efficiency of 20% conversion of energy from the sun, they say.

That is 40% more efficient than the previous record for solar-flow batteries, which also were developed by Song Jin and colleagues in his lab at the University of Wisconsin-Madison, US.

Also involved were researchers from King Abdullah University of Science and Technology, Saudi Arabia, and the City University of Hong Kong.

Solar-flow batteries are still some years from commercialisation but are seen to offer great potential because they combine the advantages of photovoltaic cells, which convert sunlight into electricity, and flow batteries, which use tanks of chemicals that can react to produce electricity and be recharged by the solar cells.

Many solar home systems use lead-acid or lithium-ion batteries for electricity storage. Flow batteries, which use large tanks of liquid chemicals to store energy, could be less expensive at a larger scale.

“Each of these technologies offers advantages,” says Utah’s Tianbiao Liu. “The photovoltaic cells convert sunlight into electricity, while the flow batteries can be charged by the solar cells to store solar energy simultaneously.

The researchers acknowledge, however, that there’s still plenty of work to be done before such devices would make practical renewable-energy solutions.

Increasing the size and scale of the current small gadgets in the lab is one challenge. And even though they have created a relatively long-lasting battery, real-world applications will demand still greater robustness.

Originally published by Cosmos as Exploring potential of solar-flow batteries