Home ■ Technology ■ Paralysed man regains touch in his hand, thanks to brain implant 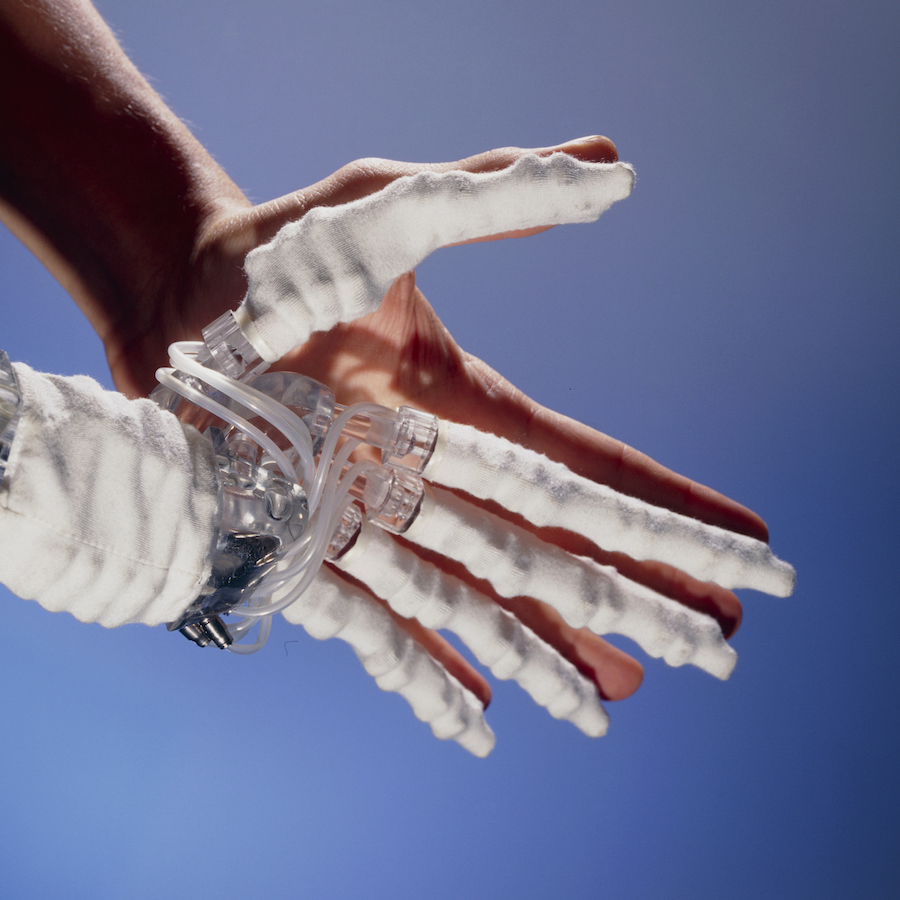 A paralysed man with a brain implant has had some sense of touch restored – both through his real hand and a fake limb.

The research, by Sharlene Flesher from the University of Pittsburgh in the US and colleagues and published in Science Translational Medicine, could provide huge improvements for paralysis treatment and develop better prosthetic limbs.

The subject: 28-year-old Nathan Copeland. In 2004, a spinal cord injury sustained in a car accident rendered him unable to move or feel his lower arms and legs.

To see if some of that lost feeling could be recovered, implants were slotted into the region of his brain that detects touch – called the somatosensory cortex.

By electrically stimulating the region of the somatosensory cortex responsible for sensations in the hand, and bypassing the subject’s damaged spinal cord, Flesher and her colleagues wanted to see if they could restore the sense of touch to him.

Once the electrodes were in place, the researchers then performed a number of tests, such as touching Copeland’s skin with a cotton swab, which he was then asked to describe without being able to hear or see what what happening.

Copeland detected warmth and pressure from his upper palm and base of the four fingers on his right hand. They note that he identified 93% of the stimuli as feeling “possibly natural”.

And when the researchers wired up a prosthetic limb, Copeland could identify which finger on the limb was being touched – while blindfolded – 84% of the time.

These results remained stable over the course of the six-month study, which involved two to three test sessions a week that lasted up to four hours each.

By showing how electrically stimulating the somatosensory cortex can evoke tactile sensation, and how the perceived intensity can be modified, the work could be used to design medical equipment for both paralysis patients and amputees as it presents a mechanism by which touch can be returned.

This could be implemented directly, through skin, or via neuroprosthetics.

Neuroscience Research Australia’s Janet Taylor, who studies how the brain controls limb movement, says that the work is also particularly important because it’s not a one-way street – the subject provided feedback.

“Because everything we perceive is the result of sensory signals sent to the brain and then activity of specific neurons in the brain, it is not surprising that activation of sensory cortex makes sensations that are felt to come from the body,” she explains.

“However, we have not previously had anyone to tell us exactly how this type of artificial activation felt.”

Despite their success, Flesher and her colleagues do issue some caution, pointing out that Copeland started off with partial sensation in his hand. It is difficult to generalise his case to other patients that might have complete sensory loss in the area.

Still, Taylor notes, “you have to start somewhere, and having some remaining sensation in the area allowed testing of actual sensations to show that the implant did not cause damage and further impairment.”