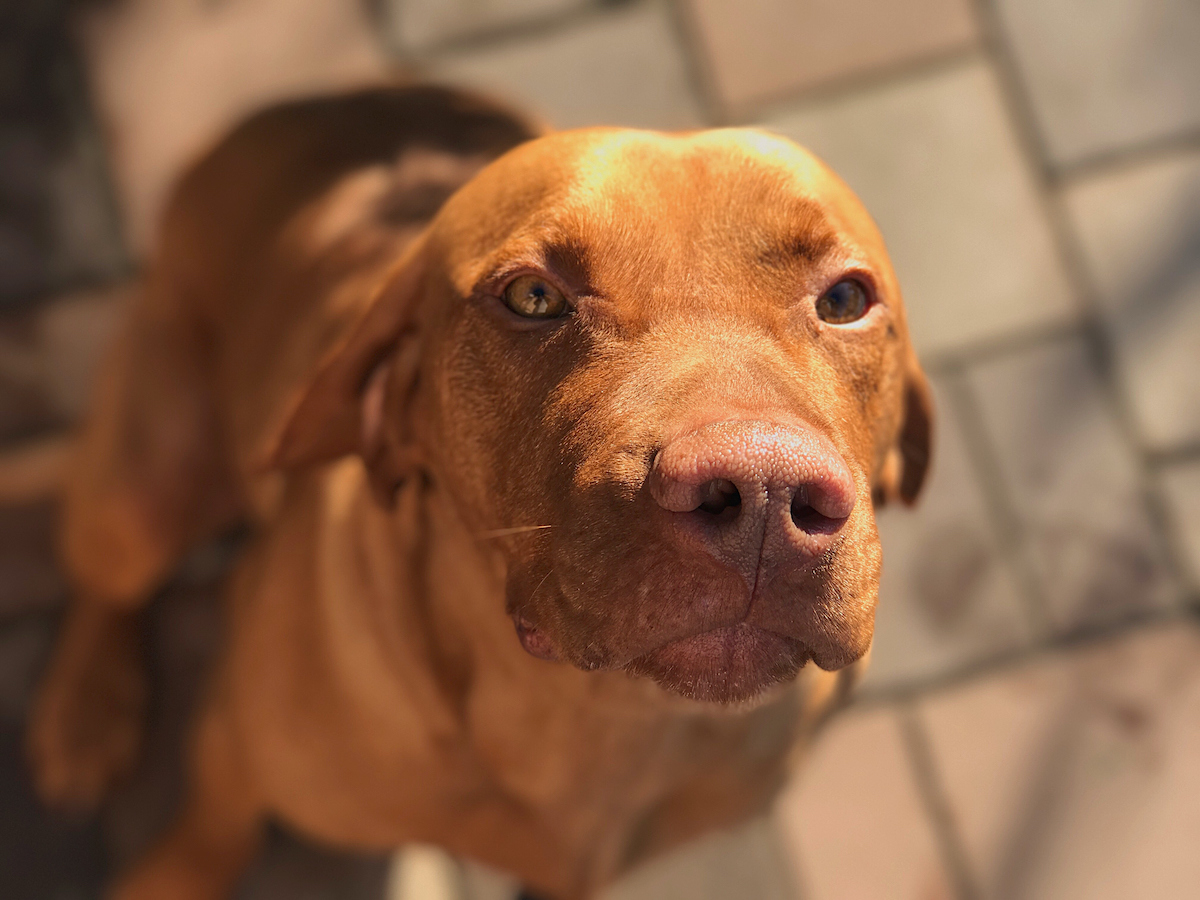 With a nose like this... Hungarian Vizsla (above) and Labrador dogs were trained to detect cancer in urine. Credit: Pter Balogh / EyeEm / Getty Images

This process could inform “the next wave of smart, early, accurate, non-invasive diagnostic technology,” says Andreas Mershin from MIT in the US, senior author of a paper published in the journal PLOS ONE.

Dogs’ noses have around 300 million dedicated sensory receptors, giving them a phenomenal sense of smell that is up to 100,000 times greater than that of humans.

Three decades ago, anecdotal reports of dogs showing excessive interest in lesions that turned out to be skin cancers started emerging, which sparked scientific interest and a proof of principle paper in 2004 finding they could detect bladder cancer in urine.

The paper was co-authored by Claire Guest, who is lead author of the current study. Guest works with Medical Detection Dogs in the UK, using “super sniffers” to detect various illnesses including cancer, Parkinson’s disease and malaria.

(And yes, you’ve been dying to ask – the organisation is now testing whether their talented canines can detect COVID-19, so if you go to the UK you might find yourself being sniffed at the airport in the not-too-distant future.)

The ensuing research reached a peak in 2015 with a momentous Italian study that found two dogs could detect prostate cancer from a large number of urine samples with an average 99% sensitivity (ability to detect positive cases) and 98% specificity (ability to identify negative cases) compared to cancer-free samples.

The new study was inspired by a perceived need for large-scale screening that could also improve the sensitivity of current tests to aggressive forms of prostate cancer. It was made possible by a unique interdisciplinary collaboration that drew on expertise in medical sniffer dog training, cancer, volatile organic compounds, microbial profiling and machine learning.

To conduct the pilot study the team recruited two dogs – a Labrador called Florin and Midas, a Hungarian Vizsla – who were trained to detect the cancer in urine from patients with confirmed positive biopsies compared to biopsy-negative controls.

In a double-blind trial with seven positive and 21 negative samples, the dogs showed 71% sensitivity and 70–76% specificity in identifying the highly lethal cancer cases.

To understand what the dogs were detecting, the team analysed microbial species and volatile compounds in the urine using gas chromatography-mass spectroscopy. These both showed differences between positive and negative samples.

The differences weren’t clear-cut though, which could highlight just how sensitive the dogs’ noses are. It turned out, for instance, that two of the negative controls they both selected incorrectly had unique microbiota that distinguished them from the others.

Pooling the data, the team trained artificial neural networks to distinguish the cancer samples, which they say demonstrates the approach’s viability for further large-scale studies and development of new diagnostic tools.

“We determined that it is feasible for machine olfaction and other analytical and emergent diagnostic technologies to learn from how dogs diagnose cancers,” says Mershin.

Where could it all lead?

“Readers should dare to start thinking of a world where our smartphones now also have the sense of smell and apps trained to find and diagnose all sorts of conditions more than even what the dogs have been shown capable of so far,” he adds.

“Our bodies and environments constantly leak biologically relevant information in the form of volatiles and now we can start making sense of scent using emergent artificial dog intelligence and a suite of machine olfactors.”