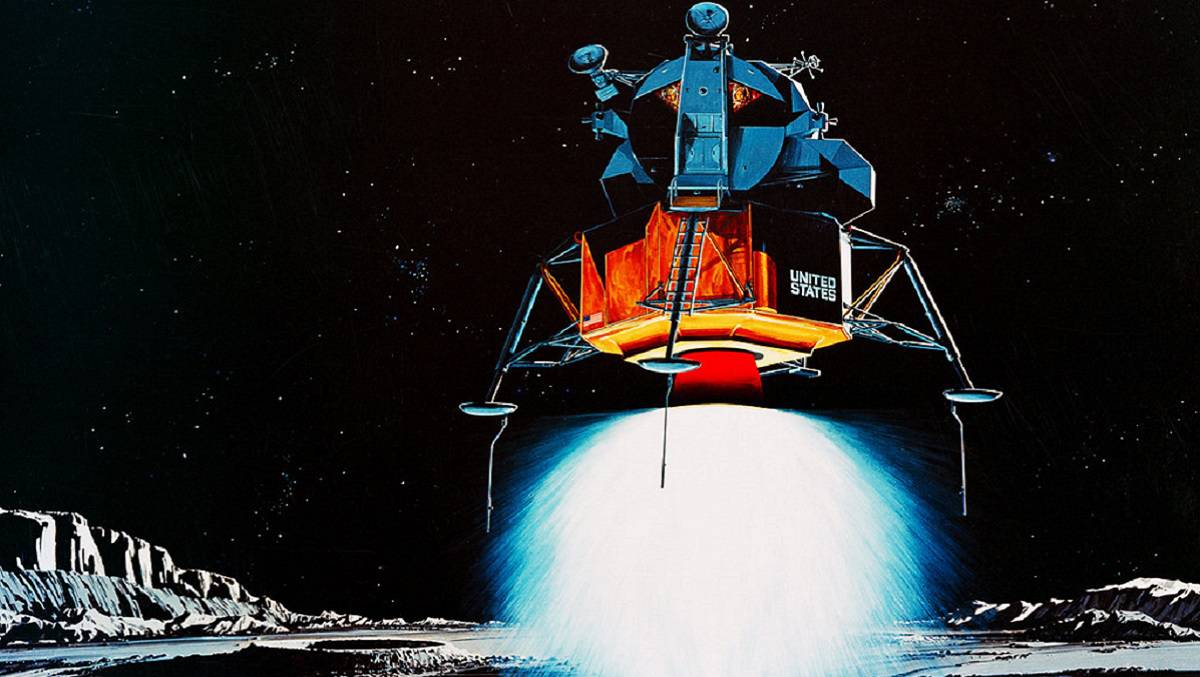 An artist’s concept from 1969 depicts a lunar module descending to the Moon’s surface. Credit: NASA/Johnson Space Centre
More on:
Moon

As humans again dream of getting to the Moon, scientists are increasingly conscious of issues around the logistics and impact of landing.

Last month, as reported in Cosmos, a team from the University of Michigan released computer simulations showing the particulate mayhem set in motion on the lunar surface by thruster-powered landings.

The aim of that research is to develop physics-based models that can be incorporated into codes used by NASA to help predict what will happen to the spacecraft.

New work led by Johns Hopkins Applied Physics Laboratory is more interested in how the Moon might be affected. It shows that exhaust from a mid-sized lunar lander can quickly spread around the Moon and potentially contaminate vital ices at the lunar poles.

Computer simulations of water vapour emitted by a 1200-kilogram lander (about a quarter of the dry mass of the Apollo lunar module) touching down near the south pole showed exhaust takes only a few hours to disperse around the entire Moon.

As much as 40% of the vapour persisted in the atmosphere and surface two months later, and roughly 20% would ultimately freeze out near the poles a few months after that, the researchers report in a paper in the Journal of Geophysical Research: Planets.

Part of the problem is that the science is getting more sophisticated. “Exhaust during the Apollo mission didn’t complicate measurements in the same ways that it might now,” says the paper’s lead author, Parvathy Prem.

Back then, most of the interest was in collecting lunar samples. More recent discoveries, such as ice preserved in permanently shadowed craters near the lunar poles, has shifted interest to understanding the origin and dispersion of water and other volatile molecules.

Reading that record requires measuring the composition of the ice as well as their various isotopes to deduce where they came from and how they got there. Frozen-out exhaust gases could confound those measurements.

Space organisations can expect volatile gases to significantly coat the lunar surface as much as 100 kilometres from the landing site, the researchers suggest. The residue exhaust does eventually fade away, but current plans for human lunar exploration mean it will happen more frequently and with much heavier landers.

Prem does caution that the model isn’t foolproof, noting in particular that it assumes the degree to which water interacts and “sticks” to the lunar surface, which is still uncertain, and that it tracks only water vapour, which makes up only about a third of the exhaust of most landers.

Nevertheless, the researchers write: “Exhaust propagation is perhaps the most widespread and long‐lived impact of spacecraft operations on a nominally airless solar system body, and should be a key consideration in mission planning and in interpreting measurements made by landed lunar missions, particularly at near‐polar regions.”

Originally published by Cosmos as What happens when a Moon lander lands?