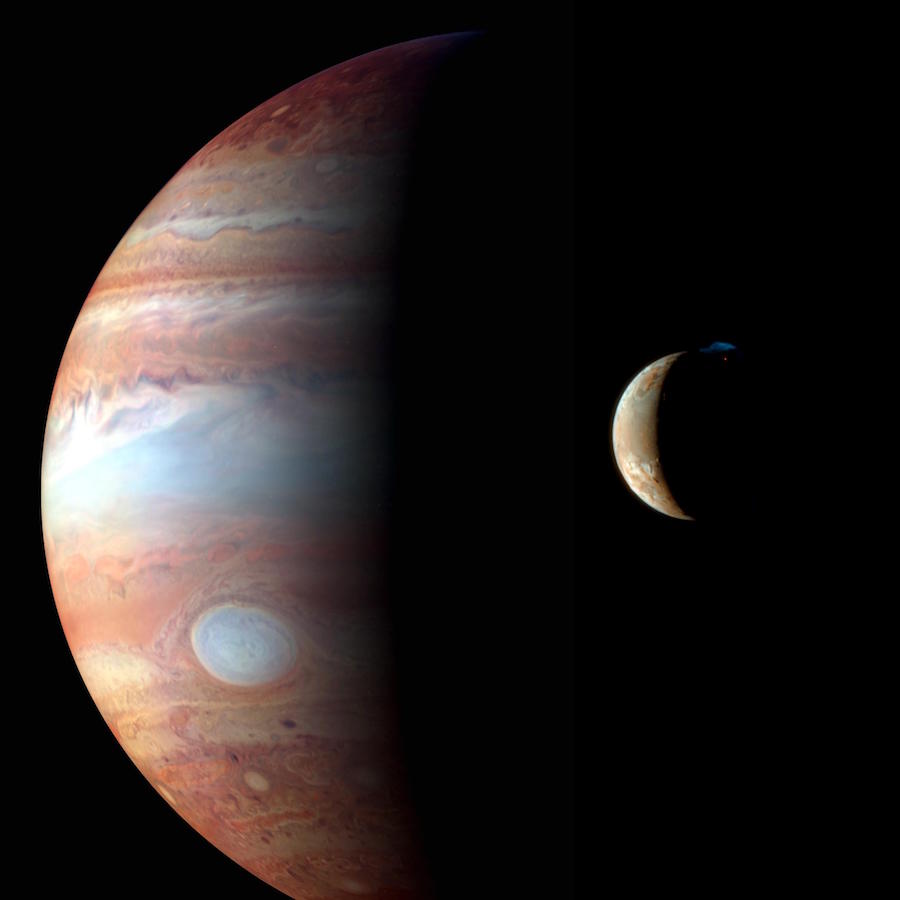 Constantine Tsang from the Southwest Research Institute in Boulder, Colorado and colleagues in the US, France and Spain recorded, for the first time, how Io’s atmosphere behaves during its orbit around Jupiter from sunshine to shadow.

In a study published in the Journal of Geophysical Research Planets, they saw the atmosphere begins to “deflate” when the temperatures drop from around -150 °C in sunlight to around -170 °C during eclipse which happens two hours of every Io day (1.7 Earth days).

The atmosphere puffs up again as the surface warms once the moon returns to full sunlight.

“This research is the first time scientists have observed this phenomenon directly, improving our understanding of this geologically active moon,” Tsang says.

Prior to their work, astronomers found it tricky to directly observe Io’s atmosphere in the darkness of an eclipse.

But Tsang and colleagues were able to do so as the Texas Echelon Cross Echelle Spectrograph on the Gemini telescope in Hawaii measured the atmosphere using heat radiation – not sunlight.

This way, they picked up the faint heat signature of Io’s collapsing atmosphere.