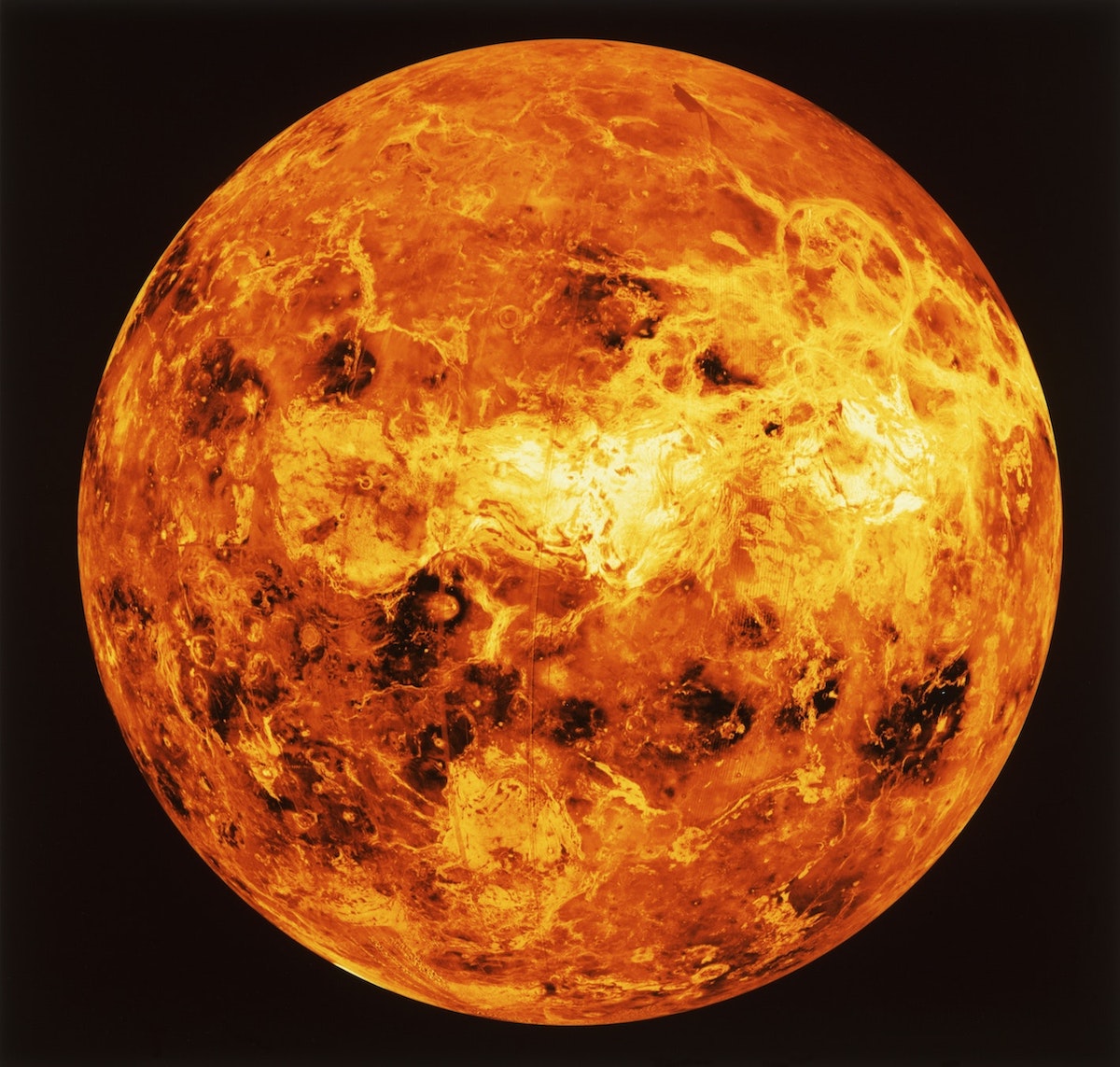 Hot as hell, but long ago Venus might have hosted abundant life. Credit: NASA/ROGER RESSMEYER/CORBIS/VCG

The planet Venus may once have been hospitable to life, scientists say — possibly even more so than the early Earth.

Furthermore, this may have occurred even though Venus never had plate tectonics, the process by which the Earth constantly recycles its crust by bringing fresh material to the surface via volcanoes, while subducting old rock back into the interior in places such as deep-sea trenches. It’s a process that produces damaging earthquakes and volcanoes, but also helps buffer our atmosphere’s level of carbon dioxide, thereby keeping our surface temperature in the right range for liquid water.

“Plate tectonics is often tied to habitability, because Earth is habitable and has plate tectonics,” says Matthew Weller, a planetary scientist at the University of Texas at Austin, US, who presented his recent paper at the Lunar and Planetary Science Conference (LPSC) in The Woodlands, Texas.

But, he says, that’s not necessarily required: “Our work shows that a planet such as Venus, without plate tectonics, could have had surface temperatures over several billion years allowing for liquid water, which could allow for life.”

The fact that Venus didn’t have Earth-type tectonics doesn’t mean its crust was totally stagnant. Rather, Weller says, it may have gone through “episodic” tectonics, in which it alternated between periods of extreme quiescence and ones of large-scale activity, like “plate tectonics on steroids.”

The active periods, Weller says, produced enough carbon dioxide to warm the surface enough for life, even early in the solar system’s history, when the Sun was 30% dimmer. At that time, the Earth may have been going through ice ages so extreme the period is often referred to as “Snowball Earth.” But on Venus, enough carbon dioxide could have been released from the episodic upheavals to keep the planet pleasantly warm… and wet.

Eventually, the sun warmed, and the carbon dioxide built up too much. The water disappeared and Venus turned into the inferno it is today. But, notes Weller, “a few billion years ago, Venus might have been a warm, water world.”

Furthermore, he adds, many geophysicists believe that Earth, like Venus, started out with no plate tectonics (a situation in which its crust is described as a “stagnant lid”). This was followed by a period of episodic tectonics, like those that suggested for Venus, before our planet moved to its present regime of steady-state, continuous tectonics.

In the future, as our planet’s interior cools, Weller says, the reverse will happen, first with a return to episodic tectonics, then to a stagnant lid.

Studying Venus is therefore useful to understanding our own planet’s long-term future. “Where Venus is now is where the Earth will be a billion or so years from now,” Weller says.

Not that we need worry too much about our planet’s ultimate demise. But the discovery that Venus may once have been habitable is useful for exoplanet hunters hoping to find habitable worlds circling distant stars. Not only does it mean that planets in orbits comparable to that of Venus are not necessarily uninhabitable hothouses, but, Weller says, it means that “our solar system could have had three habitable planets early in its development.”

And if that happened here, he says, “many planets could have the potential for liquid water (and life).”

Lori Glaze, a planetary volcanologist at NASA Goddard Spaceflight Centre in Maryland, US, who also spoke at the LPSC, agrees that Venus can help teach us about exoplanets. “A lot of these exoplanets are more Venus-like than Earth-like,” she says.

But sending missions to Venus to gather extra data to further our understanding has long taken a backseat to the exploration of other planets. “We always get close, but never get selected,” she says.

One thing that’s needed is an orbiter to conduct high-resolution radar mapping not only of surface features, but topography. “At the moment, [what we have] is more or less equivalent to what we had in the 1970s for Mars,” she says.

But a lander is also needed. It wouldn’t last long on the 462 degree Celsius surface, but it could be built well enough, she says, to spend a couple of hours making atmospheric measurements and collecting and analysing mineral samples. That doesn’t sound like much time, she admits, but Venus scientists know what measurements they most want, and how to build instruments to take dozens of them and send back the data before succumbing to the heat. “We have that capability,” she says.

The best landing zones, she notes, would be in the rugged highlands that compose about 15% of the planet’s surface. “These appear to be the oldest material on the surface,” she says — old enough that they might date back to a time when Venus’s had water.

“Were they weathered in an environment where there was more water present?” she asks. “That would tell us a lot.”

Even if they showed no trace of interaction with water, that too would be revealing. “If these surfaces really are ancient, they could have a lot of secrets they could tell us,” she says.