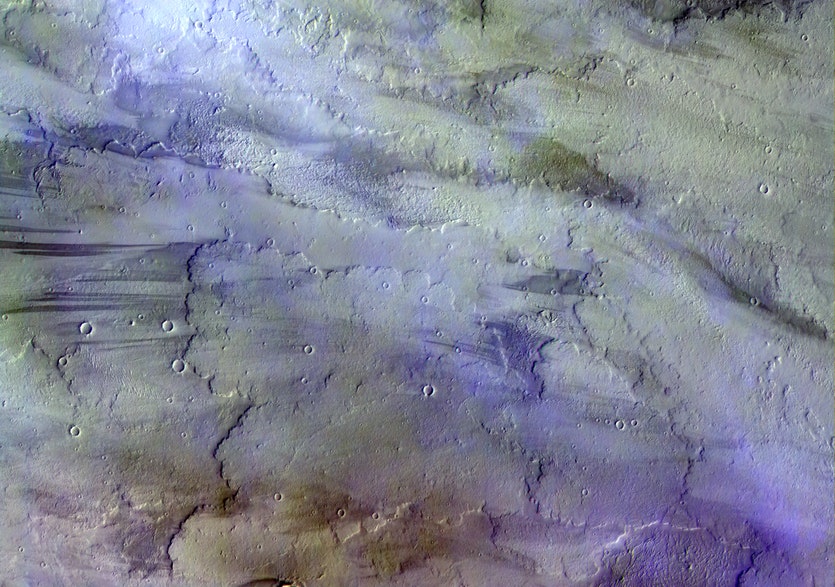 The outlines of ancient lava flows dominate this Martian landscape, while icy clouds and atmospheric haze – coloured blue-white in this image taken by the ExoMars Trace Gas Orbiter – float above.

This alien landscape is 630 km west of the volcano Arsia Mons, the southernmost of the Tharsis volcanoes. The dark streaks are made up of wind-blown basaltic sand, while redder patches are dust carried on the same winds.

The Trace Gas Orbiter is a joint effort between the European Space Agency and Roscosmos, the Russian agency, which has orbited the red planet since October 2016.

In the course of 2017, the spacecraft has been repeatedly surfing in and out of the atmosphere to generate tiny amounts of drag that will steadily pull it into a near-circular orbit at an altitude of 400 km. Once this orbit is reached in early 2018, full scientific operations will begin.

The false-colour composite shown here was made from images taken with the Colour and Stereo Surface Imaging System, CaSSIS, in the near-infrared, red and blue channels.