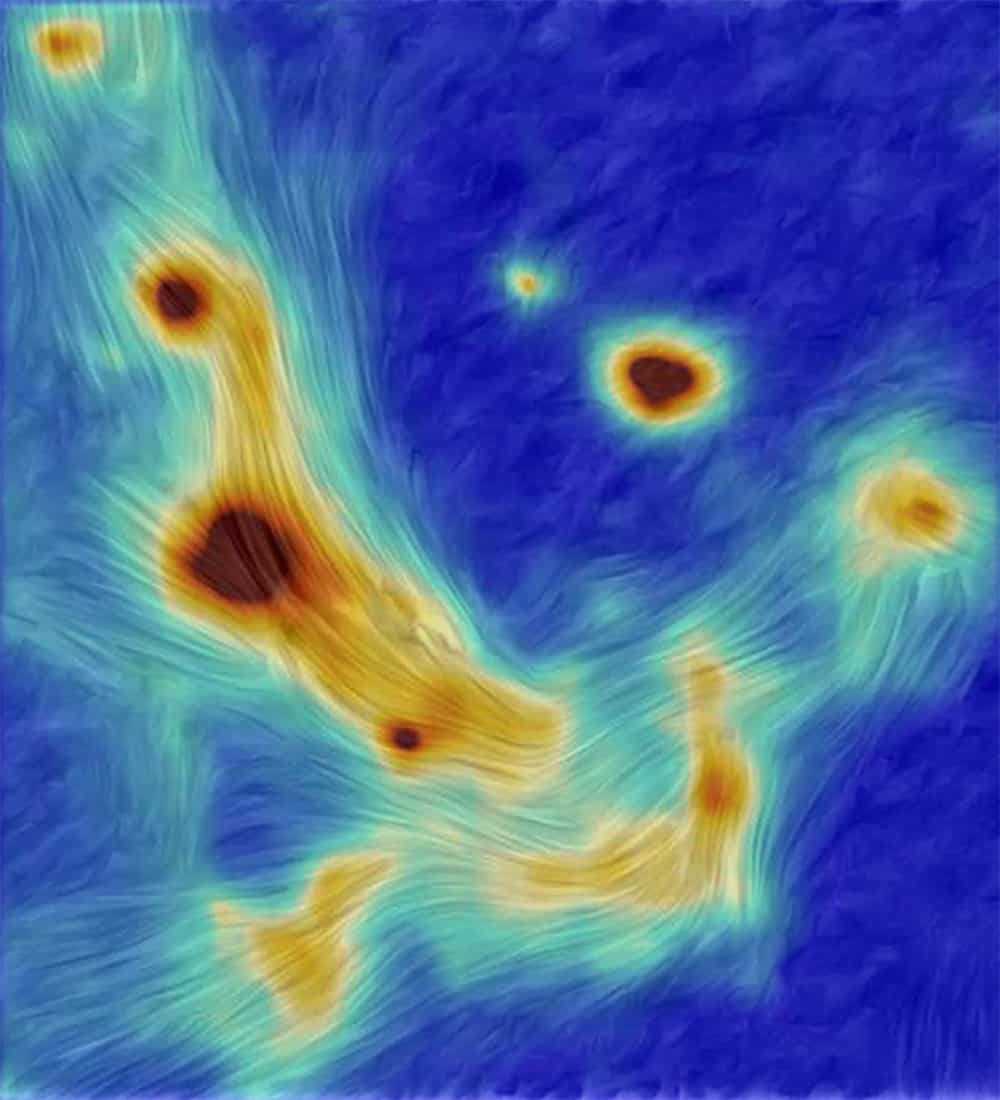 A high-resolution map of the magnetic field lines in gas and dust swirling around the supermassive black hole at the center of our galaxy.

The supermassive black hole at the heart of galaxy, known as Sagittarius A*, is hard to get a good look at. Visible light from sources in the center of the Milky Way is blocked by clouds of gas and dust. Infrared light, as well as X-rays and radio, more freely passes through this obscuring material, so astronomers use this to see the region more clearly.

The image above is a new high-resolution map of the central region of the galaxy using infrared light. Centred on the supermassive black hole, the map covers a region about one light year on each side.

The image shows the intensity of infrared light, and traces magnetic field lines – inferred from the polarisation of the light – within filaments of warm dust grains and hot gas, which appear here as thin lines reminiscent of brush strokes in a painting.

The filaments, several light years long, appear to meet close to the black hole and may indicate where orbits of streams of gas and dust converge. One prominent feature links some of the brightest stars in the center of the galaxy. Despite the strong winds flowing from these stars, the filaments remain in place, bound by the magnetic field within them. Elsewhere the magnetic field is less clearly aligned with the filaments.

The origin of the magnetic field in this region is not understood, but it is likely that a smaller magnetic field is stretched out as the filaments are elongated by the gravitational influence of the black hole and stars in the galactic center.

The map was created by a team of researchers led by Patrick Roche of Oxford University.