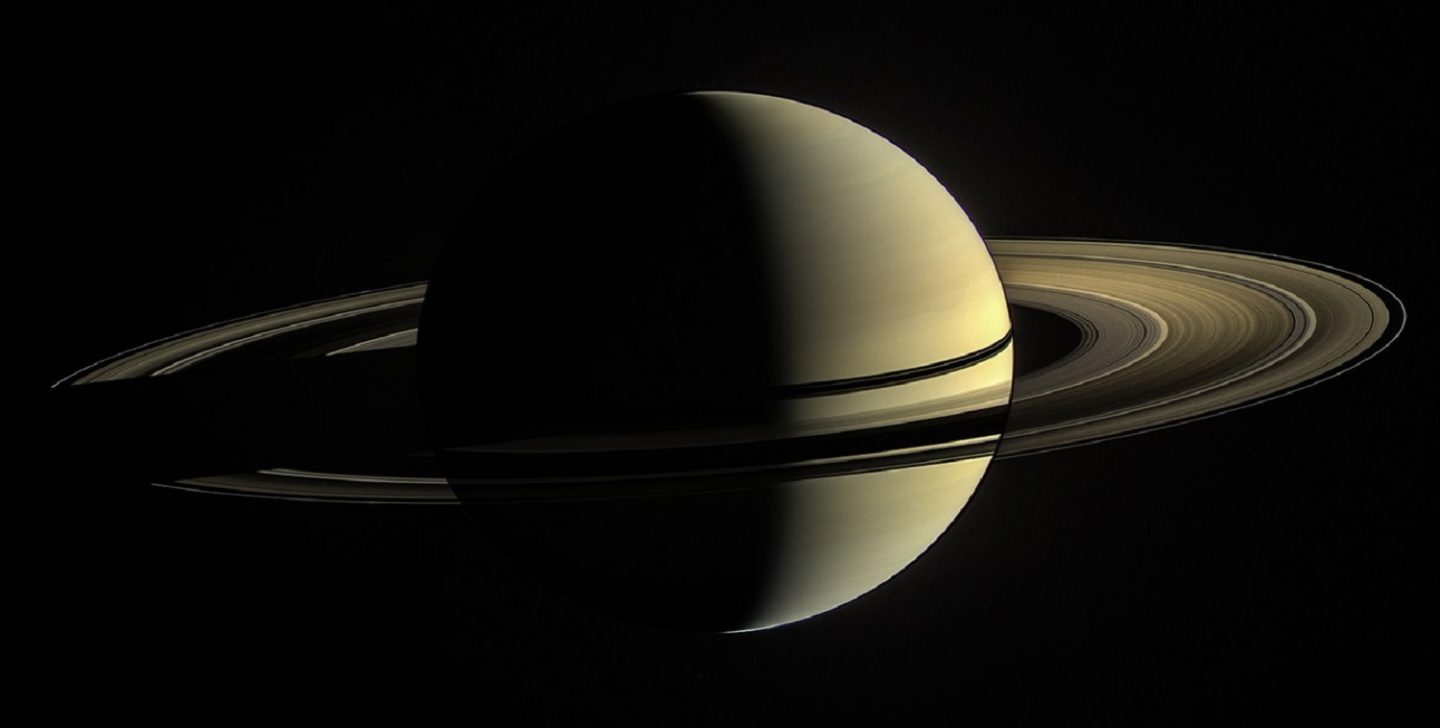 A new study is likely to rekindle the debate about the age of Saturn’s rings.

Writing in the journal Nature Astronomy, a team of researchers led by Aurelien Crida, of the Observatoire de la Côte d’Azur, France, suggests the processes that preferentially eject dusty and organic material out of the rings may be making them look much younger than they actually are.

Since 2017, when NASA’s Cassini mission provided new data from its Grand Finale deep dive into the rings, the majority view has been that they formed just a few tens of millions of years ago – around the time that dinosaurs walked the Earth.

Gravity measurements gave a more accurate estimate of the mass of the rings, and this was used to work out how long the pristine ice of the rings would need to be exposed to dust and micrometeorites to reach the level of other pollutants that we see today.

Crida and colleagues are not convinced, however.

“Recent studies have made assumptions that the dust flow is constant, the mass of the rings is constant, and that the rings retain all the pollution material that they receive,” he says.

“However, there is still a lot of uncertainty about all these points and, when taken with other results from the Cassini mission, we believe that there is a strong case that the rings are much, much older”

They argue that the mass measured during the Cassini mission finale is in extraordinarily good agreement with models of the dynamical evolution of massive rings dating back to the primordial Solar System.

The rings are made of particles and blocks ranging in size from metres down to micrometres. Viscous interactions between the blocks cause the rings to spread out and carry material away like a conveyor-belt.

This leads to mass loss from the innermost edge, where particles fall into the planet, and from the outer edge, where material crosses the outer boundary into a region where moonlets and satellites start to form.

More massive rings spread more rapidly and lose mass faster. The models show that whatever the initial mass of the rings, there is a tendency for the rings to converge on a mass measured by Cassini after around four billion years, matching the timescale of the formation of the Solar System.

“From our present understanding of the viscosity of the rings, the mass measured during the Cassini Grand Finale would be the natural product of several billion years of evolution, which is appealing,” says Crida.

“Admittedly, nothing forbids the rings from having been formed very recently with this precise mass and having barely evolved since. However, that would be quite a coincidence.”

Co-author Hsiang-Wen Hsu points to the October 2018 results from Cassini’s Cosmic Dust Analyser, which showed that 600 kilograms of silicate grains fall on Saturn from the rings every second, as well as other studies that have shown the presence of organic molecules in Saturn’s upper atmosphere that are thought to derive from the rings.

“These results suggest that the rings are cleaning themselves of pollutants,” says Hsu, who was part of the 2018 study.

“The nature of this potential ring-cleaning process is still mysterious. However, our study shows that the exposure age is not necessarily linked to the formation age, thus the rings may appear artificially young.”