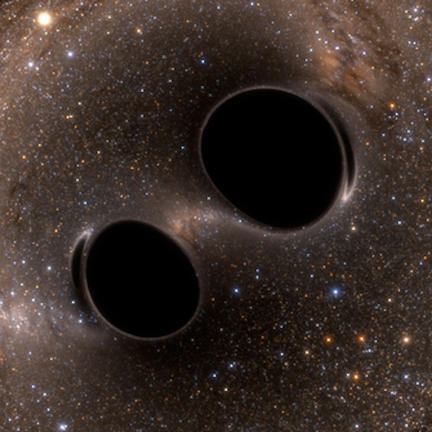 Ladies and gentlemen, we have detected gravitational waves. We did it!

The facts are so beautiful.

I have spent 35 years working towards this detection and the success is very sweet.

Peter Veitch, head of physics at the University of Adelaide and member of the Australian Consortium for Interferometric Gravitational Astronomy.

It will give us ears to the Universe where before we’ve only had eyes.

The Universe has spoken and we have understood.

David Blair, astrophysicist at the University of Western Australia and LIGO collaboration member.

I was planning to run some measurements in the optics lab that day, but that plan went out the window.

Richard Gustafson, physicist at the University of Michigan, when he saw the exciting signal on his arrival at the Hanford LIGO site on the morning of 14 September 2015.

Our first priority was making sure we weren’t fooling ourselves.

Keith Riles, physicist at the University of Michigan and member of the LIGO Detection Committee, which scrutinises promising signals to confirm signals come from the sky, and not an Earth-bound source or instrument glitch.

We spend a lot of time making sure that the instruments are very reliable, it doesn't have any funny noise glitches, so you wonder is this a noise glitch or is this a real signal?

Brian Lantz, Stanford physicist and lead scientist for seismic isolation and alignment systems for Advanced LIGO, who was sitting at his desk when the detection popped up on his computer screen.

For this binary black hole system, it made a distinctive, rising ‘whoooop!’ sound.

Matthew Evans, physicist at the Massachusetts Institute of Technology, on the frequency of the ‘chirps’ emitted by the black holes merging.

Of course Einstein was always the smartest guy in the room.

John Womersley, physicist and chief of the UK’s Science and Technology Facilities Council, on Albert Einstein’s predictions in his theory of general relativity a century ago all finally being confirmed.

Rainer Weiss, physicist at the Massachusetts Institute of Technology, inventor of the interferometric gravitational wave detector and LIGO co-founder.

I'm sure the LIGO team is going to keep us very busy with further surprises.

Stephen Hawking, theoretical physicist at the University of Cambridge.

I don't think it'll bring us any closer to time travel.

Bad news from Kip Thorne, LIGO co-founder and consultant on the 2014 film Interstellar, when asked if detecting gravitational waves will let us travel through time.