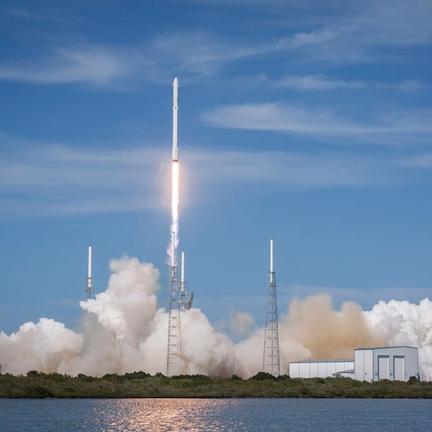 Following (mostly) successful flights over recent months, SpaceX has announced a major ramp up in its Falcon 9 production.

“We’ve had the luxury in years past of having to build only a few rockets a year,” she said.

“Now we’re in this factory transformation to go from building six or eight a year to about 18 cores a year. By the end of this year we should be at over 30 cores per year. So you see the factory start to morph.”

The changes include doubling the number of first stages that can be assembled at the same time and increasing production of Merlin engines which power the Falcon 9 rockets.

Falcon 9s have been busy launching satellites and shuttling cargo to and from the ISS, and after two failed attempts, a Falcon 9 successfully returned to Earth in December, opening the possibility of reusing rockets.

According to Shotwell, SpaceX plans to launch its SES-9 telecommunications satellite on a Falcon 9 rocket “in the next couple of weeks”. Then the calendar is fully booked. “You should see us fly every two to three weeks,” she said.

Crewed Falcon 9 flights are scheduled for 2017.

Meanwhile, the company is set to launch its larger Falcon Heavy rocket later this year – according to the company website the most powerful operational rocket in the world by a factor of two, with the ability to lift 53 metric tons into orbit.